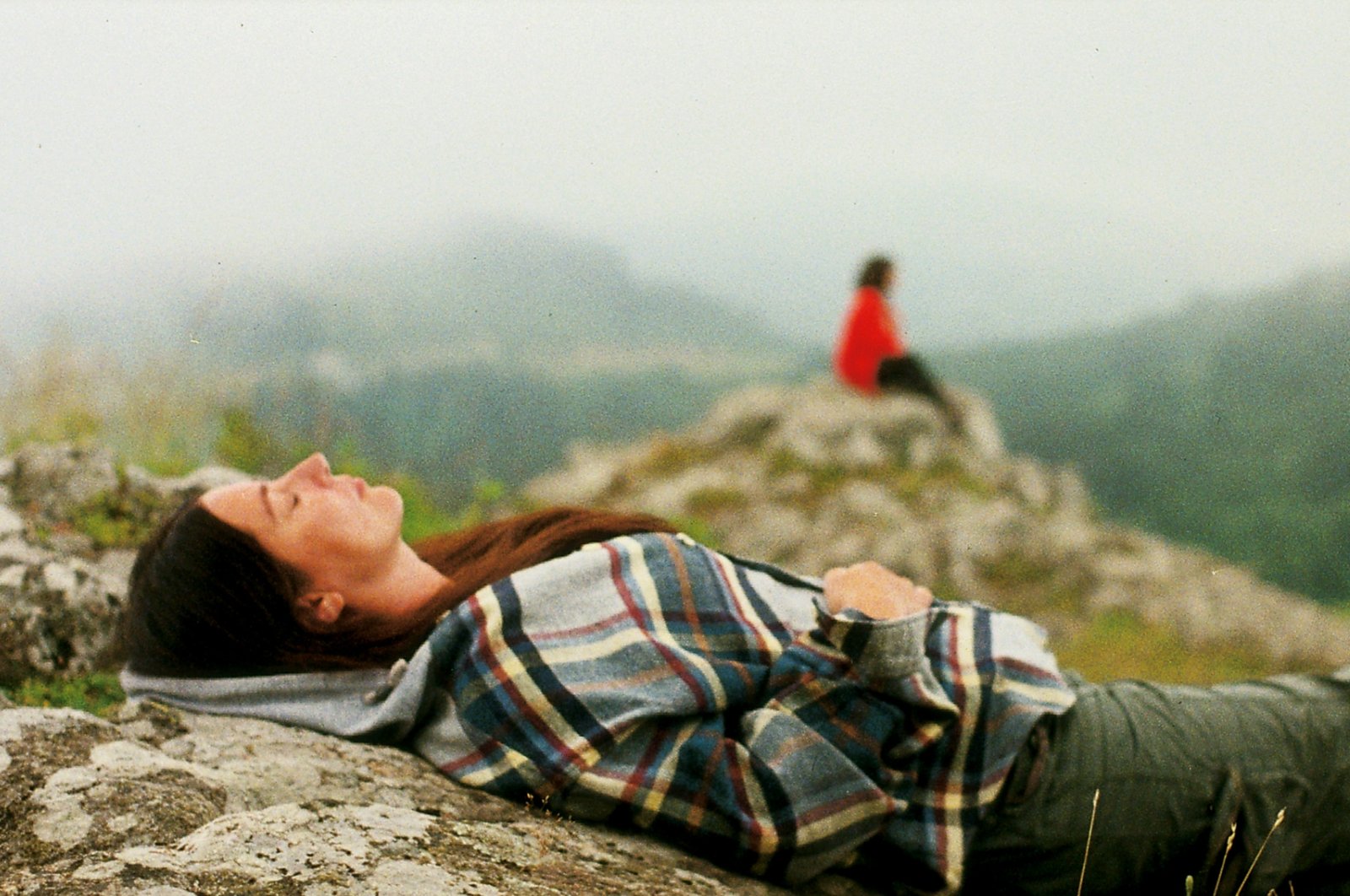 “Crystal Clear” brings together pieces by 20 artists from various countries, addressing environmental and social issues through the light of crystals. “Lost Winds” meanwhile presents four films exploring the relationship between humans and the soil, which artists at the exhibition highlight in their works.

The program will be available March 12-26 and includes three films by Caryn Cline who has been producing experimental films on shades of color and space for more than two decades. Attaching flowers, leaves and similar organic materials to a film strip, a technique which she calls botanicollage, Cline presents what’s familiar to us from a different perspective, calling on us to question our relationship with nature.

In her film “All Flesh is Grass,” Cline brings viewers to a prairie restoration site in rural Missouri in the United States. Another site-specific film by the director is “Lost Winds.” The movie offers a view from San Clemente in California accompanied by animations. The latest movie by Cline, “Butterfly Disaster,” is about the extinction of monarch butterflies in the U.S. The director adjusts archival recordings of butterflies or planes spreading fertilizers through double exposure, scratching, coloring and other techniques, resulting in a purely visual micro-essay asking who is really the pest and who is the infested in this ecosystem.

The program also hosts “Zefir,” the first feature narrative film by Baş about a child’s confrontation with the reality of death, following the theme of “Poyraz,” the director’s award-winning short film.