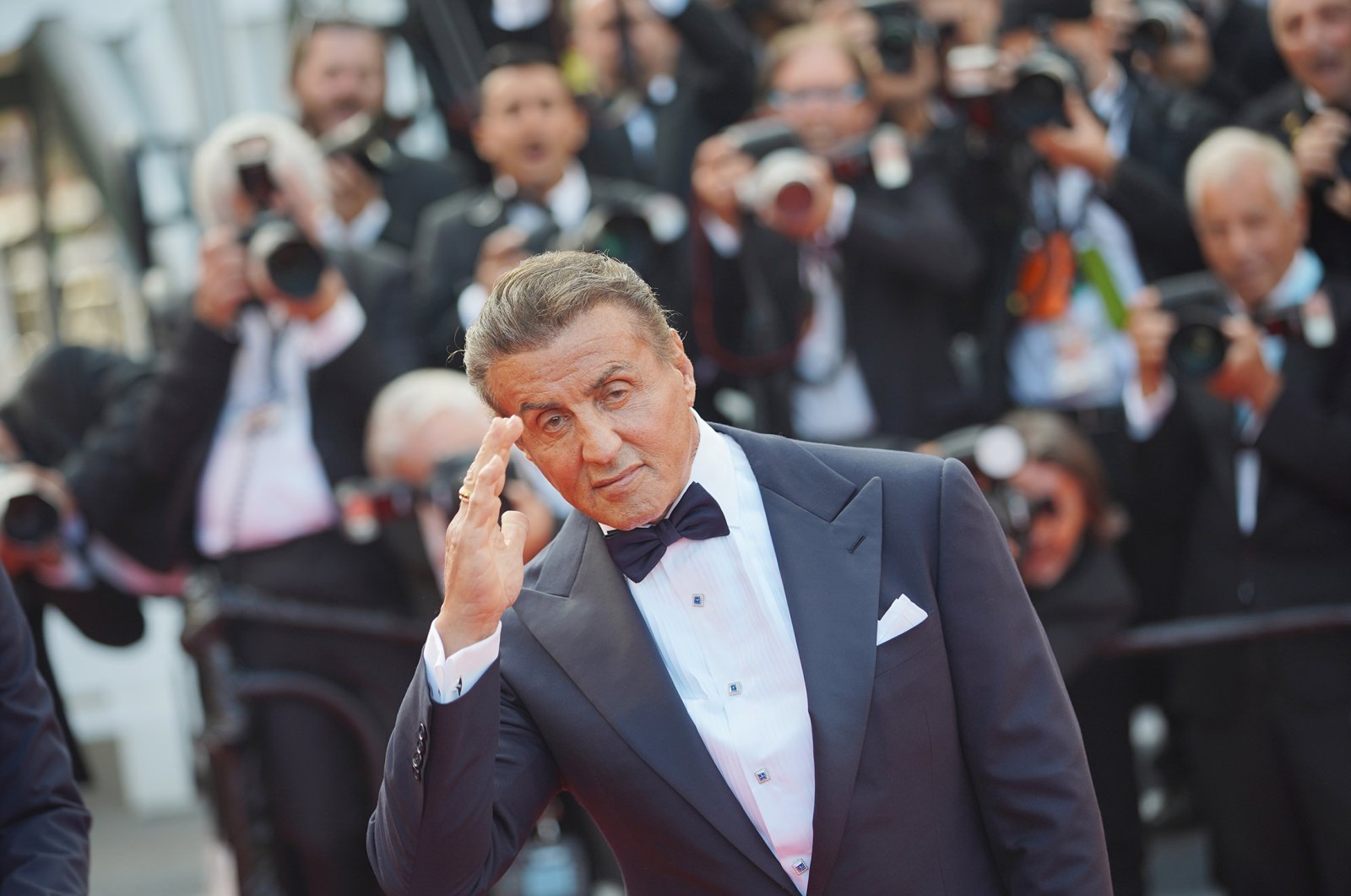 Sylvester Stallone attends the closing ceremony screening of "The Specials" during the 72 Cannes Film Festival in Cannes, France, on May 25, 2019. (Shutterstock)
by REUTERS Sep 15, 2021 11:12 am
RECOMMENDED

From "Rocky" boxing gloves to "Rambo" headbands, is this the last chance for movie fans to get their hands on some of the action genre's most iconic pieces? Movie memorabilia from the career of famous action movie star Sylvester Stallone is going to auction in December, expecting to raise around $1.5 million.

Nearly 500 items from Stallone's personal archives are being sold, including costumes, props, scripts, notebooks and other memorabilia from the actor's biggest films, including the "Rocky" and "Rambo" franchises, "Cliffhanger," "The Expendables" and "Demolition Man," Julien's Auctions said on Tuesday.

"He's a sports guy, that's what he represents, sports and hard graft and people can relate to that," Martin Nolan, executive director at Julien's Auctions, told Reuters.

"And that's why he's so collectible and really, people have very little opportunity to own anything from his life and career until now."

Asked why the actor, now aged 75, was selling the items, Nolan said: "He actually is relocating, he's selling his house, so that's a perfect time for anyone to sort of downsize."

"We expect ... a huge response to this (auction) announcement because people have pent up demand for iconic items like this, authentic items coming directly from the man himself."

Other items for sale include posters, the boxing mouth guard worn by Stallone in "Rocky," a costume designed by Gianni Versace for "Judge Dredd" and a "Cliffhanger" arm sculpture.

"Everything is pretty much at no reserve and they are conservatively estimated," Nolan said.

"Overall, we estimate the sale in the range of $1 (million) to $1.5 million. That's a conservative auction estimate because they are so iconic and people love this stuff."

The "Property from The Life and Career of Sylvester Stallone" sale takes place on Dec. 5 at Julien's Auctions in Beverly Hills and will be preceded by an exhibition of the items in London starting on Thursday at the Mall Galleries.