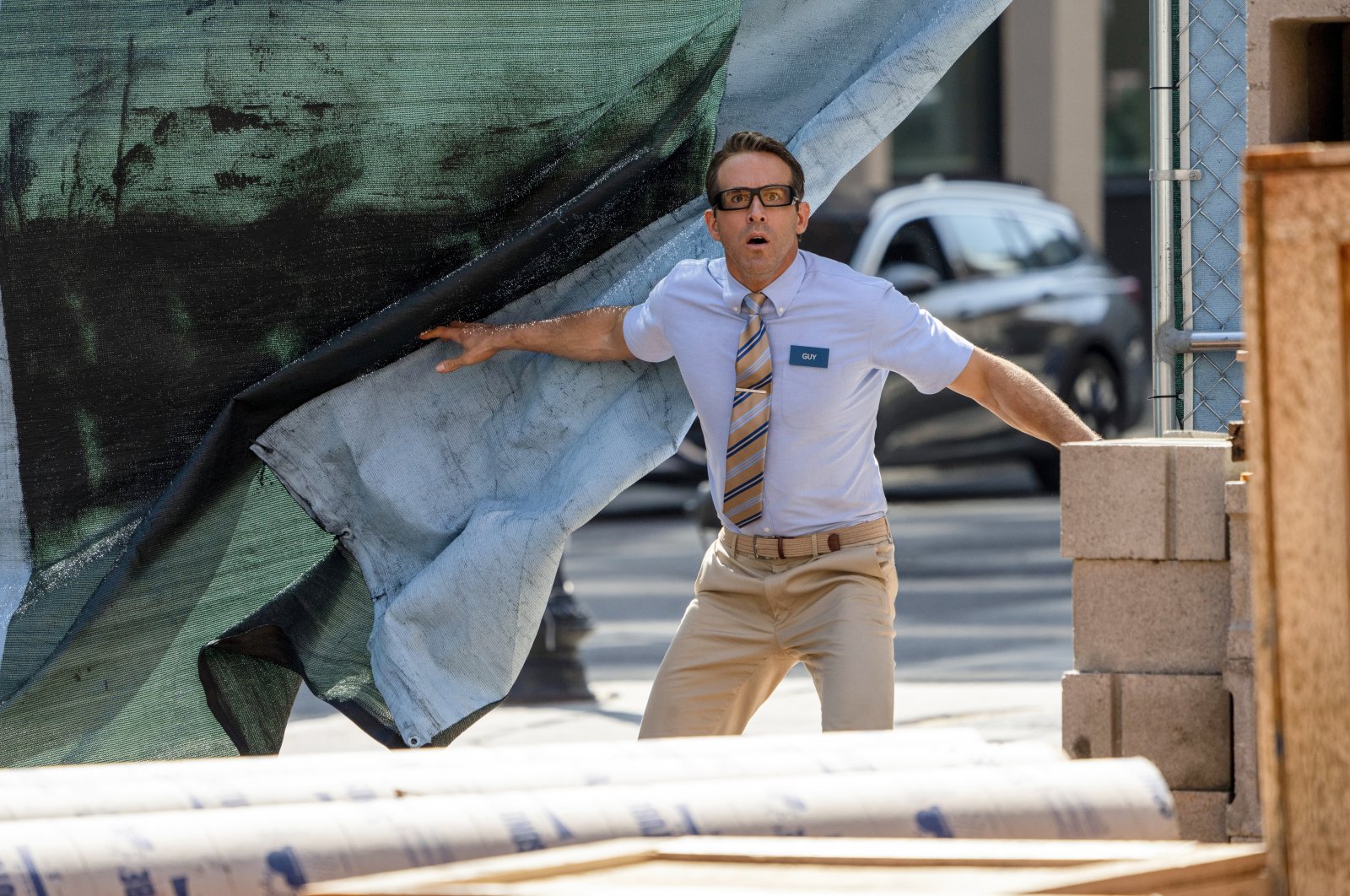 This image released by 20th Century Studios shows Ryan Reynolds in a scene from "Free Guy." (AP Photo)
by REUTERS Aug 11, 2021 11:03 am
RECOMMENDED

The latest movie of Canadian actor Ryan Reynolds, especially known for his titular role in the superhero flick "Deadpool," goes beyond genre classification, bringing diverse and elements together in one film.

"It's an action, comedy, adventure kind of film. It's inspiration is 'Back to the Future' and movies like that," said Reynolds.

"Free Guy" is set in a video-game world, but Reynolds says that doesn't make it a video game movie. "We're kind of smuggling a lot of other themes into that premise," he said.

Opening in movie theaters on Friday, "Free Guy" is the story of a bank teller who discovers he is a nameless background player in a hyper-realistic video game. He decides to break out and forge his own path in a story that moves between the real world and the virtual world.

In a business dominated by sequels, spinoffs and franchises, Reynolds says "Free Guy" stands out.

"It's become an increasingly rare unicorn in this industry where you get to make a movie that is based on nothing other than an original idea," said the actor, who is also a producer on the film.

Professional gamer Ninja, who has some 24 million subscribers to his live streams, was uncomfortable seeing himself on the big screen.

"I don't want to see myself on camera, which is funny because I'm always on camera, so it's a little weird," said Ninja, whose real name is Richard Tyler Blevins.