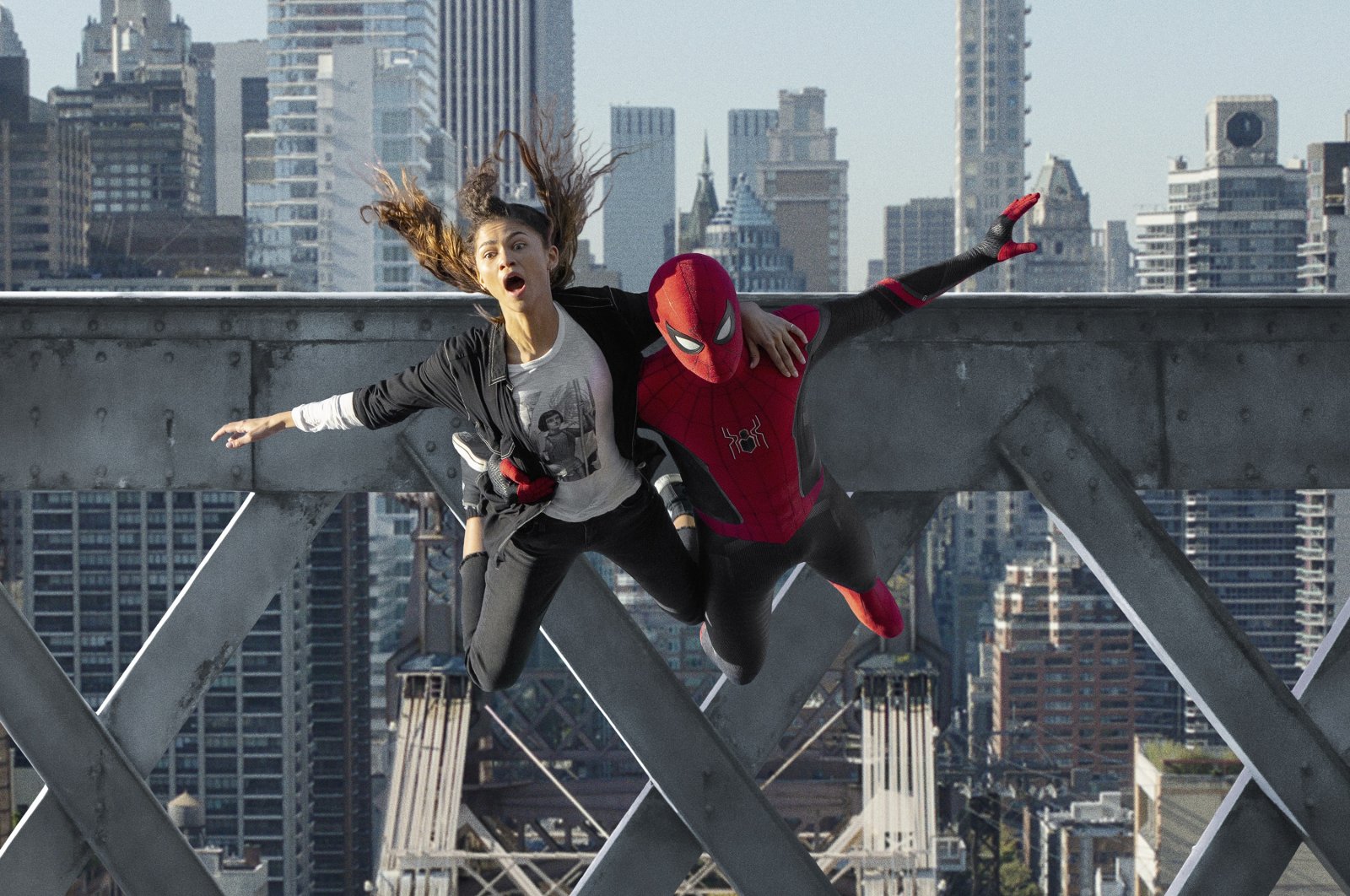 It is shaping up to be a particularly merry Christmas for Marvel as "Spider-Man: No Way Home" maintained its No. 1 spot in the box office over the weekend for the 2nd week straight and – despite emerging competition from "Matrix" and "Sing" sequels and rising concerns over omicron – dominated the ticket sales to become the first pandemic-era film to surpass the $1 billion mark at the global box office.

According to studio estimates Sunday "Spider-Man" added $81.5 million over the three-day weekend, down 69% from its first weekend. The Sony and Marvel film has now grossed $467 million from North American theaters, more than doubling the domestic grosses of 2021′s previous No. 1 film, "Shang-Chi and the Legend of the Ten Rings."

With $587.1 million from 61 overseas markets, in just 12 days of release, "Spider-Man" has grossed $1.05 billion globally. It's the first film of the pandemic to cross $1 billion and is tied with "Star Wars: The Force Awakens" for being the third-fastest film ever to do so – and this without the benefit of its release in China.

Sony's comic-book epic has eclipsed that milestone in a near-record 12 days. Only 2018's "Avengers: Infinity War" and 2019's "Avengers: Endgame" were quicker, smashing the coveted tally in 11 and five days, respectively.

The animated musical "Sing 2" features high-profile celebrity talent including Matthew McConaughey, Scarlett Johansson, Reese Witherspoon and Bono, as well as a jukebox soundtrack full of well-known hits. Since its release Wednesday, it’s made $41 million – $1.6 million of that came from Thanksgiving weekend showings – from North America and $65 million worldwide.

Orr said the stellar CinemaScore – A+ – and audience scores suggest that the film will continue to perform well in the next few weeks, when many kids are still out of school for the holidays.

The fourth Matrix also opened on Wednesday and has earned an estimated $22.5 million in its first five days in North America. The film, directed by Lana Wachowski and starring Keanu Reeves and Carrie-Anne Moss, is currently streaming on HBO Max as well. Globally, it’s grossed $69.8 million to date.

While the studio was hoping for a stronger box office, Jeff Goldstein, Warner Bros.' head of domestic distribution, said the movie achieved what they were looking for as an overall strategy including HBO Max.

"The Matrix Resurrections" is the last of the 18 Warner Bros. films released in 2021 to debut both in theaters and on HBO Max simultaneously. Starting in 2022, the studio will have a 45-day exclusive theatrical window on their films.

In fourth place was Disney and 20th Century’s "The King’s Man," a prequel to the action-comedy Kingsman series starring Ralph Fiennes. It came in slightly under expectations with $6.4 million from the weekend and $10 million from its first five days. The audience skewed heavily male (65%).

The Kurt Warner biopic "American Underdog" opened on Christmas Day and has made an estimated $6.2 million in its two days in release to round out the top five. Zachary Levi stars as Warner, the quarterback who went from undrafted free agent to Hall of Famer.

Paul Thomas Anderson’s "Licorice Pizza" expanded nationwide on Christmas, after playing in limited release for a month, and added $2.3 million bringing its total to $3.7 million. And right behind it was the Denzel Washington-directed drama "A Journal For Jordan," which rose to $2.2 million.

With just a few days left in 2021, the North American box office is currently sitting at $4.3 billion and is likely to net out around $4.4 billion. Pre-pandemic, it was normal for a year's box office to surpass $11 billion.

"To say 2021 was a roller-coaster year is an understatement," said Paul Dergarabedian, the senior media analyst for Comscore, Inc. "The marketplace is still facing challenges from the pandemic, but what an amazing capper to one of the most incredible years ever at the box office."

He added: "The future of the movie theater a year ago was a big question mark, and a year later it’s here to stay."