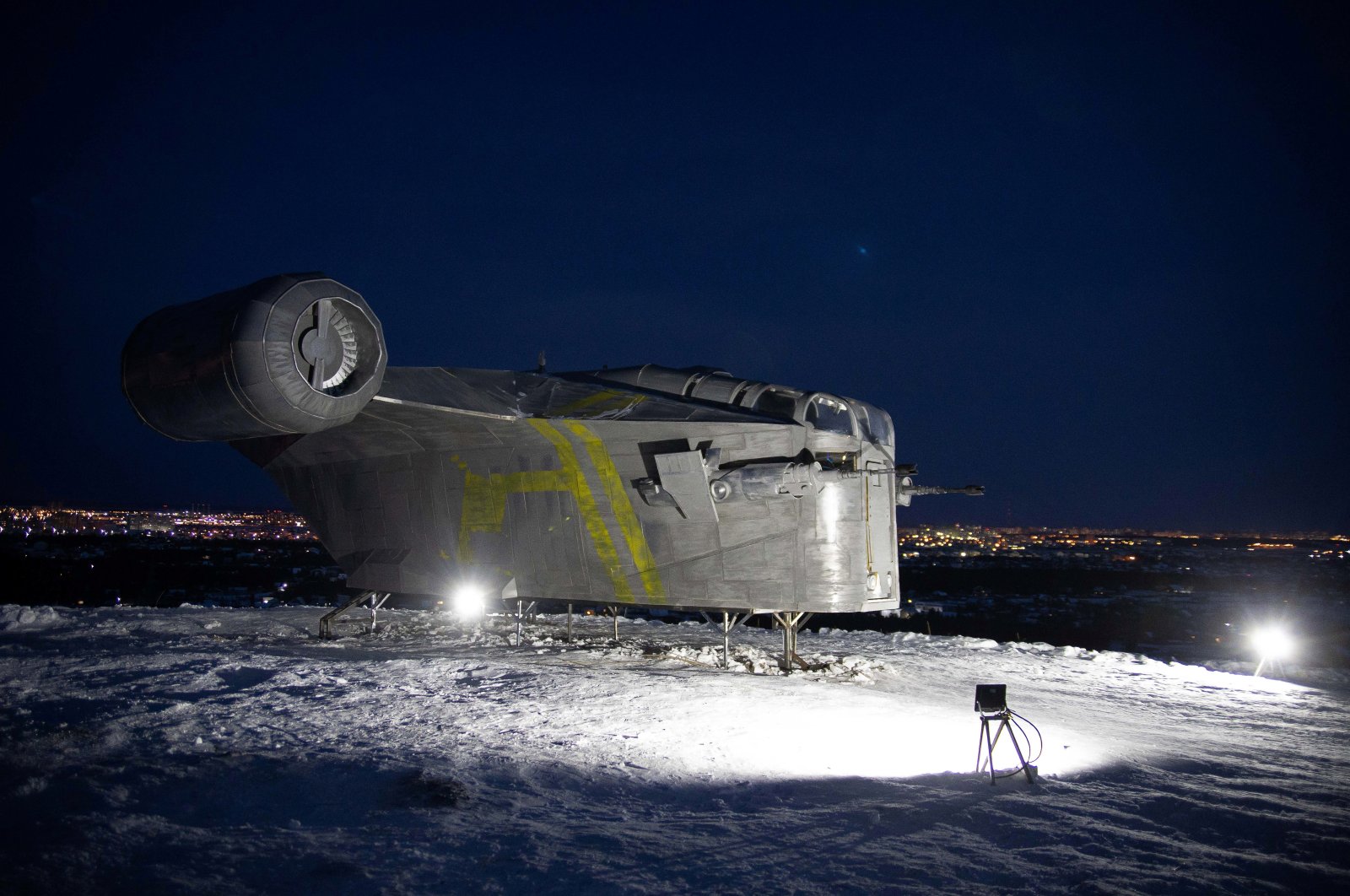 Star Wars fans in Russia have built a giant replica of a spaceship from the spinoff series "The Mandalorian" and installed it in a park in one of the world's coldest cities.

The model of the Razor Crest, a gunship used by the hit TV show's mysterious bounty hunter to roam the galaxy's outer reaches, now sits on a snow-covered hill in a park in the eastern Siberian city of Yakutsk.

"The ship weighs more than a ton," Ayaal Fyodorov, 28, told Agence France-Presse (AFP), adding that it had taken him and his cosplayer friends around three months to build it.

The sci-fi vessel, which stands four meters (13 feet) tall, has been made from fibreboard, metal and plastic foam.

The makers sought to meticulously recreate the spacecraft's interior and the vessel even has a lowering ramp and a seat for Baby Yoda, a small creature with whom the protagonist, Din Djarin, forms an unlikely bond.

Fyodorov said he and his friends were "shocked" to see the ship getting destroyed in the series' second season.

"We were very much motivated to make it. As if we were inside the TV series and rebuilding the ship," Fyodorov said.

Fyodorov first used his savings, then sold his car, then asked ordinary Russians and companies to pitch in.

He is proud of the result.

"This is the only such cosplay ship in the world," he said, standing next to his creation.

The space vessel, which is one of the signature symbols of the TV show released on the streaming service Disney+, has become a major point of attraction for locals and tourists alike and has won praise from experts in a region known for its booming film industry.

"Honestly, I did not expect this to turn out so well," said Semyon Shishigin, head of Taragai Cinema, a local film studio, who recently brought his family to the park to look at the ship.

"I see that there are lots of locals here, and most of them came to see the ship. That's just fantastic!"