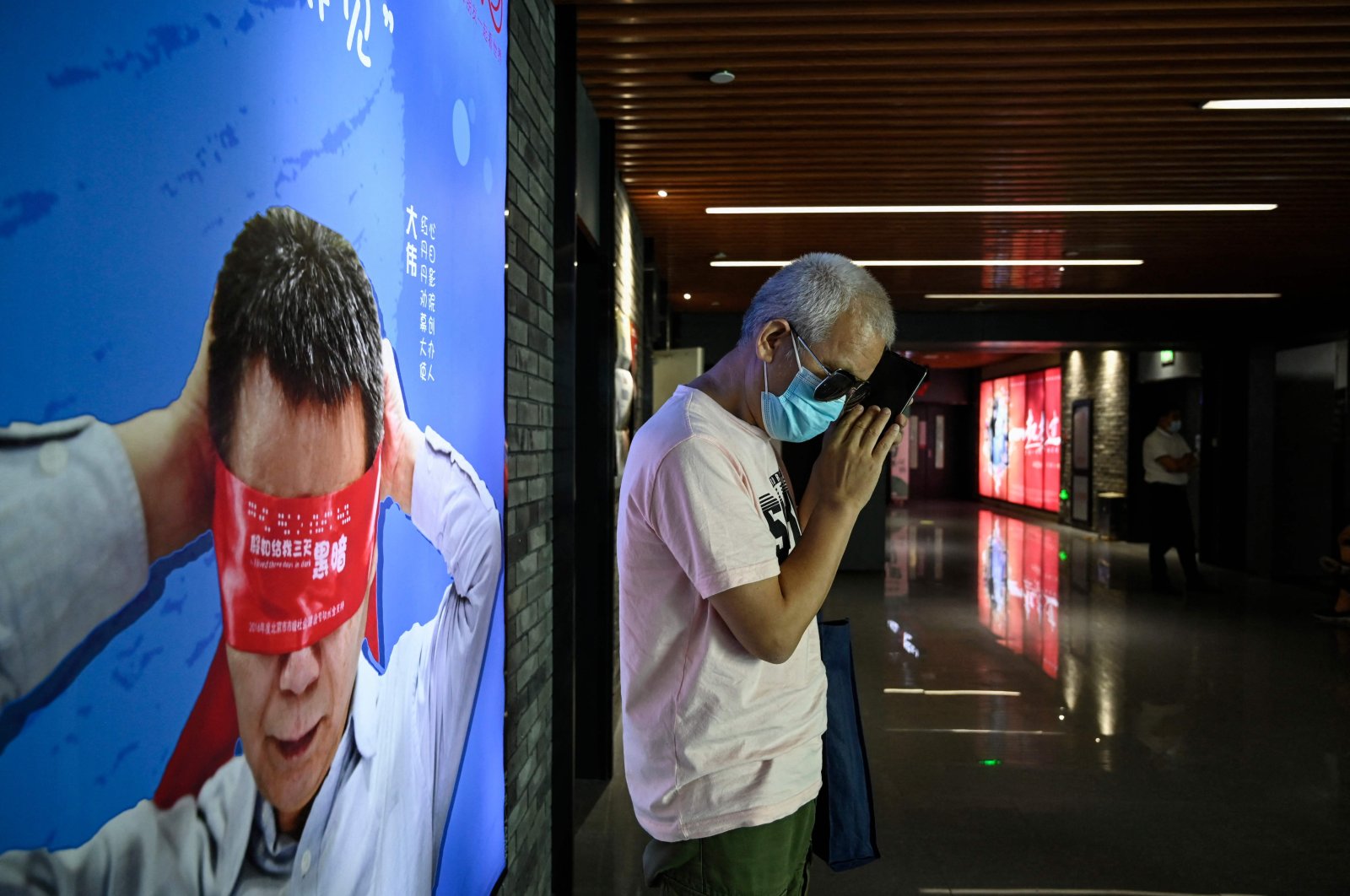 The movies, or motion pictures, have long been a uniquely audio-visual medium. So, it has been hard for people with hearing or visual impairment to enjoy theatrical experiences. However, some around the world are trying to mitigate that issue, and one such example is a movie theater in China's Beijing.

Every Saturday, Zhang Xinsheng travels two hours for a movie date with friends, navigating Beijing's confusing subway system with his white cane and a speaking map that screams directions on his mobile phone.

Zhang lost his sight in his early twenties due to a degenerative condition, but since going blind has discovered a love for cinema at the "talking film" club, where volunteers give vivid narrations to an auditorium of blind or partially sighted moviegoers.

"I felt I could understand the film despite my blindness. There were clear images forming in my mind's eye ... as (the narrator) described the scenes ... of laughter, the crying."

Now 51, he makes the weekly pilgrimage to a theater in Qianmen, in the heart of old Beijing, without fail.

Their method is surprisingly low-tech. A narrator describes what is happening on screen, including facial expressions, unspoken gestures, the setting and costumes.

They relay visual clues that would otherwise be missed, like a sudden change of scenery from falling leaves to snow that conveys the passage of time.

Last month the group screened "A Street Cat Named Bob" – a story of a ginger feline who helps a homeless man in London quit drugs and become a bestselling author.

Narrator Wang Weili described what is happening on-screen: "There is snow falling over London, a city in England. It's a little like Beijing but the buildings aren't that tall," he says in between the dialogue dubbed in Chinese.

"A man with binoculars – two long round cylinders used to see things that are far – is watching James as he sings on a street corner with Bob the cat."

There was pin-drop silence as he spoke. No one whispered or crunched snacks – instead, the audience listened intently.

'Tell me what you see'

Wang was inspired to introduce films to blind audiences after narrating "The Terminator" to a friend.

"I saw sweat pouring from his forehead when I described the action scenes. He was so excited," he said. "He kept saying tell me what you see!"

Wang rented a small room in an old Beijing courtyard with his savings in 2005 and started the talking film club with a small flat-screen TV, a secondhand DVD player and about 20 chairs.

Explaining films to blind audiences can be challenging, especially if the plot has historical or imaginary elements that audience members are yet to encounter.

"I watch a film at least six or seven times ... and write my own detailed script," the businessman-turned-disability activist said.

Xin Mu now partners with bigger cinemas for their screenings. The pandemic has also pushed the team to introduce a streaming service with recorded audio narrations.

The group has screened nearly a thousand films over the past 15 years.

China has more than 17 million people who are visually impaired. Some 8 million of them are completely sightless, according to the China Association for the Blind.

Over the past decade, cities across the country have built more blind walkways, added braille markings on elevator panels and allowed blind candidates to take exams for government jobs and colleges.

"But the blind community have limited opportunities to participate in cultural activities," said Dawning Leung, Founder of the Audio Description Association in Hong Kong.

"They are shut out of cinemas, theaters or art exhibitions because there is no awareness about the need for audio narrations," she said.

"Even audio descriptions at museums are written with sighted people in mind. They tell you about the history of an object or where it was found but rarely describe what it looks like," she explained.

Activists have for years pushed for legislation mandating audio descriptions for films, television programs or artwork in mainland China, like those in Hong Kong, with little progress.

The free film screenings by Xin Mu offer a rare chance for blind moviegoers to be part of the world's biggest box office.

His favorite film is Bollywood blockbuster "Dangal," where a strict dad coaches his daughters to overcome social taboos and become champion wrestlers.

"At times I think, just like the protagonists in that film, I can change my fate by working hard," he said.