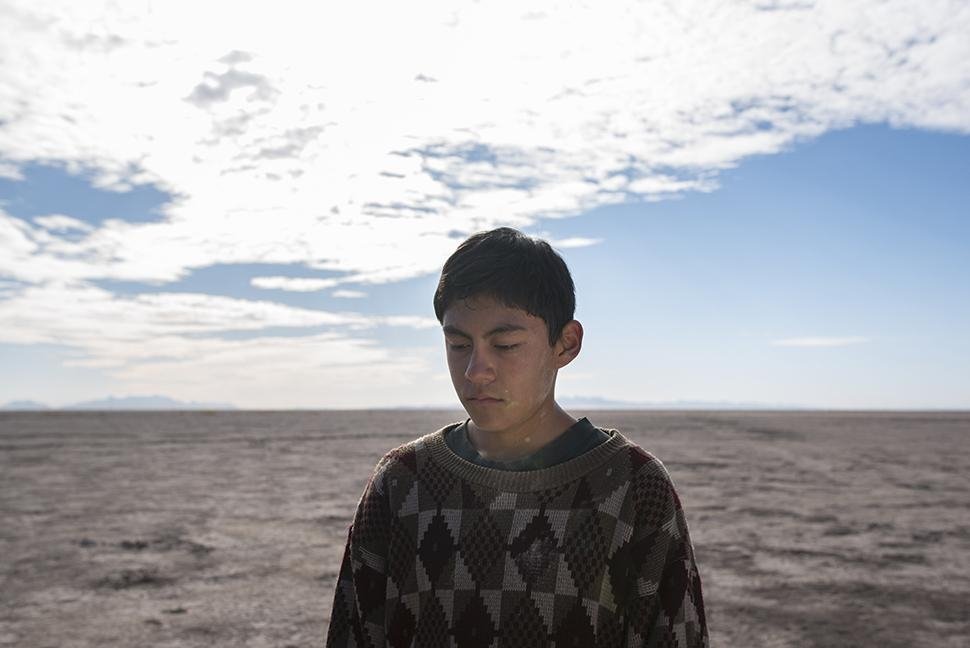 Venezuelan director Lorenzo Vigas’ "La Caja" (“The Box”), which is competing for the top award at the Venice Film Festival, brings the story of the Mexican textile sweatshops to the big screen. The movie shines a light on labor exploitation through the eyes of its protagonist, a teenager.

“The Box” centers around young Hatzin, who has gone to collect the remains of his father, one of the countless people who suddenly vanish in northern Mexico only to be found in a mass grave.

On his way home, Hatzin stumbles into Mario, a man who looks like his father and reluctantly takes the boy under his wing.

Hatzin seems to have achieved his sense of belonging, only to find out that Mario makes a living hiring desperate people to work in the garment factories dotting the barren landscape.

"We are at war with China," one of Mario's associates tells the would-be laborers he is selecting on the side of the road. "The problem is the little Chinese girls have tiny hands and they are very fast."

"The Box" is the closing part of Venezuelan director Lorenzo Vigas's trilogy about fraught relationships between fathers and sons. His previous film, "From Afar," took the top prize in Venice in 2015.

He said that working in factories like the ones shown in the movie, with row after row of laborers toiling on sewing machines and steam presses to make jeans, is the only way to make ends meet for many Mexicans.

"Everyone in the north of Mexico depends on the factories," Lorenzo Vigas told Reuters in an interview.

"I am not saying that all the factories treat people badly, but you have factories that imprison their workers, much worse than what you see in the movie."

Lorenzo Vigas shot the film in the northern Mexico state of Chihuahua, where drug gangs are rife and can be easily blamed for the sudden disappearance of those who work in the factories.

Senseless violence in everyday life is also a theme in the background of "Sundown," another Mexican film screening in Venice's main competition line-up by director Michel Franco.

Starring Tim Roth and Charlotte Gainsbourg, the film follows members of a wealthy British family vacationing in the resort city of Acapulco, where hitmen come by boat to kill their targets and armed soldiers are seen patrolling the beaches.

"As a Mexican, you get used to hearing about violence every day," Franco told Reuters.