The ins and outs of weapons on movie sets 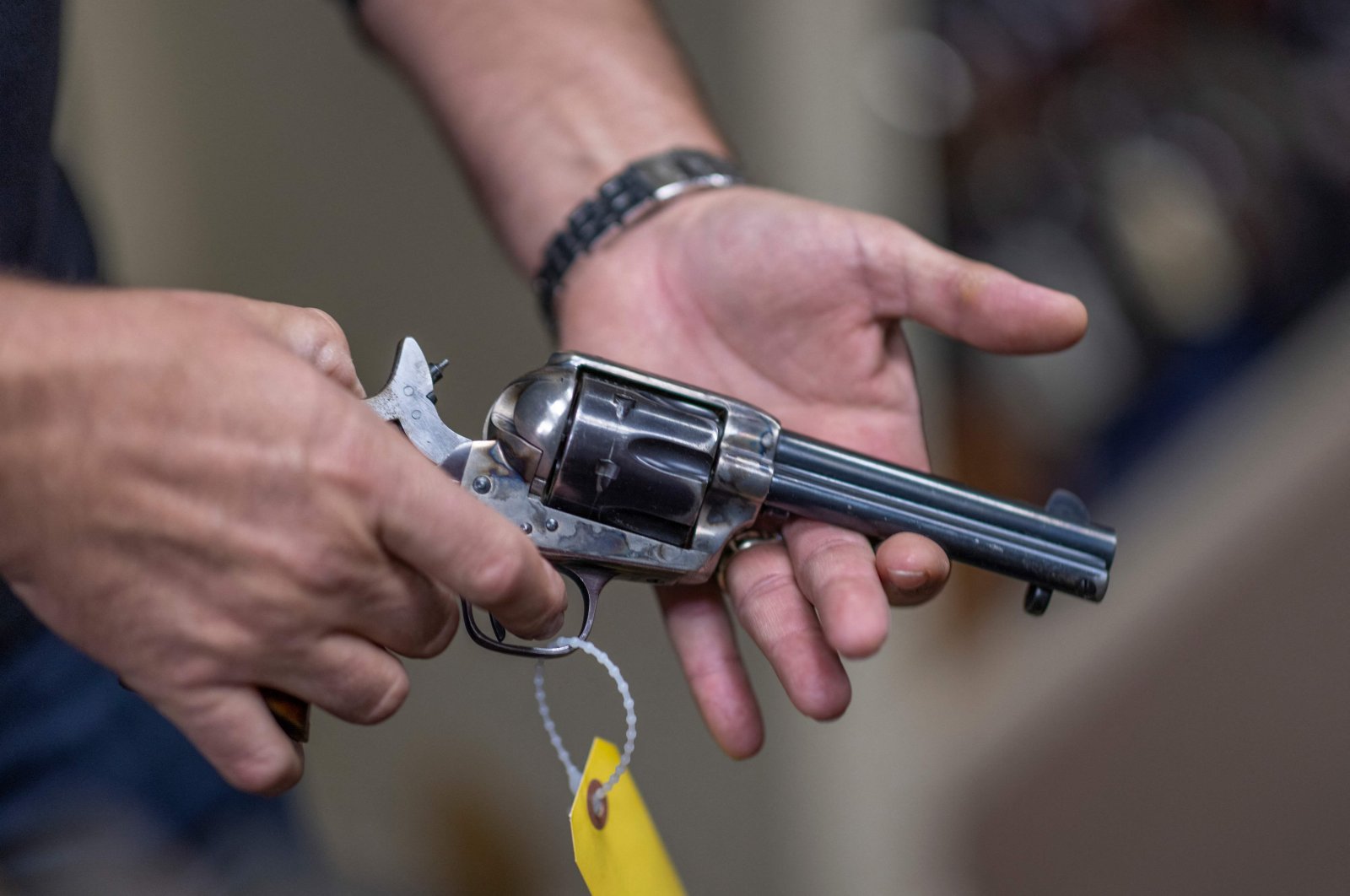 As the world of cinema mourns cinematographer Halyna Hutchins who died Thursday after actor Alec Baldwin fired a loaded weapon handed to him by an assistant director who mistakenly believed it was safe to use on the set of Western film "Rust" in New Mexico, fans and professionals alike are trying to piece together what exactly happened and how such an incident could occur.

While many things still aren't known – police are investigating – a closer look at the use of firearms on film and television productions and the safety protocols in place, might give you a better understanding.

It's a loose definition and could apply to anything from a rubber toy to a real firearm that can fire a projectile. However, if it's used for firing (even just blanks) it's considered a real gun. Chris Burbank, a former police chief in Salt Lake City who has consulted on several TV productions, said firearms for simulations during police trainings or film productions are often made so that they can only be loaded with blanks.

A blank is a type of gun cartridge that contains gunpowder but no bullet. Still, it can seriously hurt or kill someone who is close by, according to the Actors' Equity Association. Film firearms safety coordinator Dave Brown wrote in a 2019 piece for American Cinematographer that, "Blanks expel gunpowder and hot gases out of the front of the barrel in a cone shape. This is harmless at longer ranges, but the explosion can seriously injure someone if it's too close."

The gun was loaded with live rounds, court records released Friday show. According to the records, the gun was one of three that the film's armorer had set on a cart outside the wooden structure where a scene was being acted. Assistant director Dave Halls grabbed the gun from the cart and brought it inside to Baldwin, unaware that it was loaded with live rounds, a detective wrote in the search warrant application.

Generally, a weapons master or armorer oversees all weapons that are used on a production. This can mean anything from selecting the correct items for a certain period in history, to taking care of the weapons on set and making sure they are being used safely and properly by actors and stuntpeople. It's a fairly new position in the history of film production, going back only to the 1980s.

Before that, the prop master handled everything. Recently, it's become more common to enlist specialists.

The weapons master is required to be on set whenever a weapon is being used. The Actors' Equity Association's guidelines state that, "Before each use, make sure the gun has been test-fired off stage and then ask to test fire it yourself. Watch the prop master check the cylinders and barrel to be sure no foreign object or dummy bullet has become lodged inside." Further, "All loading of firearms must be done by the property master, armorer or experienced persons working under their direct supervision."

According to Backstage magazine, there's no formal path to becoming a weapons master but it is common to have internships and apprenticeships or a background in stunt work, the military, police or security. Weapons masters are required to abide by state and federal laws and hold proper operating permits.

We don't know what happened on the set of "Rust," but it is fairly common to have a gun pointed at the camera, and by extension the cinematographer, to get a certain angle.

"We've all seen the very famous shots in films where you get that dramatic effect of a gun being pointed at you, the audience, and of course, it's being pointed towards the camera," explained Steven Hall, a veteran second unit director and cinematographer who has worked on films like "Fury" and "Thor: The Dark World." "To minimize that, one would put a remote camera in that place, or at least if someone does have to operate the camera, I'm normally protected by safety goggles, a safety visor and often a PERSPEX screen that withstands pretty much anything. Obviously, it wouldn't withstand a real shot from a gun, but it would certainly withstand a blank."

How could this happen?

While the specific circumstances of the "Rust" shooting are still unknown, professionals in the business say that sometimes the crew and production are encouraged to "speed things up" for any number of reasons which can sometimes lead to "relaxed" safety protocols.

"Rust" is set in the 1880s and according to Hall, when period weapons are used "you have to use actual historic period weapons and to check the safety of those weapons. I have known live rounds to be fired out of revolvers, certainly, to make sure that they do function in a way that when you put a blank in, it isn't going to blow up or explode in the actor's hands."

It is becoming more common to add in gunfire in post-production when working on the visual effects. But visual effects can be expensive and it can be easier, and cheaper, to use props. Also, Dormer says that there can be advantages to using props and blanks, like getting an authentic reaction from an actor.

There has been an outpouring of dismay and anger from all levels of the industry that something like this could have happened. Director James Gunn tweeted that his greatest fear is that "someone will be fatally hurt on one of my sets." Alex Winter tweeted that, "Crew should never be unsafe on set and when they are there is always a clearly definable reason why."