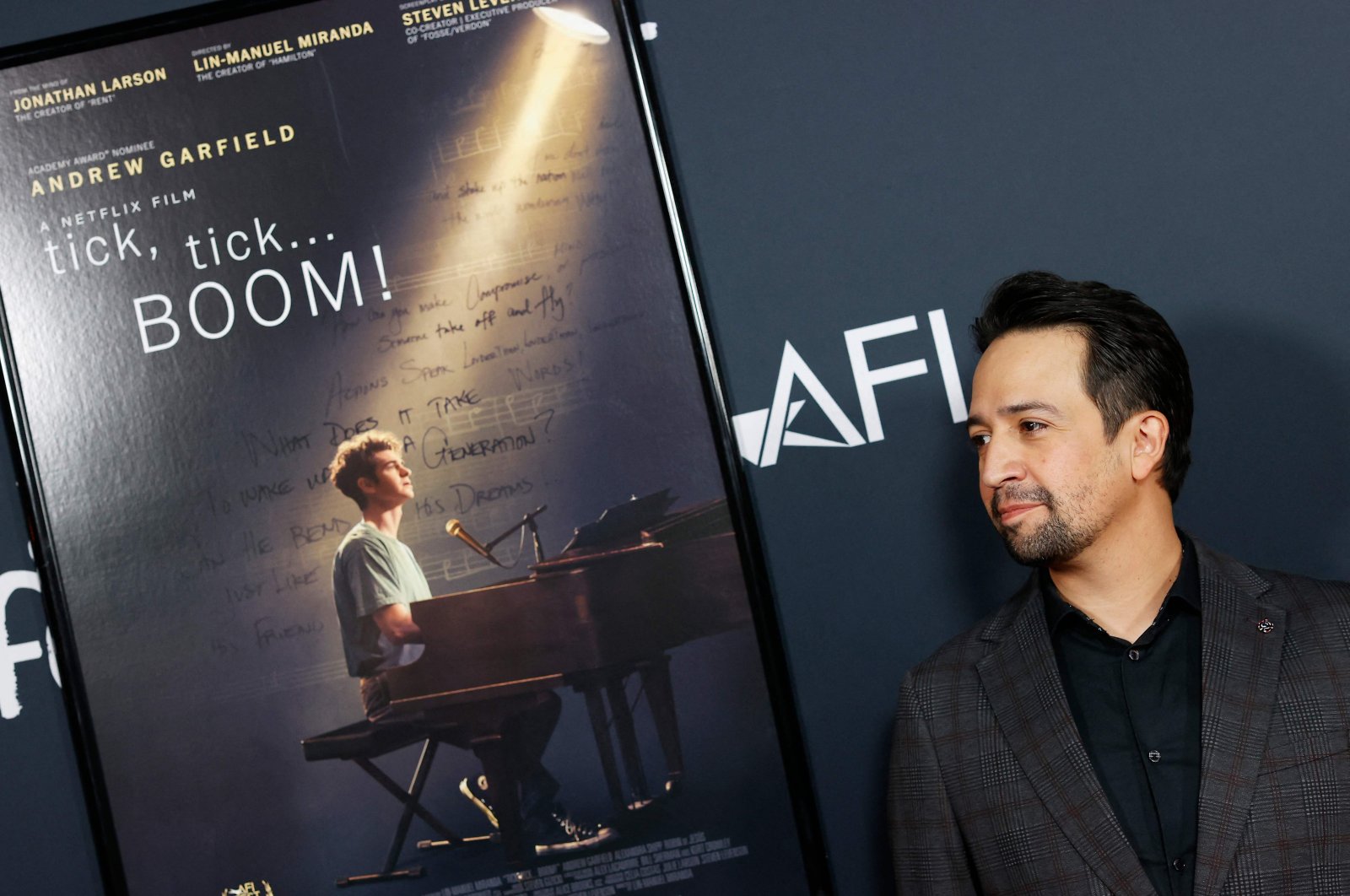 Creator of the Broadway sensation "Hamilton," Lin-Manuel Miranda premiered his directorial debut with the film "tick, tick... BOOM!" as the opening act of the American Film Institute's festival on Wednesday, saying that he had returned to his first love of cinema but was itching to write musical theater again.

The movie, which had its world premiere at AFI Fest in Los Angeles, pays tribute to Jonathan Larson, the writer of "Rent" who was Broadway's wunderkind a generation before Miranda.

"Film was my first love. I fell in love with movies, my grandfather owned a VHS video store when I was a kid – Miranda Video," Miranda told Agence France-Presse (AFP).

"I spent my summers watching everything – very little of it appropriate to a child of seven or eight years of age, but I watched it all!

"And so I feel like I've come all the way back around to my first love."

Miranda's "tick tick... Boom!" is an adaptation of Larson's stripped-down musical of the same name, which recounted his struggles to create art and his fear of growing old without success.

Larson died aged just 35, never getting to see and enjoy the huge popularity, plethora of Tony Awards and Pulitzer Prize for drama that "Rent" would garner.

"It's the only movie I ever actually daydreamed about (making) as a movie before I even got the opportunity to direct," said Miranda, who saw Larson's musical while still at university.

"It was the month after the terrorist attacks of September 11, when everyone was questioning, like, 'what am I even doing with my life?'

"And the entire musical is about 'what are you even doing with your life?'

"It felt like a personal attack and a call to action."

The film cuts between Larson – played by Andrew Garfield – performing the original rock monologue of "tick tick... Boom!" on stage in New York, and flashbacks to the life events that inspired it.

"I brought the music I loved – hip hop music and Latin music – into my work the same way Jonathan took rock music into his," said Miranda.

"Sort of just advancing his thesis, I feel like a student of his."

"It's worked out pretty well!"

While "tick tick... Boom!" is Miranda's first feature film as director, he has been in growing demand in Hollywood since the colossal success of "Hamilton."

Disney bought the streaming rights to a taped stage production of "Hamilton" – which tells the story of the United States' founding fathers via hip-hop – for $75 million.

Miranda also produced a film version of his first musical, "In The Heights," and wrote the songs for Disney's forthcoming Colombia-set magical realist fantasy, "Encanto."

Former "The Amazing Spider-Man" star Garfield told AFP that Miranda had "set up an atmosphere of community that you only really get in theater, that you don't often find in film."

Co-star and "Hamilton" alumnus Joshua Henry joked that while navigating his way as director, Miranda sometimes "would say cut when he meant action and vice versa."

"But seeing him come into his own was a really inspiring thing."

While delays due to the pandemic closing theaters for months have caused the releases of Miranda's various big-screen efforts to coincide, he told AFP he is back "seeing as much theater as I can" on Broadway.

"And I'm itching to write again too, once I'm on the other side of all of these movies that are all coming out the same week because of the pandemic," he said and concluded: "I'm excited to clear my desk."