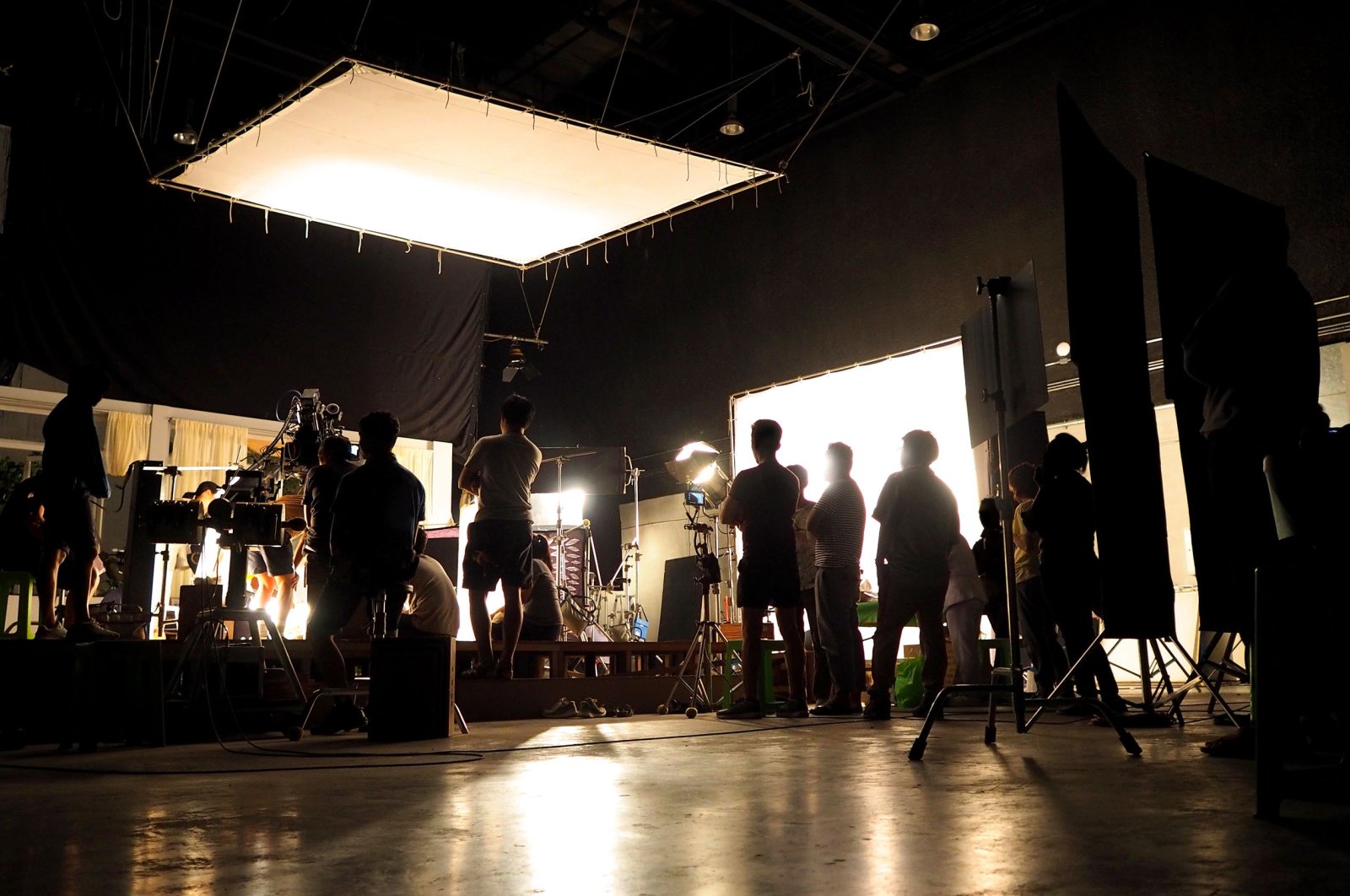 A film crew's silhouettes and equipment can be seen behind the scenes of a video production. (Shutterstock Photo)
by DAILY SABAH Feb 19, 2021 12:28 pm
RECOMMENDED

The Culture and Tourism Ministry recently announced film projects that will be provided monetary support of around TL1.8 million (nearly $260,000) in 2021, to encourage young filmmakers to produce quality cinematic work.

The ministry has decided to support some 88 film projects selected through an evaluation conducted by an eight-person board, including representatives from the cinema industry and the ministry.

Among the projects that will receive financial aid are 43 short film projects, which in total will receive TL 799,000; 35 script and dialogue pieces that will be supported with TL 553,000; seven animated features with TL 200,000 and three developmental projects with TL 230,000, bringing the total amount of the monetary support to TL 1.78 million.

The increase in the support compared to the previous years for up-and-coming female writers and directors, which now constitute 55% of those receiving support in the script category and 45% in all categories, has been welcomed by the ministry.

The ministry had also previously announced financial support, amounting to TL15.9 million, for cinemas that have been badly hit by the COVID-19 pandemic.

Turkish films have been steadily increasing in quality and gaining international recognition. A particular example in 2021 has been “Quo Vadis, Aida?” based on the horrifying massacre of thousands of innocent Muslims in Bosnia-Herzegovina’s town Srebrenica. The film, a Turkish co-production, has been selected for the 2021 Academy Awards shortlist in the International Feature Film category.