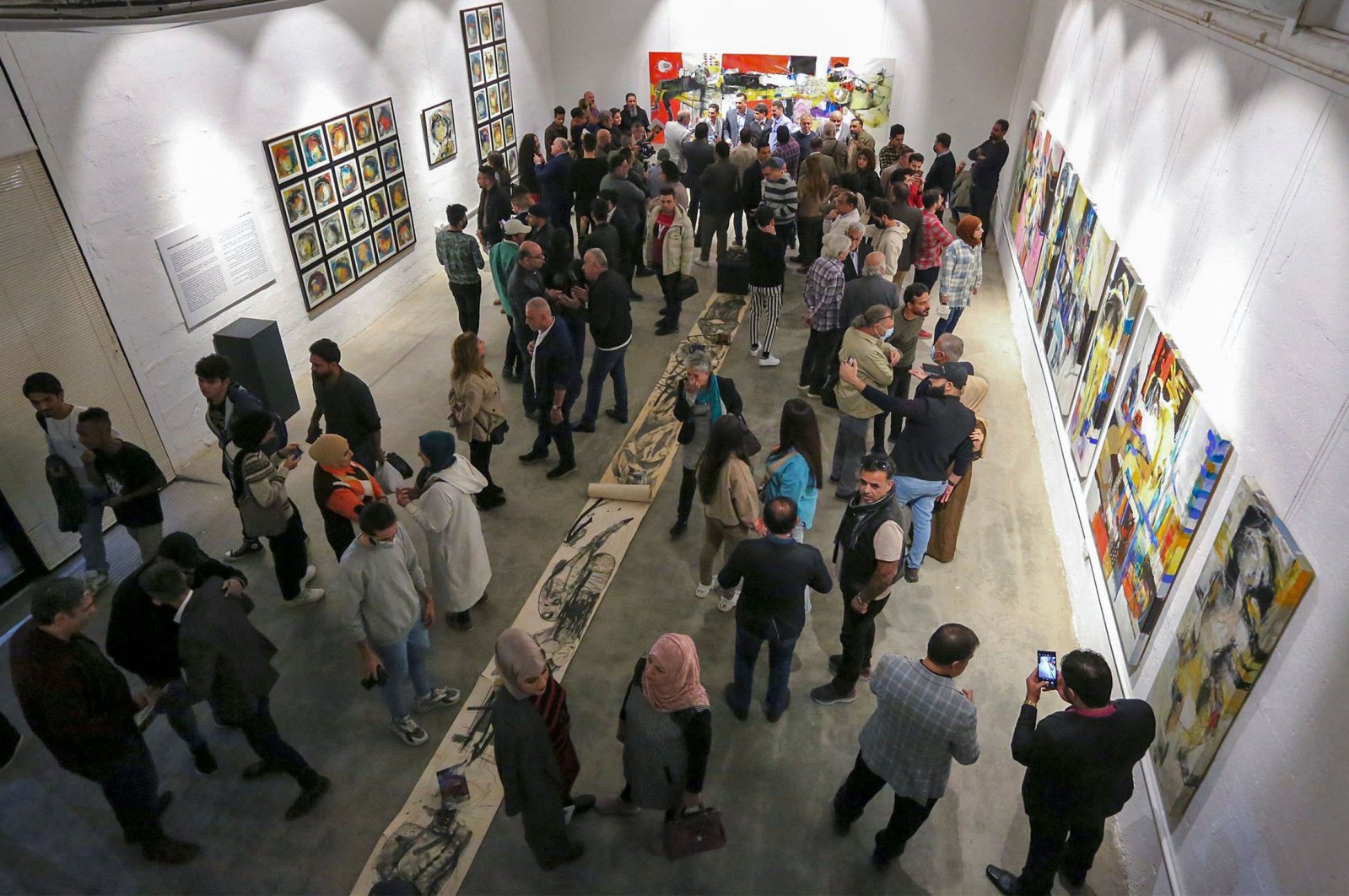 After decades of conflict and strife, the war-torn Iraqi capital of Baghdad is finally coming out of its shell and finding its deep historical roots in the arts once again with art exhibitions, book fairs on the Tigris and Godot, and generally experiencing an artistic renaissance.

"People need art, they want to develop their artistic taste – it's an escape route," said Noor Alaa al-Din, director of art space The Gallery. "We are like any country, we have the right to art to entertain us."

But behind the conflict, tensions and recently the pandemic, a fledgling cultural renaissance has emerged in recent years, recalling a golden age when Baghdad was considered one of the Arab world's cultural capitals.

Galleries have opened and festivals have blossomed, attracting crowds eager to make up for lost time.

The Gallery opened its doors barely a month ago, but visitors queue around the corner on opening night of any show.

In a recent show, Iraqi-Canadian artist Riyadh Ghenea paid tribute to his late mother with a series of brightly colored abstract compositions.

She "suffered all the phases that Iraq has been through," said the artist, who came back to Baghdad in 2011.

Upon his return, "I found neither my mother nor the country that I had left behind," he said.

The rise of the Islamic State militant group in 2014 saw more brutality and bloodshed.

Amir, a 25-year-old pharmacist, acknowledges that his entire childhood was accompanied by conflict.

"Art allows us to alleviate the stress of our daily lives," he told Agence France-Presse (AFP) from outside The Gallery.

Normality hangs by a thread in the Iraqi capital, where rocket and drone attacks sometimes target its highly fortified Green Zone, and where a July suicide attack on a market killed more than 30 people.

It was also the site of massive youth-led anti-government protests in 2019, and an ensuing bloody crackdown.

But on a balmy November afternoon, thousands of visitors gathered along the banks of the Tigris for the eighth edition of a book festival.

Organizers of the "I am an Iraqi, I read" event were distributing 30,000 books for free, from fiction to philosophy and foreign languages.

An old Arab adage goes that books are written in Cairo, printed in Beirut and read in Baghdad.

Last month however, the city hosted the second edition of an international theatre festival, organized by the culture ministry.

"The audience overflowed from the hall" in the opening days, said host venue director Ali Abbas.

"Iraqis used to be afraid to go out into the streets," he said. "The situation has changed dramatically."

Troupes hailing from Egypt, Tunisia, Germany and Italy performed for free, and Iraqis too had a chance to shine.

Among them was director Anas Abdel Samad, who staged a performance of his piece "Yes Godot."

German actor Hanno Friedrich, on his first trip to Baghdad, was among the foreigners performing at the festival with his play "Tyll," adapted from a novel mixing European folklore and the Thirty Years War religious conflict that was fought primarily in central Europe during the 17th century.

"They told us 'don't go, it's dangerous'," the 55-year-old said – but his experience shattered those stereotypes.

"People climbed on stage and hugged us. They told us they had never seen anything like that," he said.

"We had goosebumps, and tears in our eyes."