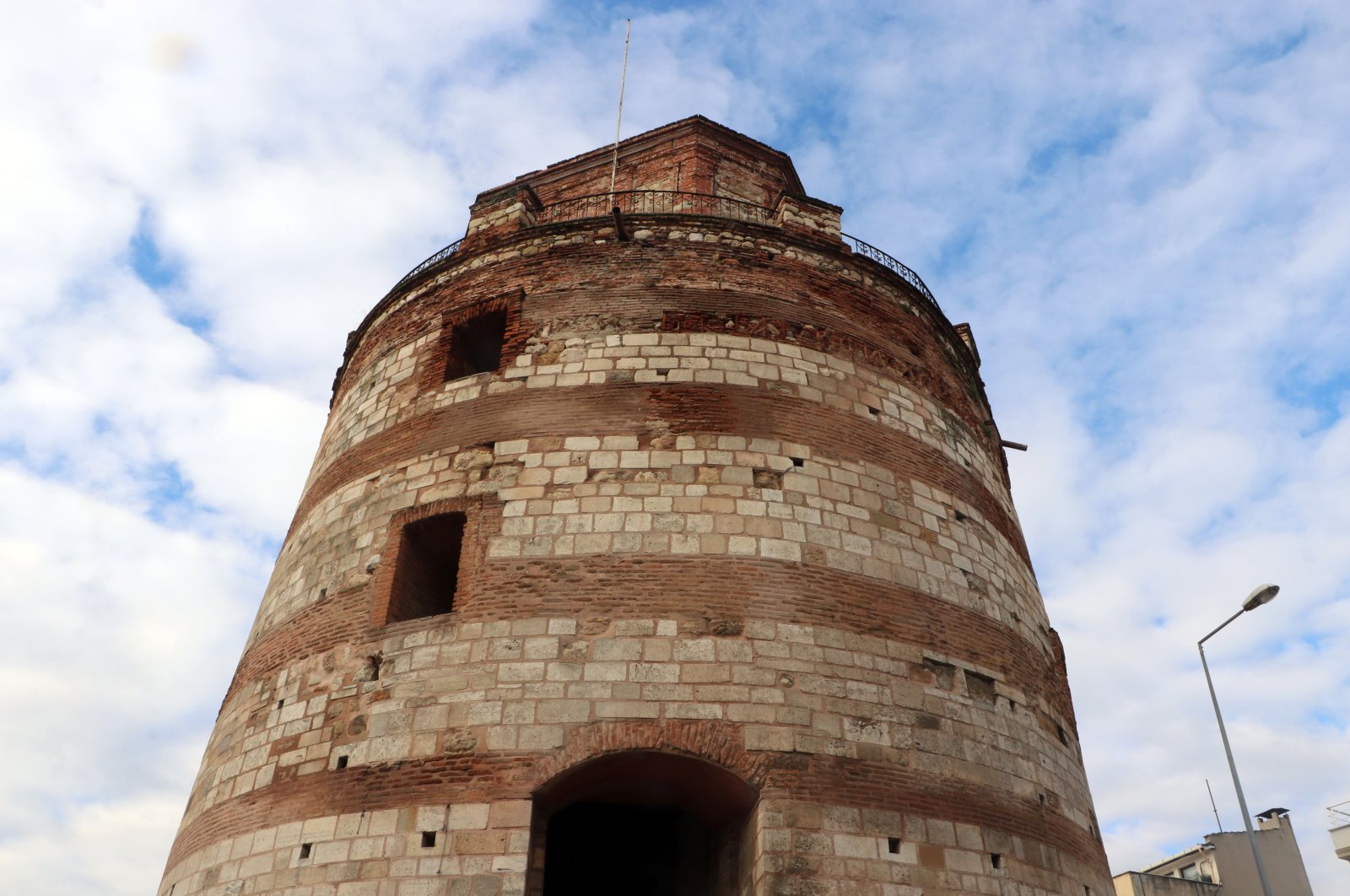 The Macedonian Tower, dating back to the Roman era, will become a cultural gathering place following a comprehensive restoration in the northwestern province of Edirne.

The monument is the only remnant of four towers erected during the Roman era and witnessed over a millennium of history spanning the Roman, Byzantine and Ottoman eras. It will be restored through a project by Turkey's Culture and Tourism Ministry and serve as a cultural area where the stories of various civilizations that Edirne hosted throughout history will be told. Visitors will be able to learn about the tower's history and the civilizations of the city with live and animated presentations in this newly-restored space.

Professor Engin Beksaç, head of the Art History Department at Turkey’s Trakya University, said the tower is a rare specimen that defied time and survived down to this day.

"The walls right across the tower date back to the period when the Roman Emperor Hadrian built the city in the second century A.D.," he said. "The tower is a masterpiece; it is a construction built for purpose of observation to fortify the walls of Edirne."

Stressing that restoring the tower would help draw more tourists to Edirne, he said it was important to preserve such historical elements for the sake of history and culture.

"This place also sheds light on European history," he said, adding that many foreign tourists first see the tower when visiting the city of Edirne, which borders Greece.

The tower is also known as the "clock tower," as Ottoman Governor Hacı Izzet Pasha ordered the placing of clocks and the construction of wooden stories on the tower in 1867.

But after a 1953 earthquake did heavy damage to the tower, both the extra stories and clocks were removed.