Enez Mosque: Mehmed the Conqueror’s heritage to reopen for worship 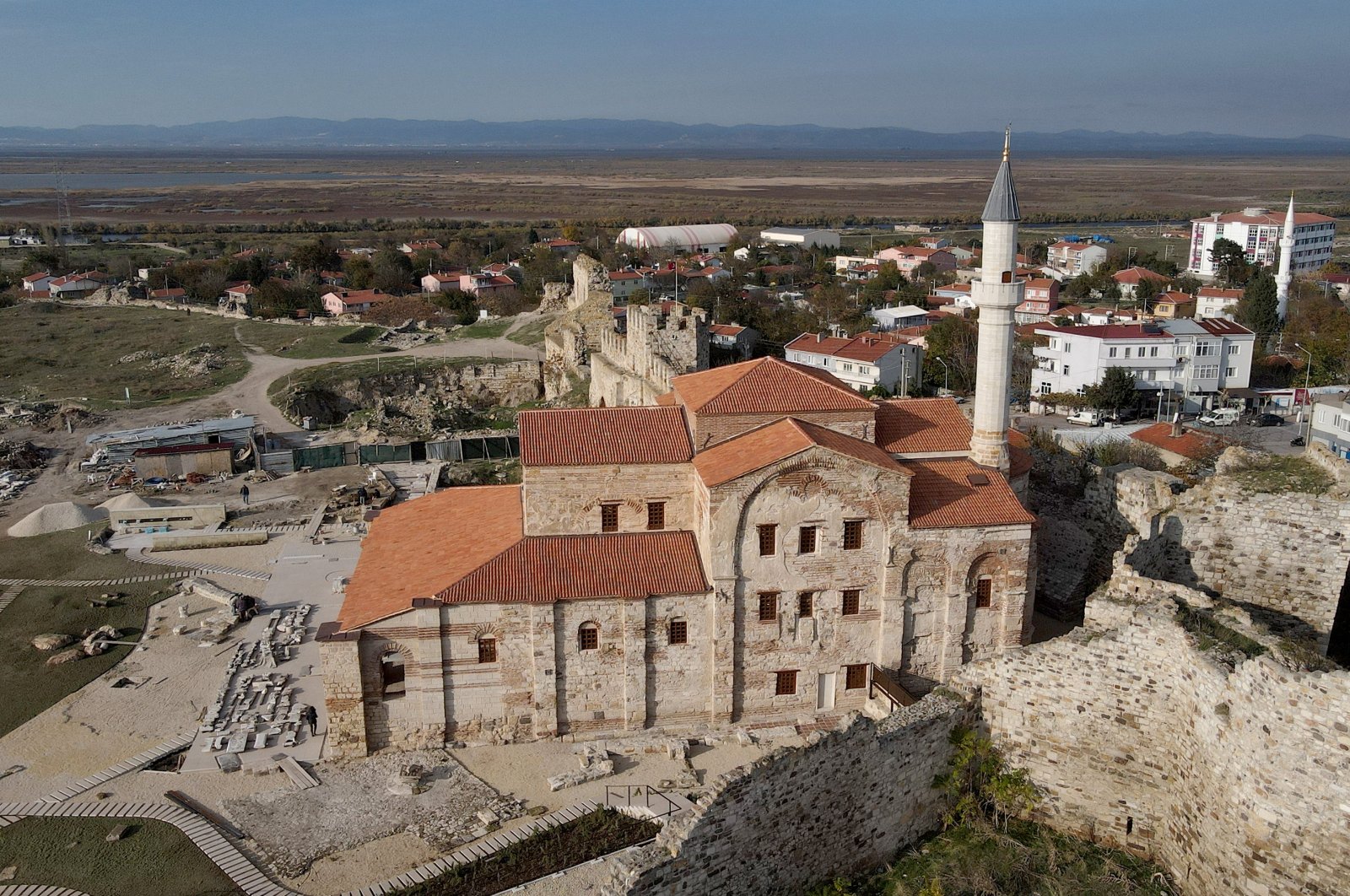 Enez Fatih Mosque, located in the northwestern province of Edirne, is planned to reopen for worship after some 56 years by the end of the year.

Enez Fatih Mosque, also known as the "Hagia Sophia of Enez," is estimated to have been built by the Eastern Roman Empire in the 12th century. The structure was converted into a mosque after Sultan Mehmed II, also known as Mehmed the Conqueror, conquered the town of Enez in modern-day Edirne province, which belonged to the Genoese at the time, as well as the islands of Thassos, Lemnos and Samothrace in 1456.

A mihrab was built in the southeast of the building while a minbar was built in the west. A minaret made of cut stone was also constructed on the outside. A part of the mosque, which was repaired several times in the 1700s during the Ottoman period, was destroyed in an earthquake in 1965. The mosque was not repaired after this disaster and then became hugely damaged after a while.

The General Directorate of Foundations included the mosque in its restoration program in 2015. As part of the directorate's restoration, detailed research was carried out through laser scans and material analyses as well as sonic and seismic tests. After the reconstruction of the mosque was approved by the Edirne Cultural Heritage Preservation Regional Board, work was launched in 2016. Since the mosque is located in the Enez Castle, which is a first-degree archaeological site, the restoration was meticulously carried out.

At the beginning of the restoration, the foundations of the mosque were opened and strengthened. Then the construction work began.

The ceiling and dome of the mosque were completely covered before renovation work started. In addition, heating and cooling systems were installed inside the mosque. Marble flooring was installed to the base of the mosque and the pile of soil that had formed over the years around the mosque was removed. After the restoration had been completed, the hand-drawn decorations of the mosque were renovated and completed. The mosque will be open to the service of worshipers by the end of 2021.