Amy Winehouse's belongings to be auctioned off next month 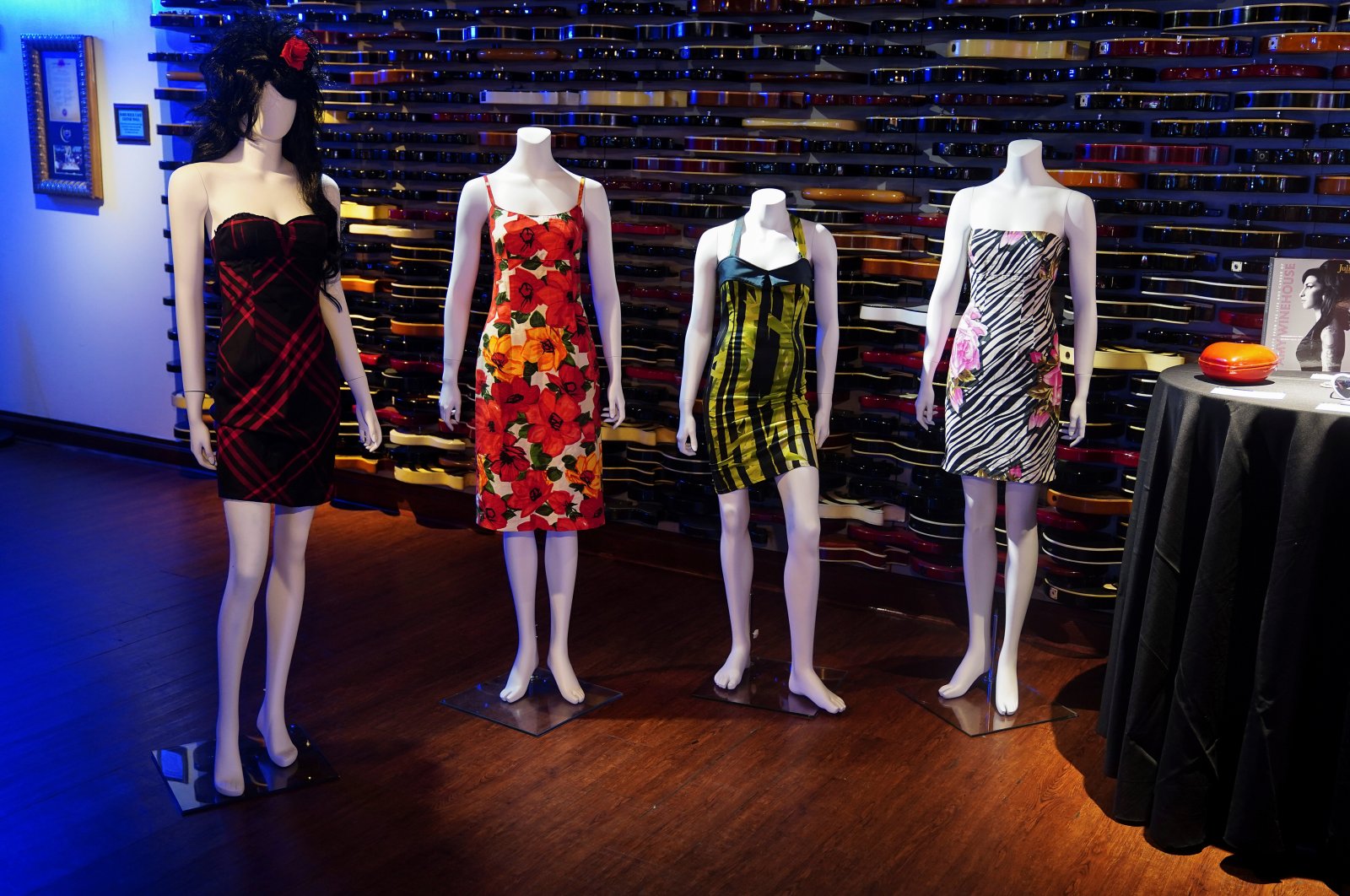 Dresses worn by Amy Winehouse are pictured at a preview for an auction of her personal items on the 10th anniversary of her death in the Manhattan borough of New York City, New York, U.S., Oct. 11, 2021. (REUTERS Photo)
by REUTERS
Oct 14, 2021 5:23 pm

Around 800 of late English singer Amy Winehouse's personal belongings will go under the hammer in Beverly Hills on Nov. 6-7.

The green-and-black dress the Grammy Award winner wore in her final concert and a heart-shaped Moschino purse she was frequently photographed with are each expected to fetch $15,000 to $20,000.

Winehouse's parents had decided it was the right time to let go of her personal and professional items, said Martin Nolan, executive director of Julien's Auctions. The singer died of alcohol poisoning at age 27 in July 2011. Her last show was in Belgrade a month earlier.

"It's been a cathartic experience for them, but also a very emotional rollercoaster for parents to give up their daughter's possessions," Nolan said.

"But they know that these items were going to go to fans and collectors and museums and investors all over the world that will continue to appreciate them, enjoy them, showcase them."

The family wants to make sure all her fans have a chance to buy something, said Nolan, who has worked for two years to curate the sale.

Winehouse became a breakout artist worldwide with her unique look, her headline-grabbing behavior and jazz-infused music. She released two studio albums, "Frank" and "Back to Black."

She often spoke of battling alcohol and drug addiction.

Part of the proceeds will fund the Amy Winehouse Foundation which aims "to inspire children and young people to build their self-esteem and resilience, so they can flourish."

The sale will take place in person and online.