Britain's BAFTA hands out TV awards, 'I May Destroy You' wins big 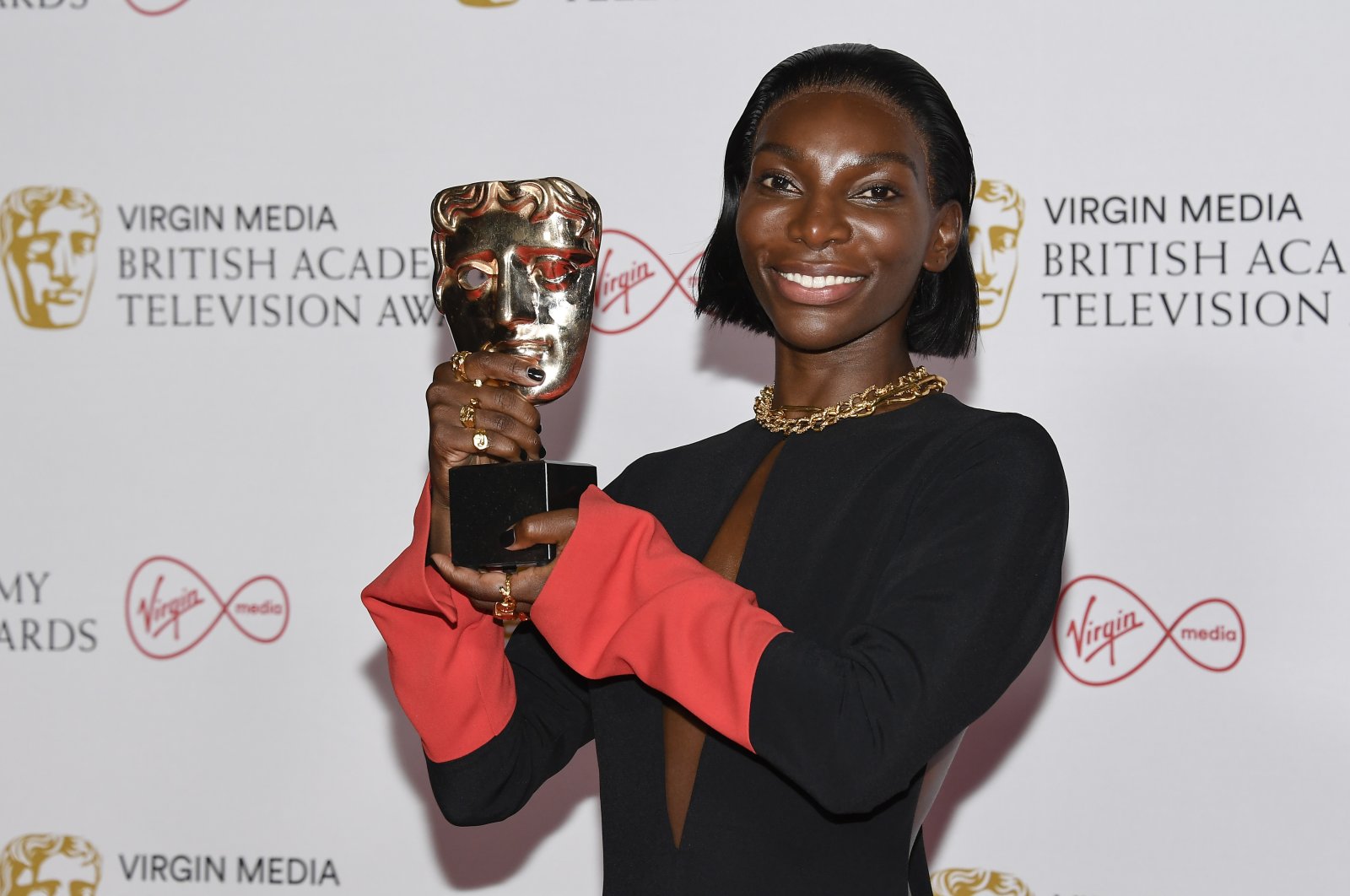 Michaela Coel poses with her leading actress award for her role in “I May Destroy You,” backstage at the British Academy Television Awards in London, U.K., June 6, 2021. (AP Photo)
by Reuters Jun 07, 2021 11:30 am
RECOMMENDED

The British Academy of Film and Television Arts (BAFTA) celebrated the television part of its name as it handed out the TV Awards on Sunday with the star and creator of the drama series "I May Destroy You," Michaela Coel, ending the evening as the big winner of the miniseries and the leading actress honors.

"I May Destroy You," which approaches the story of a woman who tries to rebuild her life following a sexual assault with moments of dark humor, had previously received awards from BAFTA for directing, editing and writing.

"Not only is Arabella someone who's very close to me, I feel like she represents a lot of women who aren't really seen on television, she's messy and she's not perfect," Coel said tearfully of her character in a post-awards interview.

She paid tribute to Ita O'Brien, the show's intimacy coordinator in charge of making the cast and crew feel safe while filming scenes that were intimate or sexual in nature.

Many nominees attended the awards in person at the London ceremony, with indoor gatherings now allowed in England following a partial lifting of COVID-19 lockdown rules.

However, others did so online.

Dance Troupe "Diversity" won the Must-See Moment award, voted for by the British public and announced by a virtual audience member, for their performance dedicated to George Floyd and the Black Lives Matter movement on ITV's "Britain's Got Talent."

BAFTA awarded the thriller "Save Me Too," created by and starring Lennie James as a flawed father searching for his missing daughter, with its drama prize.

"Dear God we're going to have a party when I get back to England," James told the BAFTA awards via video link.

Paul Mescal, a first-time nominee who starred in the Irish drama series "Normal People," took the award for leading actor.

The supporting actor prize went to Malachi Kirby for his role in "Small Axe" – directed by Oscar-winner Steve McQueen and which is made up of stories about West Indian immigrants in London in the 1960s-1980s. The show received 15 nominations in all.

Rakie Ayola won the supporting actress BAFTA for her turn in "Anthony," a Jimmy McGovern-penned film that imagines the bright future that Anthony Walker, a black teenager murdered 16 years ago in a racist attack in Liverpool, should have lived.

"Gee Walker, thank you for having the bravery and the strength to ask Jimmy McGovern to write your son's story – to celebrate the person that Anthony Walker should have been, and never was," Ayola said in her acceptance speech.