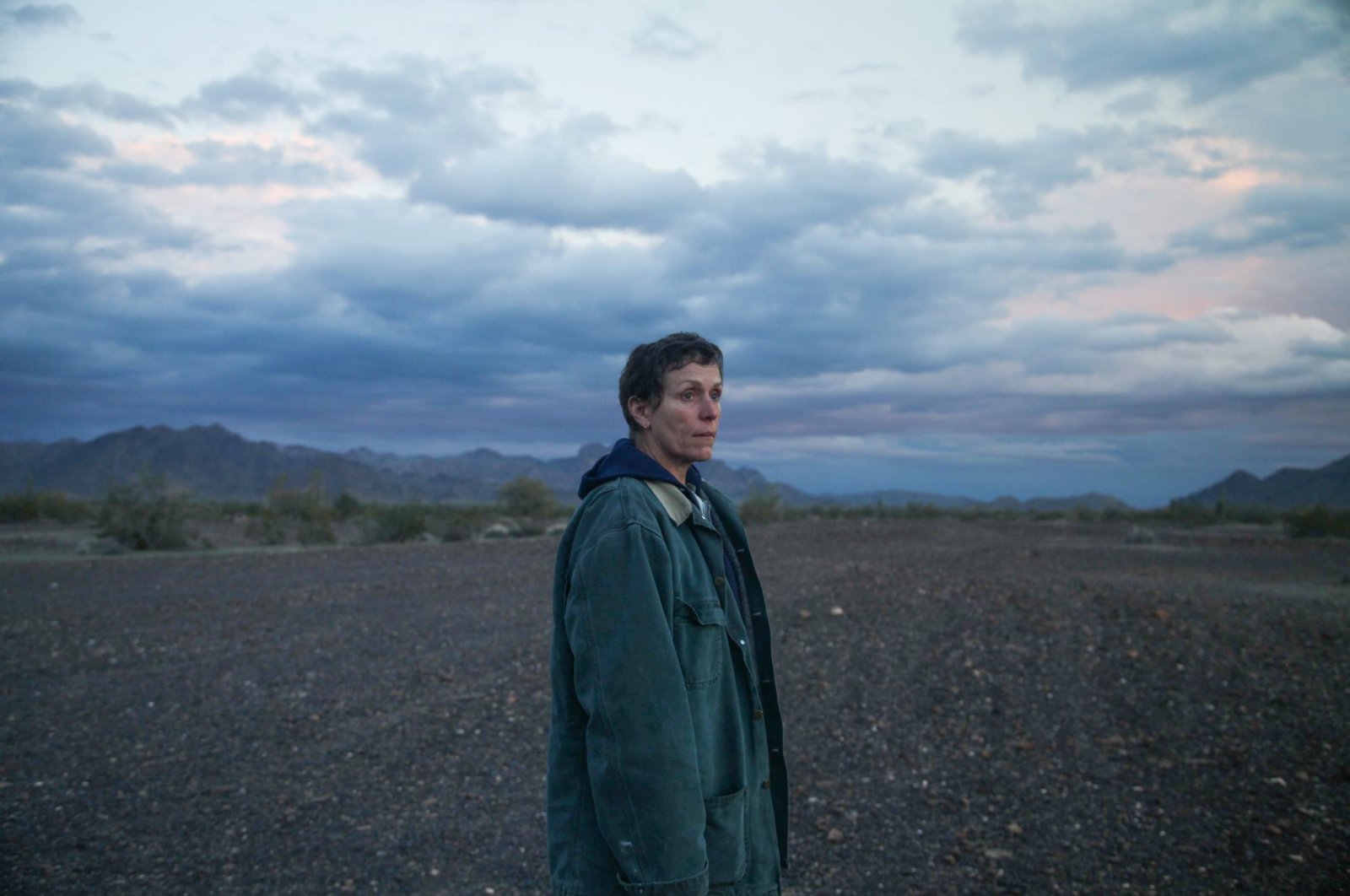 A still shot shows Frances McDormand in a scene from "Nomadland."
by REUTERS Apr 12, 2021 11:09 am
RECOMMENDED

Chinese-born director Chloe Zhao made history with her road movie "Nomadland" at the British Academy of Film and Television Arts (BAFTA) awards, which were held on April 10-11. While the movie won four prizes including best picture, Zhao became only the second woman to win the best director prize and the first woman of color.

The BAFTA ceremony was held virtually over two nights, with nominees joining in by video, due to the COVID-19 pandemic. However, the film stars Hugh Grant and Priyanka Chopra Jonas appeared in person at London's Royal Albert Hall while Renee Zellweger and Anna Kendrick joined from a Los Angeles studio to present the awards.

"Nomadland," which has already picked up prizes this awards season, stars 63-year-old Frances McDormand as a widow, who in the wake of the United States economic recession, turns her van into a mobile home and sets out on the road, taking on seasonal jobs along the way.

"We would like to dedicate this award to the nomadic community who so generously welcomed us into their lives," Zhao, who won the director category, said in her acceptance speech. "Thank you for showing us that aging is a beautiful part of life, a journey that we should all cherish and celebrate. How we treat our elders says a lot about who we are as a society and we need to do better.''

Leading actress McDormand received the best actress award for her role in "Nomadland," which also won for cinematography.

Following an outcry last year when BAFTA presented an all-white acting contenders list, more than half of this year’s 24 nominees were actors of color.

Film veteran Anthony Hopkins won the leading actor category for portraying a man with dementia in "The Father."

"I'm at a time in my life where I never expected to get this," the 83-year-old told reporters of the award, adding his age had made making the movie "easy."

Youn Yuh-Jung won supporting actress for "Minari," in which she plays a grandmother who travels from South Korea to the U.S. to look after her grandchildren.

The 73-year-old, who has won a Screen Actors Guild (SAG) award and has been nominated for an Oscar for her performance, drew laughs in her acceptance speech when she jokingly said it was particularly meaningful to be recognized by "British people, known as very snobbish people."

Daniel Kaluuya, who has swept this awards season for his portrayal of late Black Panther activist Fred Hampton in "Judas and the Black Messiah," won supporting actor.

"Brokeback Mountain" and "Life of Pi" director Ang Lee received the BAFTA Fellowship, the academy's top honor, for his contribution to film.