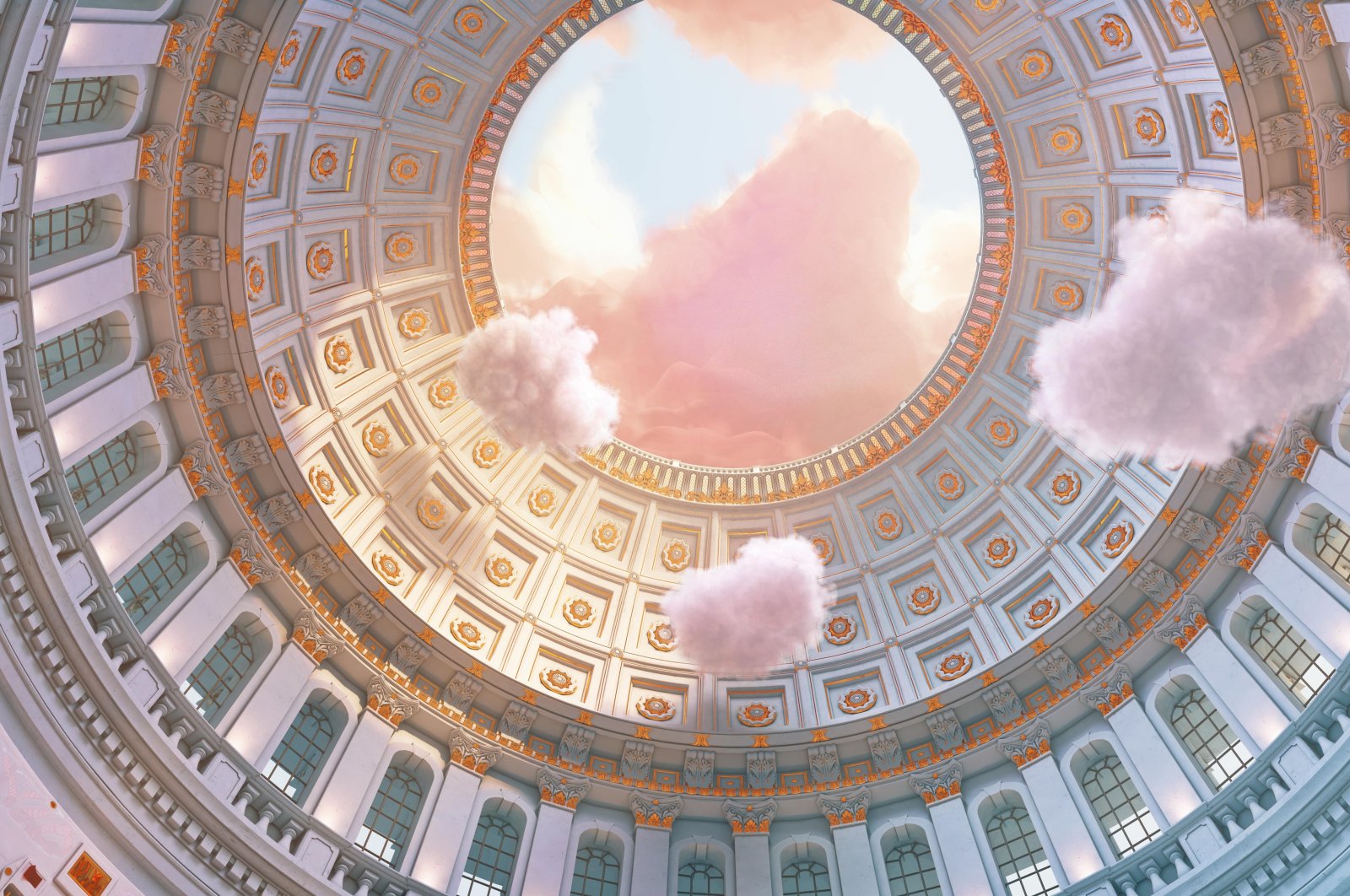 Offering a tour among the works produced with video game creativity, Jonathan Monaghan's 'ŞAŞAA' encourages Istanbulite visitors to contemplate consumerism and extravagance, drawing a parallel between the contemporary world and the baroque period over common points

American visual artist Jonathan Monaghan, one of the world's leading names in the field of visual arts, is meeting art enthusiasts in Istanbul with a special exhibition in Kalyon Kültür. “ŞAŞAA” ("OPULENCE") the most comprehensive solo exhibition by the artist to date, will be on display until Aug. 27.

Monaghan completed his undergraduate education in the field of art at the New York Institute of Technology (NYIT) in 2008. The artist continued his education at the University of Maryland in 2011 with a master's degree. Award-winning Monaghan works across a range of media, including prints, sculpture, and animation, with the aim of creating otherworldly narration. Drawing on wide-ranging sources, such as historical artwork and science fiction, his fantastical pieces uncover subconscious anxieties associated with technology and consumerism.

Monaghan, who is also among the first practitioners of the nonfungible token (NFT), is now offering a unique digital art experience at Kalyon Kültür with more than 20 works. Inspired by different styles of art, from science fiction to Baroque architecture, and using the most advanced technologies, mostly preferred by video game creators and Hollywood professionals, Monaghan invites the audience to fairytale-like and yet challenging stories.

Curated by Ceren and Irmak Arkman, “ŞAŞAA" presents Monaghan's video installations produced with different techniques. The works, which easily draw the attention of people and are comprehensible to everyone, are powered by things like the aesthetics of video games and commercials. As Monaghan creates unorthodox and complex universes, the works suggest a vision of the future for viewers. In these futuristic realms, the viewers are the ones who will decide whether these alternative worlds are positive or negative.

“ŞAŞAA" deals with the flamboyance of the Baroque era and the excess of the digital age from a common point in the historic mansion of Kalyon Kültür, known as “Taş Konak,” in the upscale Nişantaşı neighborhood in Istanbul's Şişli district. The show aims to make people think about concepts such as popular culture, institutional authority and excessive dependence on technology.

Mentioning that the Baroque period was an era in which the richness and splendor of architecture came to the fore, Arkman added that the works in the exhibition question the relationship of that era with today's world and today's excesses. "Monaghan very much likens the glamor of the Baroque era to the world we live in today and to our consumer society, excessive interest in technology and social media. He thinks that such elements of today's world create a different concept of wealth and a different lifestyle. Yet, he sees the understanding of wealth today and in the Baroque era as very similar,” she continued.

In his works, the artist questions where humanity is going and what future awaits people by focusing on the consumption craze. Among the prominent works of Monaghan in the exhibition are the three-screen video installation titled "Superfluity," which draws parallels between the extravagance of the Baroque era and the excess of the digital age; the single-camera video installation "Den of Wolves," in which he illustrates the connections between popular culture, corporate authority, and over-reliance on technology in an immersive and dreamlike journey, and "Disco Beast," in which he aims to create a new mythology for the modern captivity of technology and materialism, featuring a unicorn wandering through empty commercial spaces such as an abandoned shopping mall and a luxury hotel lobby.

“ŞAŞAA" can be visited at Kalyon Kültür for free of charge. You can find detailed information about the exhibition and event programs on Kalyon Kültür's social media accounts and website.