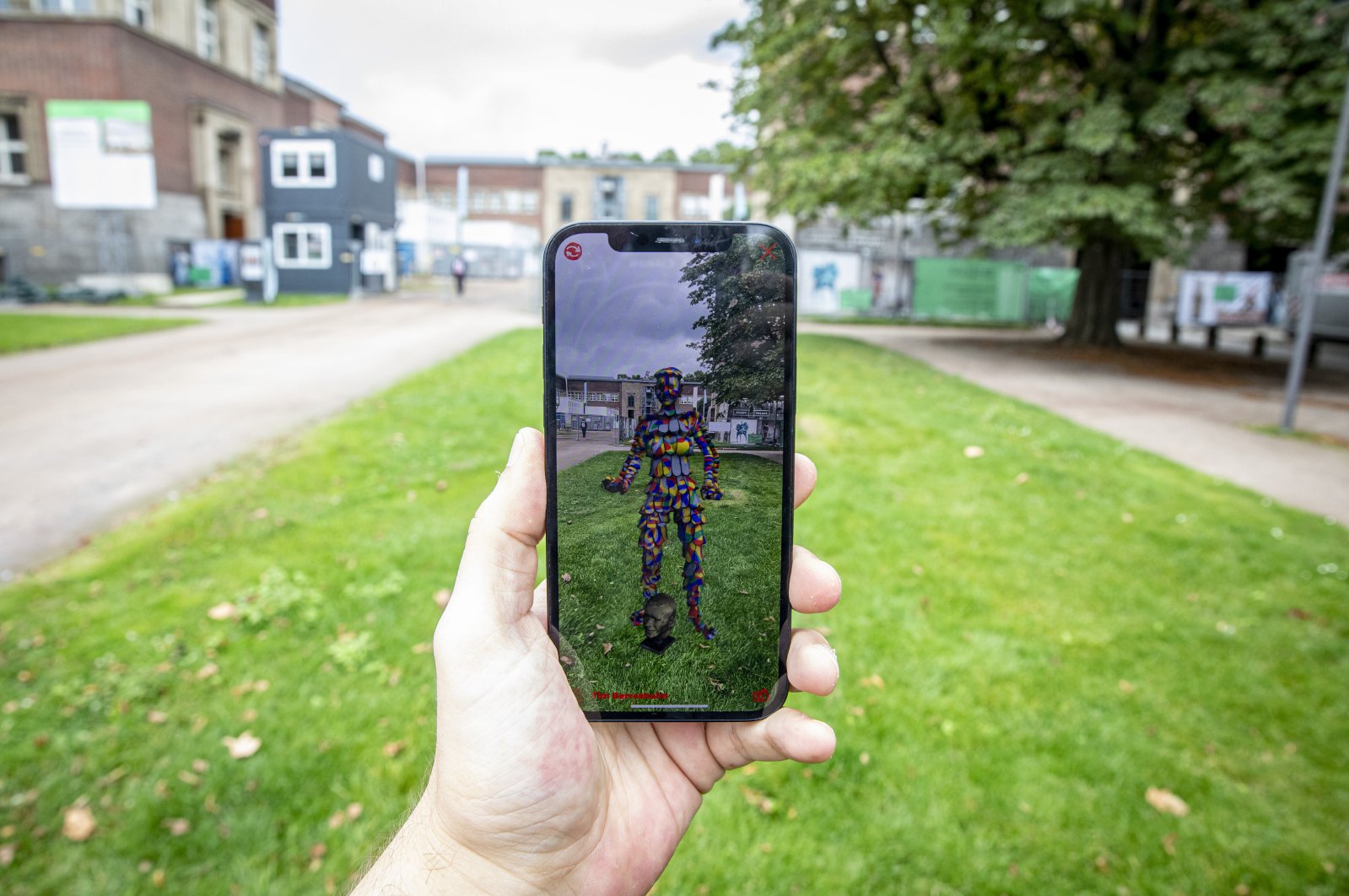 Invisible to all those without a phone, the artworks of the NRW-Forum in Dusseldorf are entirely based in the AR world. (DPA Photo)
by German Press Agency - DPA Aug 22, 2021 12:18 pm
RECOMMENDED

Whipping out a phone in a museum to snap a picture might invite derisive glances from others, if not an outright admonishment from museum staff, but in one German gallery, using a smart device is the only way you can even see anything.

Spelling art with a capital AR, the NRW-Forum in the western German city of Dusseldorf is hosting "the world's first AR Biennale" with 19 international artists virtually exhibiting in indoor and outdoor spaces from August 22 onwards. AR (augmented reality) as a digital extension of reality is, according to the organizers, one of the "most exciting current forms of representation for contemporary art."

AR has been widely used in smartphone gaming, particularly since the craze surrounding Pokemon Go in 2016, and is already being used by a number of artists, notably using the Acute Art app for viewing AR artworks. However, Dusseldorf's exhibition is thought to be among the first to be available exclusively to people with the AR Biennale app installed, whereby digital artworks are inserted into the real environment and become visible on the device in your hand – and only there. Those who want to explore this "globally unique" project with a digital sculpture park can only do so with a smartphone or tablet – and the accompanying app. Without the app, you see precisely nothing.

"Augmented reality is hybrid, novel and very creative. Physical boundaries are eliminated, and you are able to see things that couldn’t really exist," says Alain Bieber, Artistic Director of the NRW Forum and curator of the first edition. Several artists are currently developing such innovative AR works for this gallery and others and exploring this kind of semi-digital platform for the first time. On display are, for example, oversized sculptures or a virtual figure that invades space to steal works.

Launching in Dusseldorf, the project is set to be expanded to other German cities.