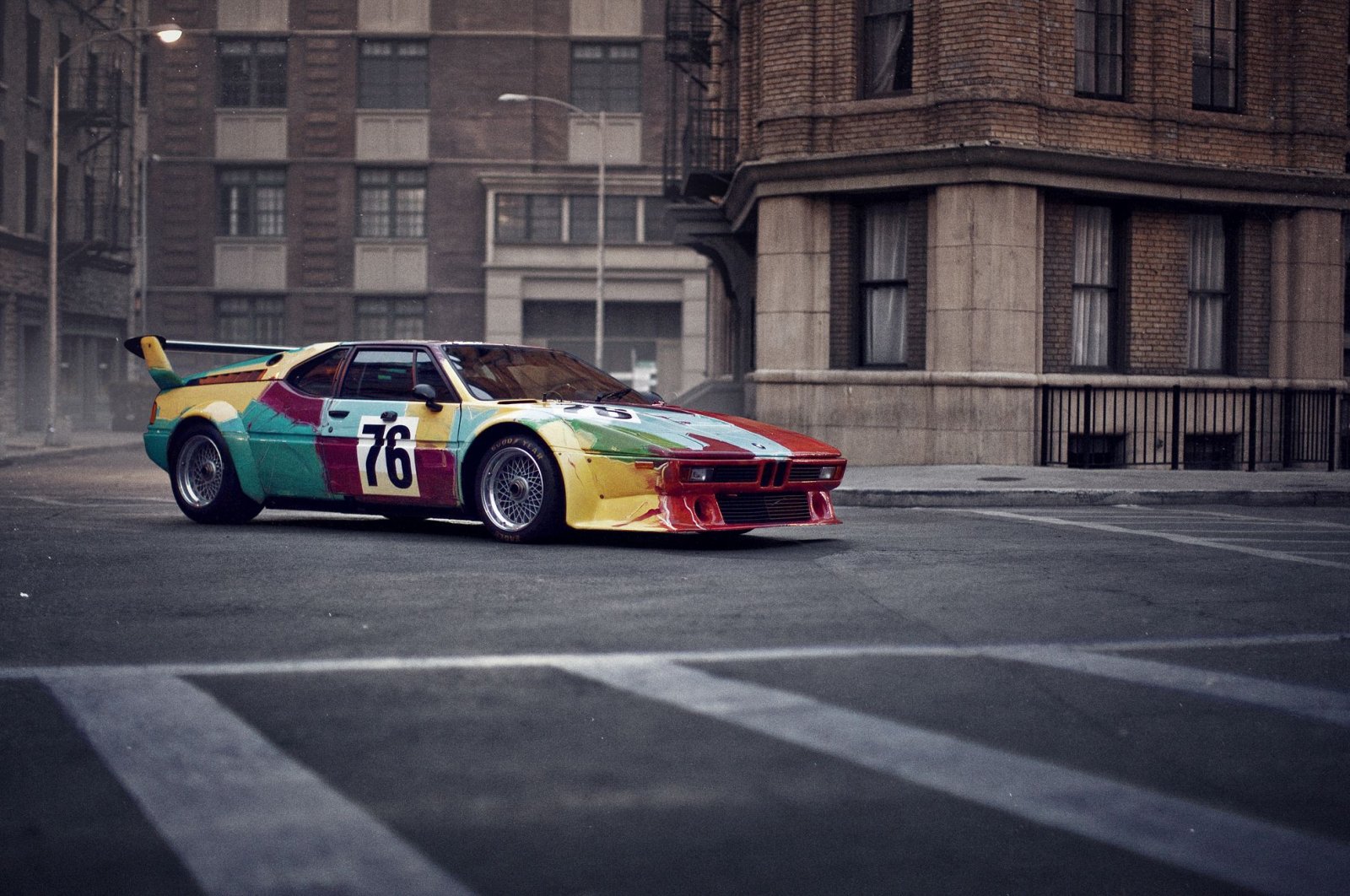 It's now been about 100 years since an artist first turned a car into a work of art. Half a century later, BMW created its first Art Car, the first in a series involving some of the world's biggest names in art. Countless works of art on wheels have since been created. Why?

Introduced some 45 years ago, the BMW Art Car Project invited artists to create a canvas on an automobile. Yet the idea behind stylizing cars into works of art is much older than this well-known series.

As early as 1909, Filippo Tommaso Marinetti dreamed up a racing car with a "bodywork adorned with large tubes resembling snakes with fiery breath," as the founder of Futurism put it in his manifesto.

For others, the car was not only a work of art in its own right but also a canvas. About 100 years ago, the French painter Sonia Delaunay-Terk decorated a 1920 Unic Tourer with geometric abstractions.

Americans later began embellishing their vehicles with flames and other decorations in the 1950s. At the same time, other artists were being paid to create candid works on advertising vehicles and racing cars.

"The idea was to use the large surface of a vehicle as a communication platform and to enhance this surface with content," says Paolo Tumminelli, a design professor at the technical university in Cologne.

In the 1960s, the hippie movement followed with more artistically designed vehicles. Artist collectives painted old school buses, while American singer-songwriter Janis Joplin had her Porsche 356 reworked in psychedelic colors by a friend.

By the time sponsorship arrived in motorsport, the cars were turned into moving billboards.

For the first Art Car in 1975, BMW engaged an already well-known artist to work on metal canvas. Jochen Neerpasch, then head of motorsports, was informed in 1975 that art dealer and amateur racing driver Herve Poulain was looking for a vehicle as the subject for a new work of art.

"When I learned that the American artist Alexander Calder wanted to design the car, I was immediately excited," says Neerpasch.

Although BMW Motorsport shifted its involvement to the U.S. after the first oil price crisis, it continued to compete in the 24-hour race at Le Mans.

"This gave rise to the idea of using a car as an art object. It was no longer the race result of the vehicle that was decisive for us, but participation alone as a presentation of the work of art," says Neerpasch. The only condition was that the artist had to deal thematically with the car and the 24-hour race.

BMW set aside a 3.0 CSL (E9), which was transformed into a rolling work of art for a race. BMW and Calder presented the car at the Louvre, and shortly afterward it started at the Le Mans race.

"The connection between Calder, who was on site at the race, and the racing car was fascinating. That's why we decided to turn this chance project into a series," explains Neerpasch.

Although the term Art Cars is not protected, it has been associated with BMW ever since. Within the past few decades, 19 vehicles have been created that artists have freely designed.

Experts estimate the M1 designed by Andy Warhol alone to be worth over 30 million euros ($35.53 million) – if it were sold.

However, the individual pieces are in the BMW Museum and are only lent out for special exhibitions worldwide. Lately, BMW has allowed fans to see the Art Cars from all sides using the augmented reality app Acute Art.

Even today, the car maintains its image as an artist's canvas. The French artist Bernar Venet designed a Bugatti Veyron in 2012, Sir Peter Blake a Bentley Continental GT V8S in 2015.

Banksy, British street artist, spray-painted a Volvo truck in 2000, adding untold sums to the value of the truck at a 2019 auction.

And yet not every extravagantly painted car is a valuable work of art or a collector's item. It's important to distinguish between cars as works of art from famous artists and cars with unusual paint jobs.

"The prices of Art Cars are measured by how the artists' other works are traded. Therefore, it is almost irrelevant which model it is."

The car ceases to be a car and becomes a sculpture.