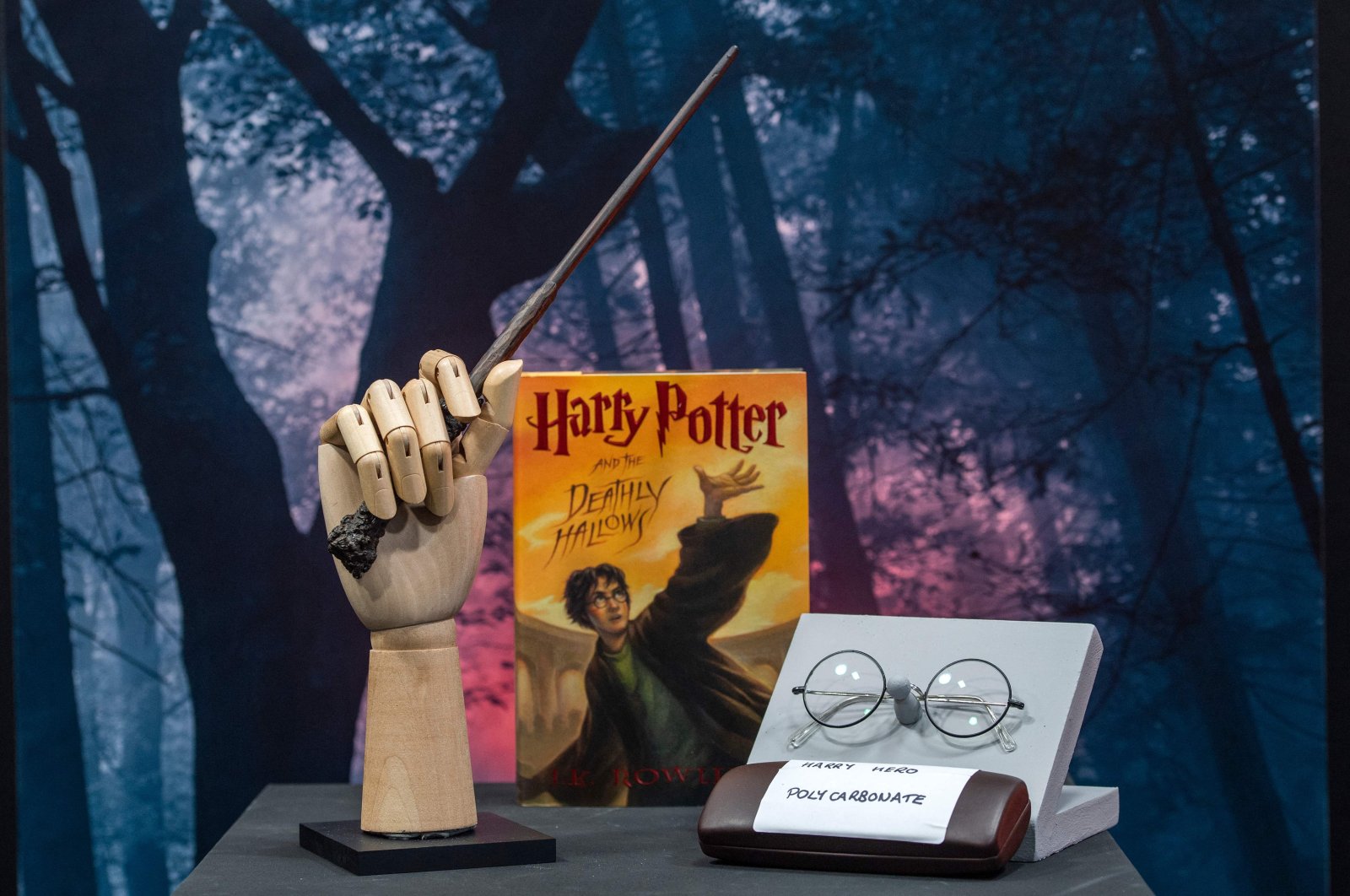 Harry Potter's wand and eyeglasses are displayed next to a copy of "Harry Potter and the Deathly Hallows" during a press preview of Prop Store's Iconic Film & TV Memorabilia in Valencia, California, May 14, 2021. (AFP Photo)
by French Press Agency - AFP May 25, 2021 2:13 pm
RECOMMENDED

The iconic fedora worn by Harrison Ford in the 1984 action classic “Indiana Jones and the Temple of Doom”, Princess Leia actor Carrie Fisher’s annotated “Star Wars: The Empire Strikes Back” script, and Tom Cruise’s sword from “The Last Samurai" are among the more than 1,200 items from classic movies up for auction throughout the next month in Hollywood.

The custom-made hat will be up for bids from June 29, with an estimate of $150,000-$250,000. Filmmakers commissioned the archaeologist’s fedora from London hatter Herbert Johnson a year before the film was shot, said “Prop Store” auction house COO Brandon Alinger.

“They didn’t just walk in and buy a hat off the shelf ... they combined attributes from a few different hats to make what became the Indiana Jones Fedora, which is probably now today, one of the most recognizable hats in all movies,” he said. Ford, 78, is set to appear in his final film as the hero archaeologist next summer.

1,200 items of Hollywood folklore up for grabs

The golf cart driven by Brad Pitt’s character in “Once Upon a Time ... in Hollywood” will be wheeled onto the auction block alongside a wand and eyeglasses used by Daniel Radcliffe in the final two “Harry Potter” films. The items were donated by Warner Bros studios to raise funds for charity.

Alinger said prices for Hollywood artifacts had “trended up over time” as they became more established collector’s items for investors who seek to accumulate value and bid against wealthy fans.

“Pieces like Stormtrooper helmets that have been sold in the past and sold more recently – you can see that rise in value over time, as more people become aware that this type of asset is available as a collectible or as a piece for investment,” he said, of the distinctive “Star Wars” costumes.

A “light-up remote-control droid” called R2-SHP from the most recent “Star Wars” film is expected to earn up to $120,000 at the next auction, ending July 1.