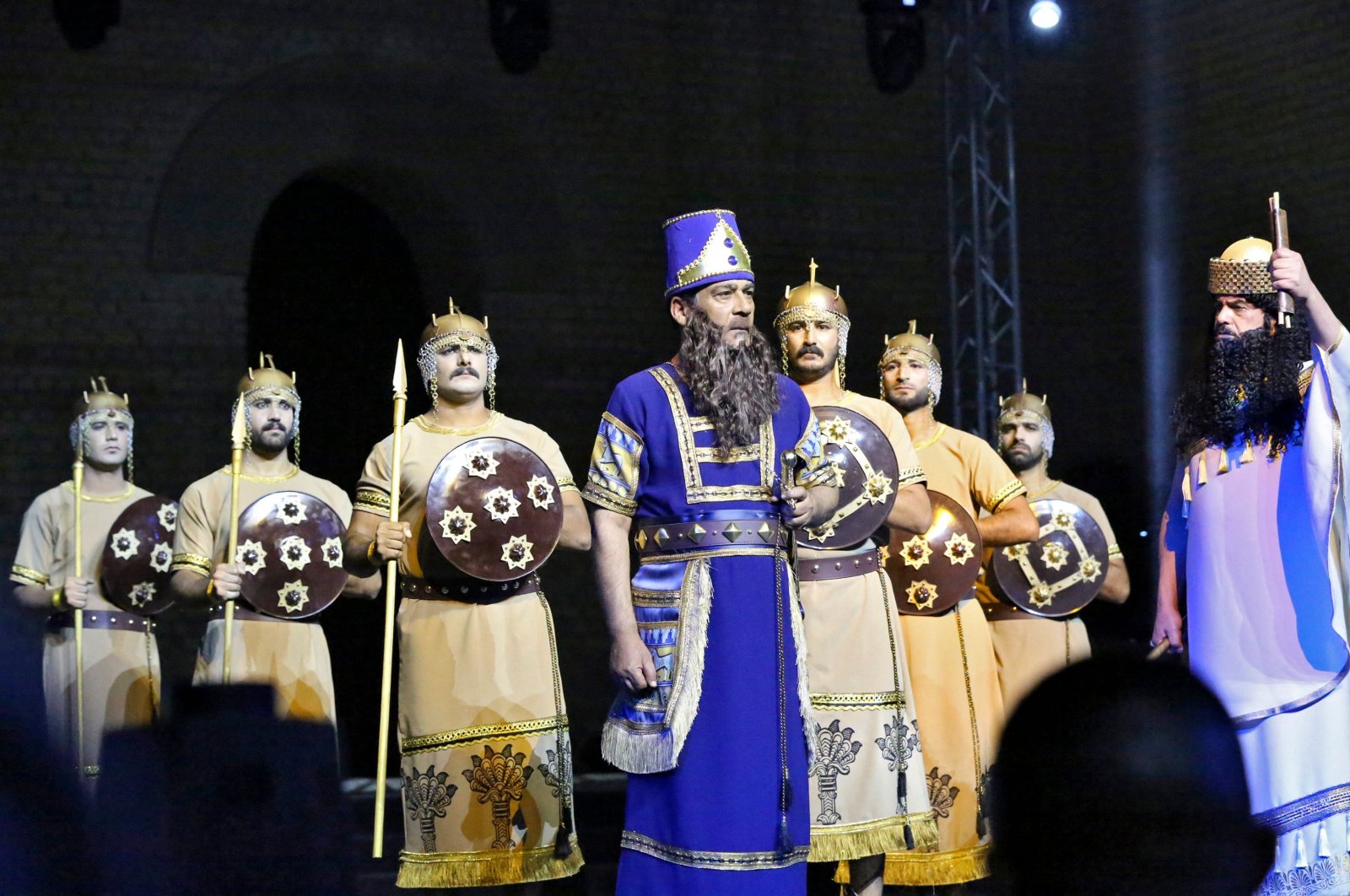 Artists perform during the opening ceremony of Babylon International Festival, at the archaeological site of ancient Babylon, about 100 kilometers (62 miles) south of the Iraqi capital Baghdad on Oct. 28, 2021. (AFP)
by Anadolu Agency Oct 29, 2021 10:38 am

After an 18-year hiatus, impressive dances, songs and performances greeted people once again in Iraq with the Babylon International Festival on Thursday.

The opening ceremony of the five-day festival was held in Babylon, which was once the capital of Babylonia, a state in ancient Mesopotamia. It included a speech by Prime Minister Mustafa Al-Kadhimi, the festival's official sponsor, followed by a speech by the governor of Babylon delivered by the festival's president.

The festival will feature many activities and events, including music, dancing, folk arts and singing.

In a statement, the Iraqi Culture Ministry said representatives of 54 countries including Russia, Italy, Spain, the Netherlands, Egypt, Syria and Kuwait will take part in the festival.

Babylon, whose ruins are in modern Iraq, has been declared a UNESCO World Heritage Site.

The ancient city, whose history dates back to about 4,000 years, is famous for the Hanging Gardens of Babylon, considered one of the Seven Wonders of the World, as well as the Hammurabi Obelisk and the Lion of Babylon.

The Babylon International Festival, which was first held in 1985, was stopped after 2003 due to the U.S. invasion of Iraq and the deterioration of the security situation in the ensuing years.