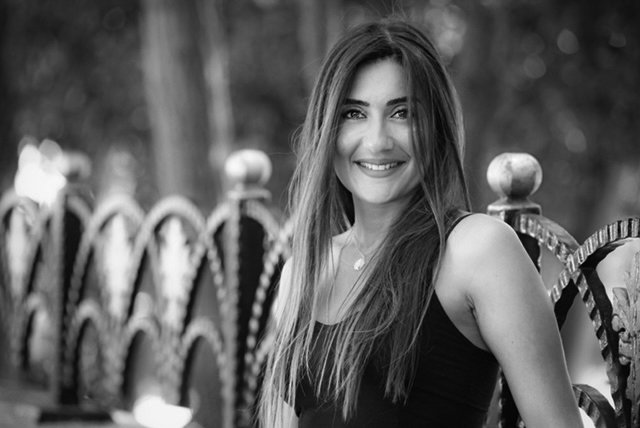 Hatice Doğan Sevinç will perform as the soloist of the concert to feature Sadettin Kaynak’s songs as part of the CRR's February lineup.
by DAILY SABAH Feb 11, 2021 12:32 pm
RECOMMENDED

The Cemal Reşit Rey (CRR) Concert Hall in Istanbul's Harbiye neighborhood continues its online concerts series in February with a new lineup of unique and exciting events, all of which will be streamed on the hall's official YouTube channel.

CRR, which is named after the esteemed 20th-century Turkish composer and conductor Cemal Reşit Rey, one of the pioneers of Western classical music in Turkey, will feature a unique set of artists specializing in a wide range of eras, instruments and themes including classical, folk and Romantic in February. All of the events will premiere at 8 p.m. and will remain available for viewing online for a week after their premiere.

Esteemed violinist Atilla Aldemir, who received a Donizetti Classical Musical Award as the best Turkish string player in 2011, will kick off the February lineup with his concert, titled “Sonatas and Partitas on the 300th Anniversary of Their Composition,” on Friday. The concert, which has gained Aldemir significant international praise and respect in musical circles, will feature sonatas and partitas from classical Baroque period German composer Johann Sebastian Bach (1685-1750), arranged for the viola. The event will also include a conversation between Aldemir and internationally acclaimed Turkish orchestra conductor Cem Mansur.

In the second concert of the program on Saturday, violin and viola virtuoso Aldemir will team up with pianist Cem Babacan, who in his youth was described by British conductor Howard Griffiths as a master of his instruments and a musician with a surprising sense of interpretative power despite his young age.

The duo will perform pieces of violin virtuosos from the Romantic period, including the dynamic and energetic masterpiece "Zigeunerweisen," also known as “Gypsy Airs,” op. 20, which was written for violin and orchestra in 1878 and is one of the most famous pieces of Spanish composer and conductor Pablo de Sarasate (1844-1908).

The duo will perform another one of Sarasate’s best-known works, “Romanza andaluza,” from Book II of the composer's “Spanish Dances,” which is a collection of eight pieces for violin and piano published between 1877 and 1882 in four books with each book containing two dances intertwined with rhythm and character.

Lastly from Sarasate, the duo will be performing the “Nouvelle Fantaisie sur Faust,” which translates as "New Fantasy on Faust." The original piece, published in 1874 for violin and orchestra, was Sarasate’s second interpretation of the “Faust,” a five-act opera by French composer Charles Gounod, which debuted in 1859. The piece was loosely based on Johann Wolfgang von Goethe's tragic play of 1808, “Faust, Part One,” considered by many to be the greatest German literary work.

Aldemir and Babacan’s performance will also include “Estrellita,” meaning “My Little Star,” the most famous work of Mexican composer Manuel Maria Ponce Cuellar (1882-1948), and “Introduction and Rondo Capriccioso,” a composition for violin and orchestra written in 1863 by Camille Saint-Saens (1835-1921) and dedicated to Sarasate, who performed the solo violin part at the piece’s premiere in April 1867.

A prominent figure of classical Turkish music, Sadettin Kaynak’s vast riches of compositions will be sung once again on stage on Monday at the CRR’s event. Kaynak’s wide array of themes ranging from religious pieces to classical, folk songs and even film music will bring joy to listeners. The artist, who lived between 1895 and 1961, is known for his prolific career in the art of music, composing nearly 1,000 pieces during his lifetime.