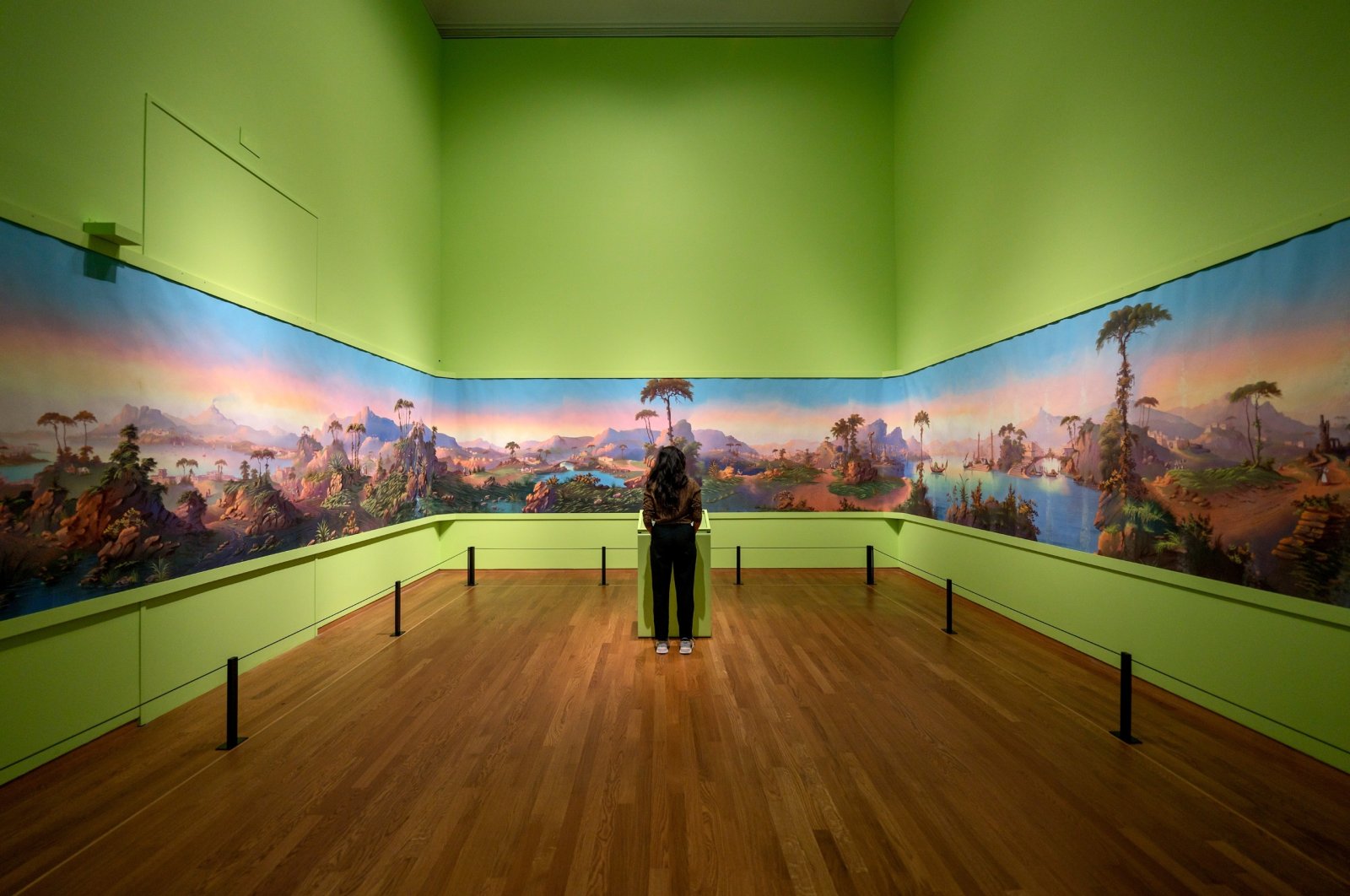 The exhibition "XXL Paper" in the Rijksmuseum includes drawings spanning 12 meters and a 16-meter-long print from the 17th century. (dpa)
by Deutsche Presse-Agentur - dpa Jul 04, 2022 8:24 am
RECOMMENDED

In its latest exhibition, Amsterdam's Rijksmuseum, the national museum of the Netherlands dedicated to Dutch arts and history, is showcasing the biggest works in its history. Among the large-scale works are drawings spanning 12 meters (39 feet) and a 16-meter-long print from the 17th century.

These works would otherwise never be shown, said the museum's director, Taco Dibbits, at the presentation of "XXL Paper – Big, Bigger, Biggest," which includes works made of paper from around 1500 to the present day. "They are way too big and way too delicate."

To display the artworks, the museum had to build special scaffolding, as the museum's halls were not high or long enough.

One of the oldest works now on display is a woodcut from 1535, 7 meters high, showing the family tree of Charles V. Another unique piece is a paper altarpiece from 1650.

The showpiece is a hand-painted panorama, a kind of precursor to the cinema that spans span three walls of a hall over 23 meters. It was made around 1850 and shows landscapes of Switzerland, Italy and Austria in pastel colors.

The scroll had been found by chance in the depot after decades. "For years it was thought to be wallpaper," said the head of the restoration studio, Idelette van Leeuwen.

"The whole artwork was originally about 1,500 meters long." But where the rest remained is a mystery, she said.

It is a so-called "cyclorama," which was wound on a special apparatus like a film in front of visitors. Research revealed that the owner had traveled with this work through Germany, the Netherlands, Belgium and England.