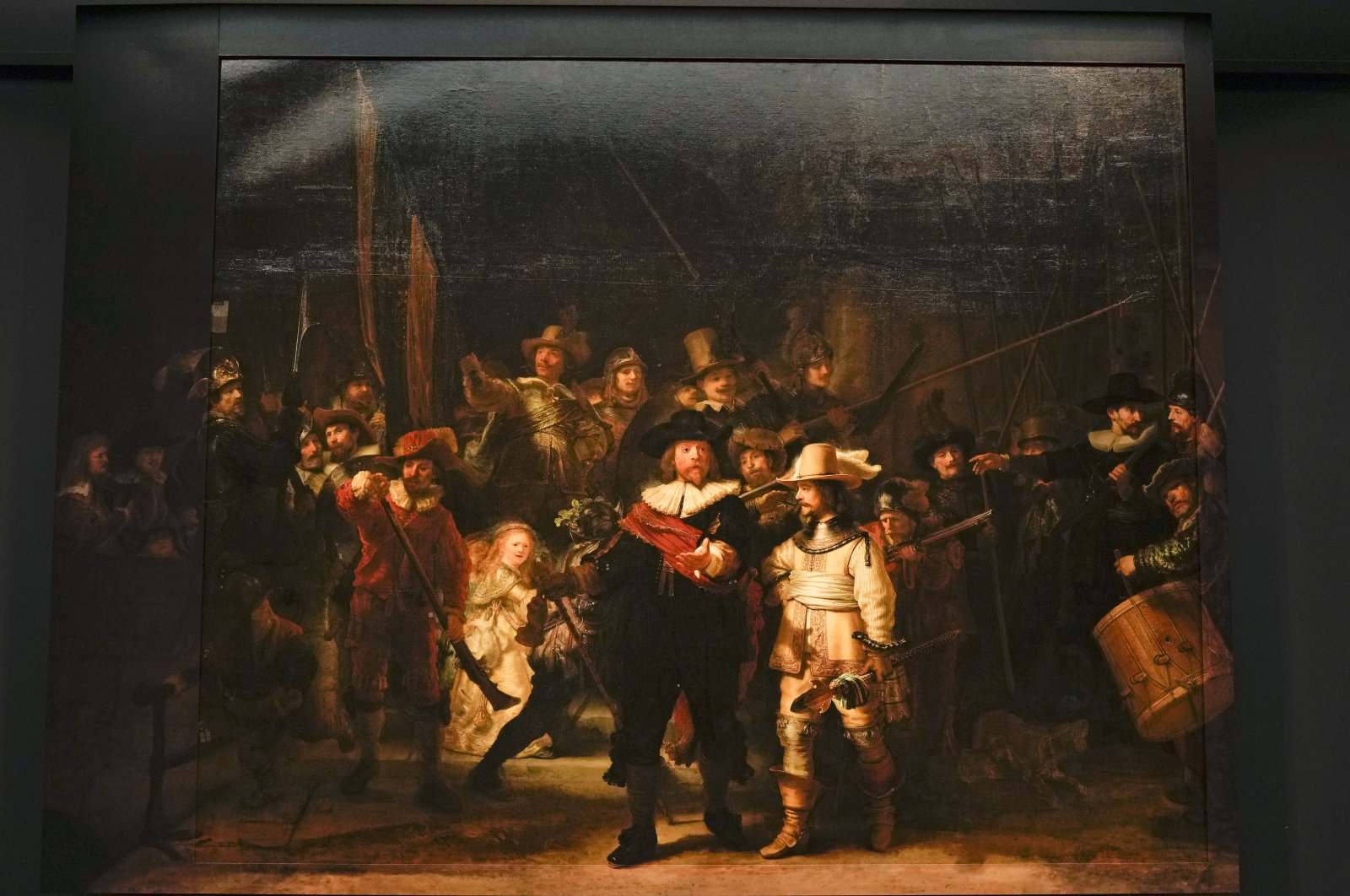 The Dutch national museum Rijksmuseum announced Wednesday that they will fix the ripples in Rembrandt van Rijn's world-famous painting “The Night Watch.”

The 379.5x453.5-centimeter (149.4x178.5-inch) canvas will be removed from its wooden stretcher next month and placed on a new one to remove rippling that was caused when the world-famous painting was housed in a temporary gallery while the Rijksmuseum underwent major renovations from 2003 to 2013.

The oil on canvas painting depicts an Amsterdam civil militia and shows off Rembrandt’s renowned use of light and composition to create a dynamic scene filled with characters.

The museum said the ripples were likely caused by “excessive climatic fluctuations in the gallery” where it hung during the rebuilding work on its landmark home in Amsterdam.

“We feel this is very important to do for the long term preservation of the painting. The deformation (is) then expected to relax and the painting then will assume a flatter, more even surface,” said Petria Noble, the museum's head of paintings conservation.

The painting has undergone many restorations over its lifetime. It was placed on its present wooden stretcher in 1975. Once the painting has been restretched, the museum will decide on whether further restoration work is needed.

The announcement came as the museum rounded off long and minutely detailed scrutiny of the painting using a battery of high-tech imaging technology, including scans that revealed a preparatory sketch of the work underneath the paint.

“It gives us the feeling we can peek over Rembrandt’s shoulder while he was working on ‘The Night Watch,’” said Pieter Roelofs, the museum's head of paintings and sculpture. Experts had long suspected that Rembrandt sketched the work before painting it in 1642. Now they have the proof.

“This gives us a real insight into Rembrandt’s creative process for the first time. It is fascinating to see how he’s searched for the right composition,” Roelofs said. “We’ve discovered the origins of ‘The Night Watch,’” he added.

The museum said that much of the painting remains in excellent condition, while some areas are “in poor repair, partly as a result of the many treatments ‘The Night Watch’ has undergone since the 17th century.” It added that past removal of varnish likely led to painting dissolving on parts of the work.