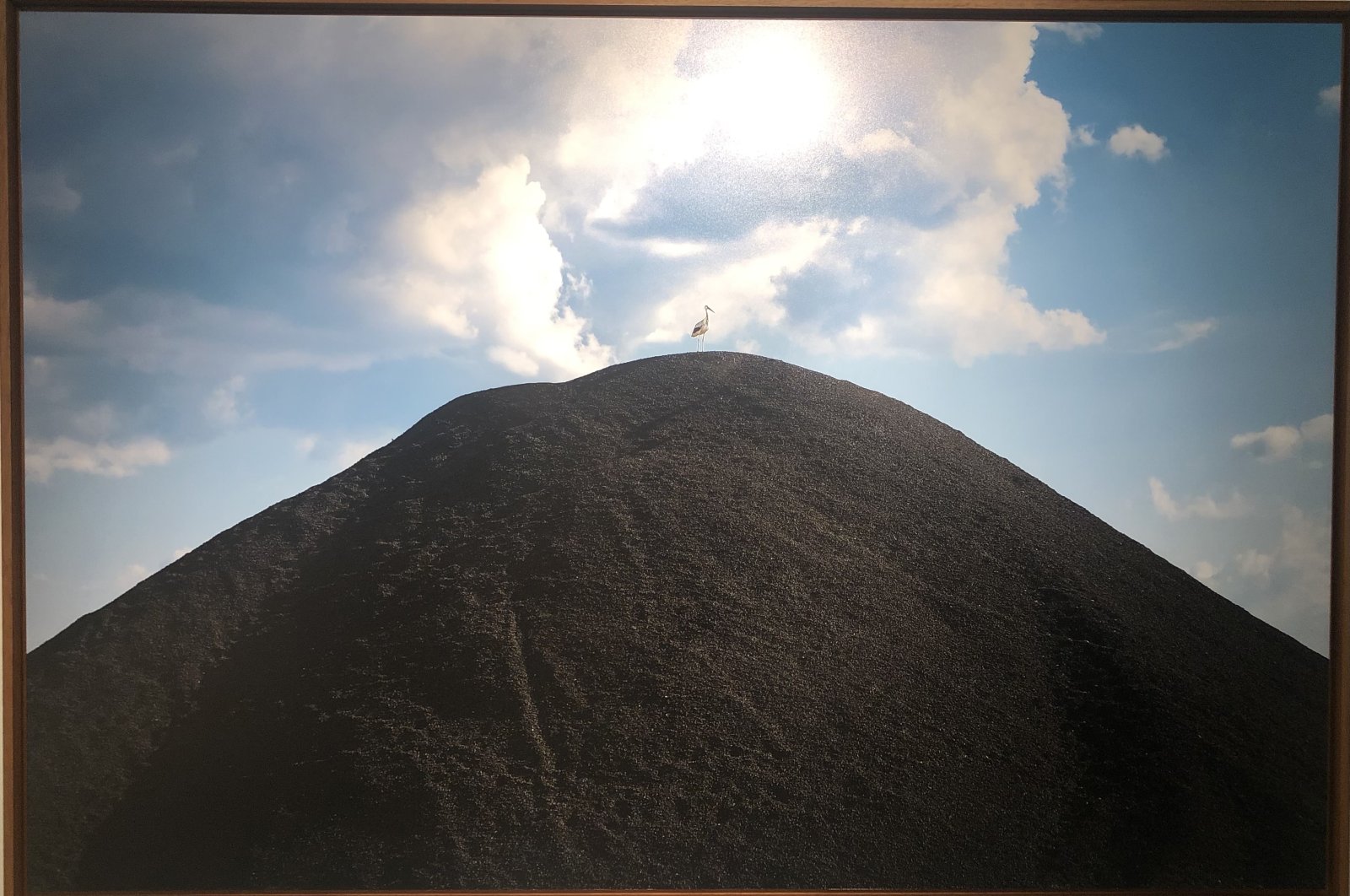 For the Akbank 39th Contemporary Artists Prize Exhibition, curator Murat Tabanlıoğlu worked with 21 artists, all born in the 1980s and 90s, whose multimedia creations speak to the theme of architectural humanism

The right to creativity is synonymous with the right to life. That is the crux of brut art, or its correlative movements among naive artists and freethinkers in all mediums of expression who have sought to transcend the bounds of academic, or any institutional legitimacy, thereby allowing for more inclusivity in an otherwise often elitist humanities sector. But while that can be more easily said in the schools of painting and sculpture, as just two examples, the realm of architecture as a highly practical and applied art, is subject to a range of different scrutinies.

That did not stop the radical Austrian activist-artist Friedenreich Hundertwasser from proclaiming that amateur, experimental and alternative-minded creatives had every right to be architects, that is, to fulfill the needs of building and its various divisions, be it urban housing or theatrical acoustics. In 1958 Hundertwasser wrote “Mould Manifesto Against Rationalism in Architecture” while leading a career in polemical art. His biomorphic tendencies can be likened to Antoni Gaudi, or the American “garbage warrior” Michael Reynolds.

Hundertwasser would go on to such artistic activities as professing a return to constitutional monarchy in Austria under Otto von Habsburg and redesigning a Maori-Inspired New Zealand flag among untold other performance-like turns of ideological invention that drew from European graphic art history and the global environmental movement. Since his passing in 2000, his memory is revitalized in Istanbul with the work of curator Murat Tabanlıoğlu, whose show for the 39th Contemporary Artists Prize Exhibition at Akbank Sanat references him.

Tabanlıoğlu is a keen urban thinker whose curation extends into city planning with fresh and perennial wisdom. The idea, gleaned from the likes of Hundertwasser, that runs through his group show at Akbank Sanat, is to instill the value of building one’s home, not out in the boondocks of country wilderness, as is common to the back-to-land mythos of the midcentury American suburbanite, but right in the middle of the metropolitan chaos, perhaps even as an antidote to its runaway construction.

The problem is that architecture is codified and limited to an exclusive order of professional workers, who, in many ways rightly so, are tasked with building the arranged networks of apartment complexes and high-rises that shape life in Istanbul, from the interiority of domestic psychology to the soundscape of its rough-and-tumble streets. Tabanlıoğlu, however, chose to focus on a single architectural feature, namely a balcony, which is iconic to Istanbul’s residential nexus. Some 21 young artists responded, their eyes on the future.

Another kind of place

A metal sculpture by Gaziantep-born Şükrü Aslan opens the exhibition with a figure composed of strips, almost threaded. They are holding onto the bars of their balcony, dangling their legs off of its edge. The pedestal of the piece is intact, so as to give a sense of height to its groundless dimensionality. And Aslan also extended the top bar of the black iron balcony over the head of the metallic person. It is a very different image than that of Italy singing from its balcony to keep lockdown depression at bay. Aslan’s vision digs into the fixed matter of solitude.

From there, the thematized assemblage of artworks continues on with a quartet of photographs by Ayşe Gözde Çöklü. Born in 1981, and originally from the town of Bandırma of Balıkesir province on the southern coast of the Sea of Marmara, Çöklü’s images adapt the concept of the balcony as a space that is both inside and outside of a home, a nexus not unlike that of a resident foreigner who is simultaneously an outsider where they’re from and where they live. In each of Çöklü’s photographs aspects of interiority, like outlets, commingle with parking lots.

An interesting spin on Aslan’s piece can be found in the utterly minimalistic, even slightly brutalist piece by Aslıhan Uruş called “Space” (2021). Like Çöklü, Uruş graduated from Hacettepe University’s painting department in the capital Ankara, where many of Turkey’s finest artists received their alma mater, including the Frankfurt-based duo Mustafa Kunt and Özlem Günyol. Although itemized as an installation, “Space” is quite consolidated into a single piece, despite having been installed. Its rustic simplicity is almost tacky, but it communicates grunge well.

Beside it is a veritable installation, albeit an easy one, by artist duo Egemen Tuncer and Hacer Kıroğlu, whose piece, “Balcony.rar” (2021) includes a wooden folding table and two chairs only the outdoor balcony furniture, is something of an expression of the “.rar” extension, a digital reality that in the hands of the artists, indicates compression. Even the book that they placed on the surface of the table is unusually slim. The title, “Ornament and Crime,” is a collection of essays by Austrian architect Adolph Loos, whose ideas Hundertwasser rejected.

If Loos was a modernist architect, Hundertwasser was a postmodernist who sought to transcend the purely utilitarian ambitions of his predecessors in favor of a more contiguous, organic style of living in concert with the ecological surroundings in which a community lives. “Nature is studied – but without success,” wrote Loos, in his 1897 essay, “Our School of Applied Art,” one of the writings in “Ornament and Crime.” When it came to reinventing architectural creativity, Hundertwasser fought against the anthropocentric focus of Loos.

About face and onward

The 39th Contemporary Artists Prize Exhibition at Akbank Sanat covers two floors of the sleek building near the end of Istiklal Avenue where the bustling promenade abuts the spacious revitalization of Taksim Square. But whether or not its chosen artworks convey a collaborative point with respect to its underlying conceptual motifs is unclear. It appears that instead of prompting the young artists of Turkey to experiment with the application of designs proposed by Loos, Hundertwasser or others, they have shown themselves to be clever, but removed observers before the incessant housing and construction issues that have plagued Western and global society since the dawn of modernity.

A fine art print of a digital photograph by Emin Berk, who studied in the department of photography at the prestigious Mimar Sinan Fine Arts University is titled, “Out’side” (2021) and shows a dog by the gate of an unpeopled house. Behind it are the stacks of industrial plants, and a relatively treeless landscape that unfolds, all too familiar. Both Loos and Hundertwasser, although disagreeing on the effect of their proposals, intended for artists to get their hands dirty, reenter the workshop and seek communion with the source of their materials and the places in which they worked. But as in Ismail Onur Gönüllü’s installation, “Scream, Things of Shadows" (2015-2011), what we see at Akbank Sanat are mere reconfigurations of perspectives from externalities that, curiously, also seem to have emerged from within, not unlike a balcony.