Photo collection in Jewish Museum reflects on life in Berlin 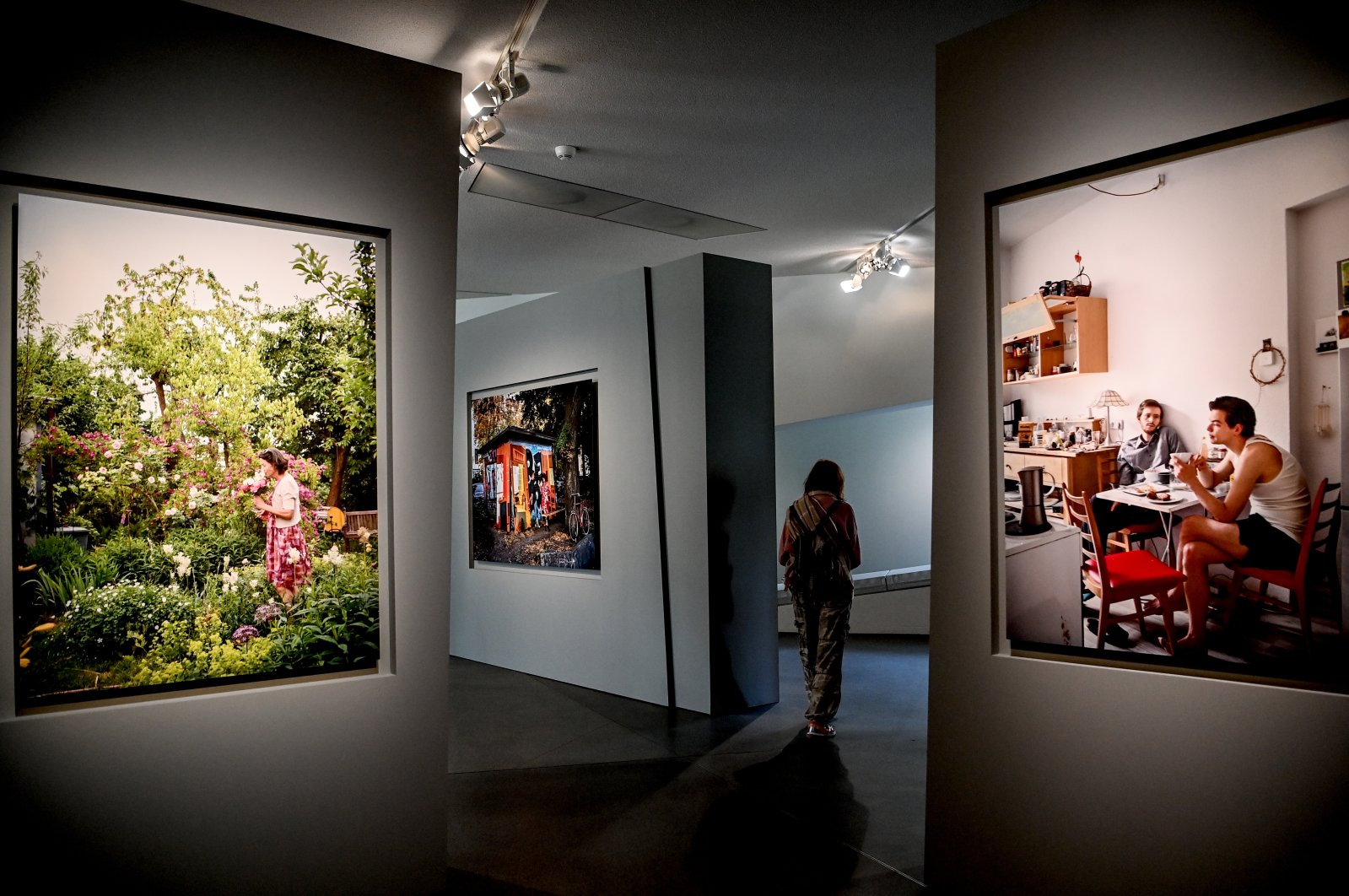 Frederic Brenner, a French photographer known for his documentation of Jewish communities around the world, prepared a photo series between 2016 and 2019 set in contemporary Berlin, which was rich with Jewish neighborhoods and traditions before the Holocaust.

Fifty of these works are now among the latest additions to the photography collection of the Jewish Museum Berlin until March.

Hetty Berg, director of the Jewish Museum Berlin, sees the photographs as an "invitation to reflection." They are fragments of Jewish life that cannot be combined to form a complete picture.

The curators of the exhibition "Frederic Brenner - Healed to Pieces" have refrained from labeling the pictures. Only at the entrance are we told what we're looking at and who is depicted.

Among the photos is one of a man wearing half civilian clothes and half the clothes of Orthodox Jews.

In an upper-class room, a woman sits in front of a wall full of picture frames – all of them empty. In autumnal foliage, a woman lies with her bicycle under a low sun, the photographer's shadow stretching into the shot.

An old man stretches out naked on his stomach on bare ground. His back is completely tattooed with a long quote from Theodor Adorno about Marcel Proust.

Brenner's works show the multilayered confrontation of those photographed with their everyday lives and the Jewish elements in them.

As a prologue to the exhibition, the museum has hung 33 of Brenner's photographs of fallen leaves.