Rare copy of US Constitution sells for record $42M at Sotheby's 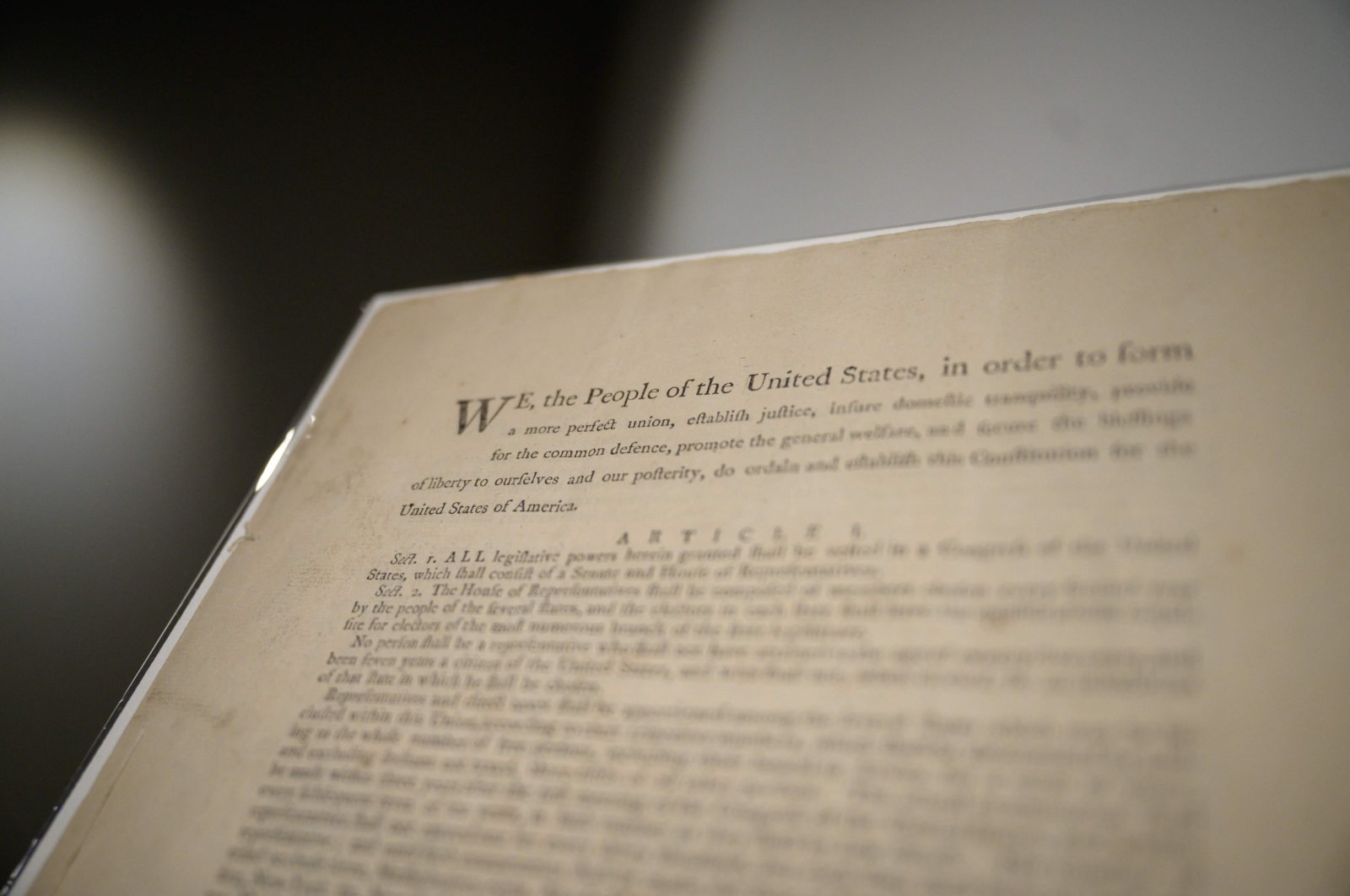 A page of the first printing of the United States Constitution is displayed at the offices of Sotheby's auction house in New York, U.S., Sept. 17, 2021. (AFP Photo)
by ASSOCIATED PRESS Nov 19, 2021 11:37 pm
RECOMMENDED

One of the 13 original first printings of the United States Constitution sold at Sotheby's in New York on Thursday for $43.2 million, breaking the price record for a book or document sold at auction.

Griffin, the founder and CEO of multinational hedge fund Citadel, outbid a group of 17,000 cryptocurrency enthusiasts from around the world who crowdfunded to buy it over the last week.

"The U.S. Constitution is a sacred document that enshrines the rights of every American and all those who aspire to be," Griffin said in a statement. "That is why I intend to ensure that this copy of our Constitution will be available for all Americans and visitors to view and appreciate in our museums and other public spaces."

Crystal Bridges board chairperson Olivia Walton said, "We are honored to exhibit one of the most important documents in our nation's history from our location in the heartland of America."

The museum opened in 2011 and was founded by Alice Walton, the daughter of Walmart founder Sam Walton.

The document that Griffin purchased at Thursday night's auction was one of 13 known copies of the first printing of the Constitution and one of only two in private hands.

This printing of the Constitution was last sold in 1988 when real estate developer and collector S. Howard Goldman bought it at auction for $165,000.

Proceeds from Thursday's sale will benefit a foundation established by Goldman's widow, Dorothy Tapper Goldman, to further the understanding of constitutional principles.

"Tonight's sale of this exceptionally rare and important printing of the Constitution was a monumental and historic occasion," Selby Kiffer, Sotheby's senior international specialist for books and manuscripts, said in a statement.

Kiffer said the auction result reflects how relevant the Constitution remains, "not only in America but for global democracy."

The underbidder was ConstitutionDAO, which announced its plan to raise millions of dollars to buy the Constitution on Twitter on Nov. 12. DAO stands for decentralized autonomous organization, a type of community-run business that operates on the blockchain.

ConstitutionDAO tweeted Thursday night, "We showed the world what crypto and web3, onboarding thousands of people in the process, including museum curators and art directors who are now excited to keep learning."

The group added, "We were the first DAO Sothebys has ever worked with, but we're sure we won't be the last one."

The previous auction record for a book or manuscript was set in 1994 when Bill Gates purchased the Codex Leicester by Leonardo da Vinci at Christie's for $30.8 million.