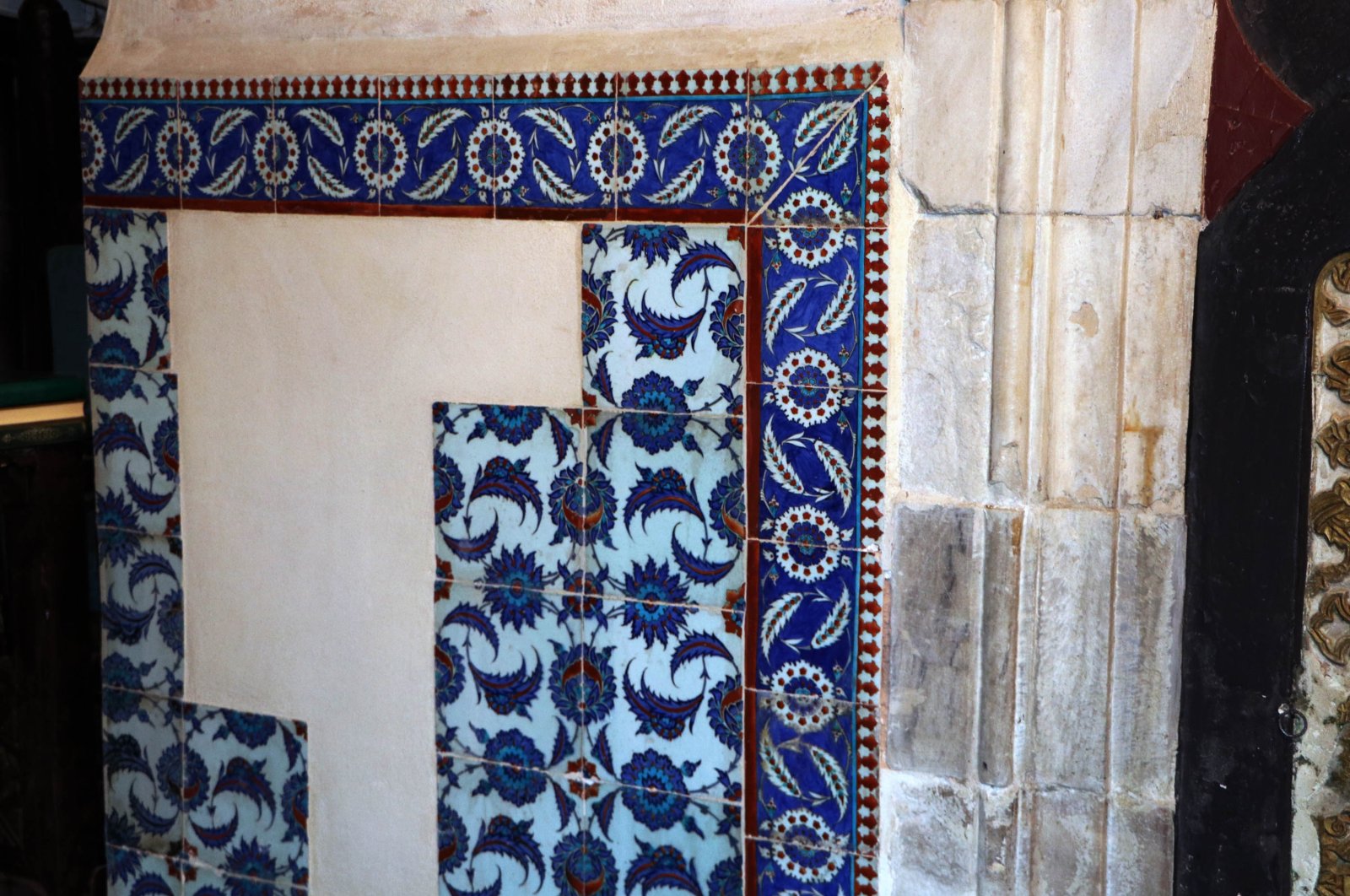 Everyone was wondering who bought a rare portrait of Ottoman Sultan Suleiman I, or Suleiman The Magnificient, from a sale at famed auction house Sotheby’s in London last month. But the auction was much more important for Turkey as it gave authorities a new lead on the fate of two missing glazed tiles. The tiles were claimed to be among those stolen from a mosque in southern Turkey 19 years ago. The Culture and Tourism Ministry managed to halt their auction and took legal action for their return.

Turkey was already searching for the tiles, which were among 223 stolen from the Ulu Mosque in the province of Adana when officials combing the "Arts of Islamic World and India" auction catalog came across two tiles which were published about one month before the auction. The tiles were described as “Iznik ceramic tiles with palmette decorations, approximately dating back to 1575, originated from Turkey.” Experts pieced it together when the tiles appeared to complete the missing pieces of tiles at the Adana mosque. In 2009, a police raid in Istanbul had managed to retrieve 67 tiles, seven years after the theft and authorities have applied to Interpol to find the other tiles suspected of having been smuggled abroad. One of the missing tiles showed up at another London auction by Christie’s auction house but Turkey managed to stop the sale in 2011.

A meticulous examination discovered the tiles had the same size, motifs and other features same as the stolen tiles, which was used as evidence to convince British authorities to stop the sale. Ankara now awaits a response from Sotheby’s for their request to return the tiles.

Turkey has managed to retrieve 2,712 artifacts smuggled abroad thanks to its strict pursuit of stolen antiquities that have ended up in auctions and private collections.