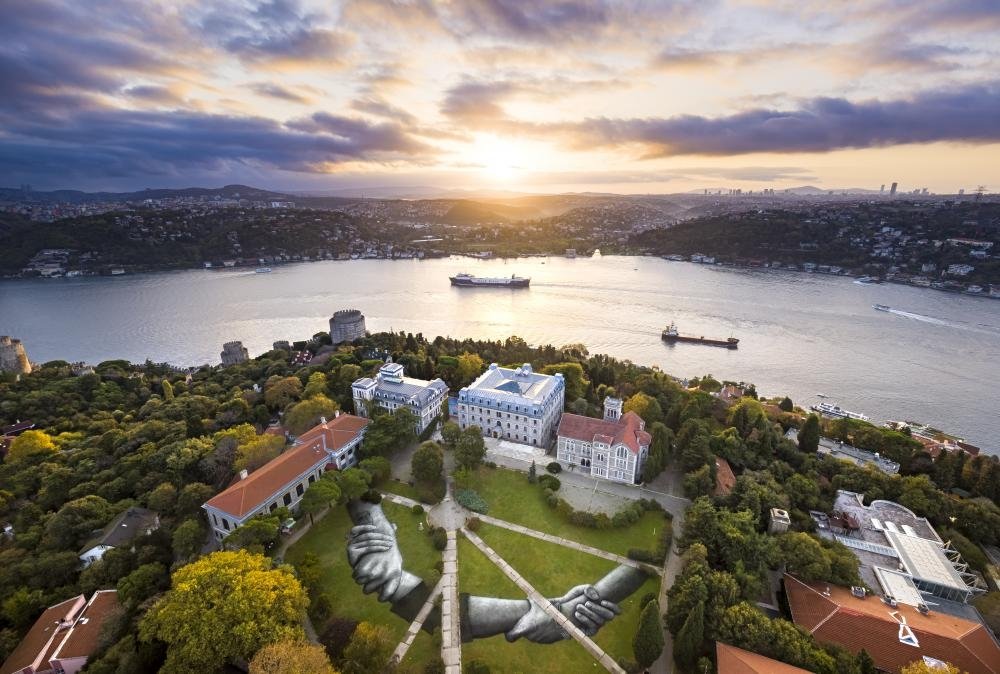 Institut Français Turkey’s popular "Masterclass" series, which was launched in December 2020, continues to host renowned guests who have achieved success in their fields. As part of the latest edition of the series, French land artist Saype and Turkish street artist Leo Lunatic will share their professional experiences in their arts on March 24 at 7 p.m. through a Zoom meeting.

French artist Guillaume Legros, also known as Saype (an abbreviation from “say” and “peace”), creates monumental frescoes on grass and soil. He is the inventor of a biological paint made of chalk and coal that dissolves in nature. His unique approach and innovative technique led to him being cited by the famous Forbes magazine as one of the 30 most influential people under the age of 30 in the field of arts and culture in 2019.

His poetic and non-permanent works travel across the world to influence minds in the field of respect for nature. Choosing to symbolically create the world's largest human chain in a polarizing world, the artist invites us to embrace benevolence and coexistence with his Beyond Walls project. For this project, he draws giant interlaced hands on the grass in many places around the world to symbolize mutual aid and joint effort beyond country boundaries. The French artist, who came to Istanbul in October as part of the project, made three different frescoes: one in the Beykoz district, one at Boğaziçi University and one at the Atatürk Bridge on the Golden Horn, alternatively known here as the Unkapanı Bridge.

Contributing to Istanbul's developing urban art scene, Leo Lunatic has drawn global attention to the streets of Istanbul with his iconic panda and Roman and Greek busts, as well as with his graffiti and mural works in many areas of the city. The artist, who usually presents his works in public spaces, mostly prefers to use the walls of old buildings. Expressing himself in experimental ways, Leo produces versatile works by combining multiple mediums and multiple art disciplines. Using the influences derived from Western pop culture and Ottoman motifs with ancient Roman and Greek sculptures, Leo has worked extensively on popular artworks. His combination of old and new, modern and antique not only reflects his point of view, it also represents the landscape he lives in, modern Istanbul, where cultures have also blended.

Participation in the Masterclass of Saype and Leo Lunatic is free and open to everyone.