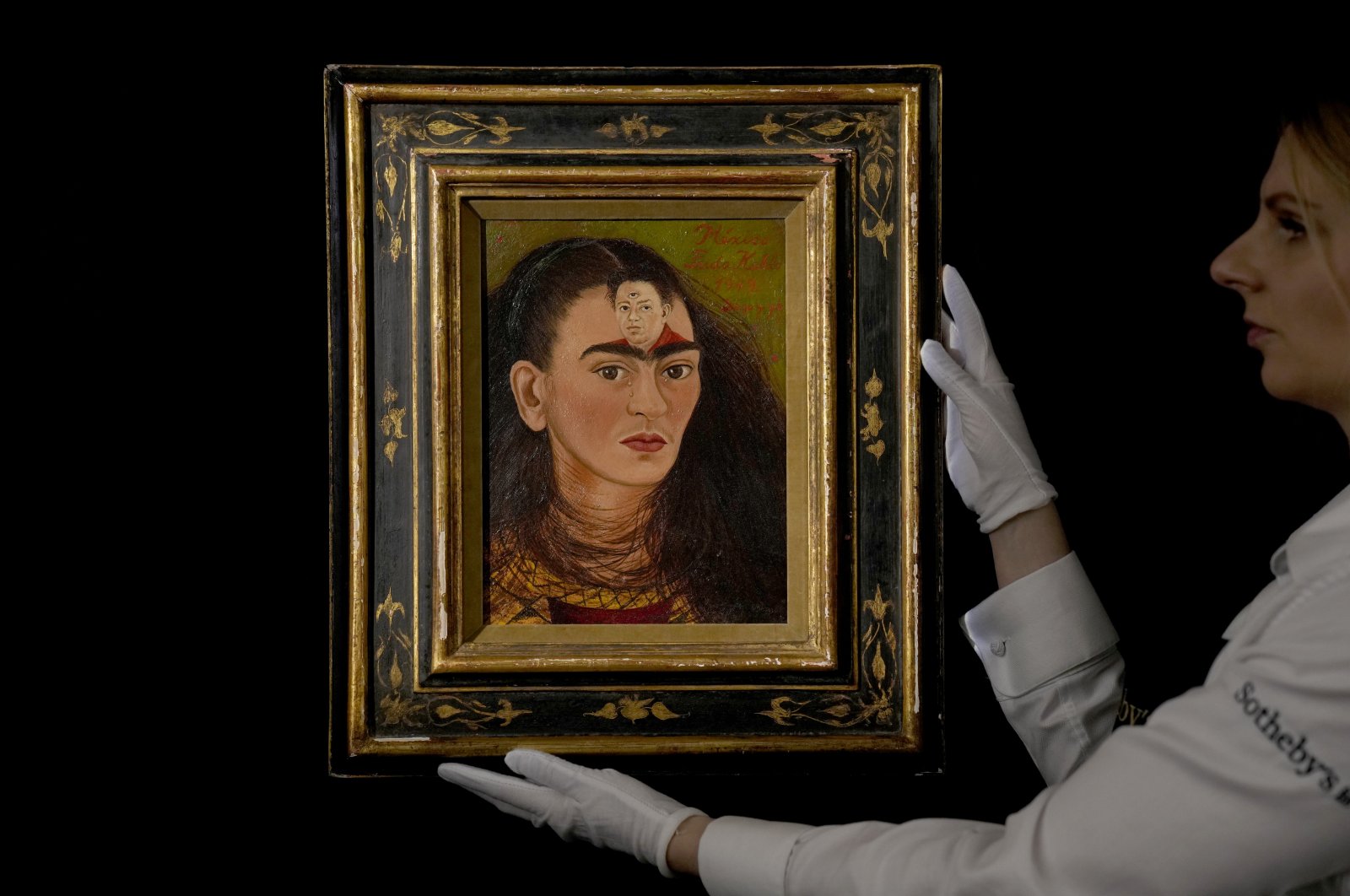 A self-portrait by Frida Kahlo went under the hammer at Sotheby's in New York on Tuesday. The painting, which also features a depiction of Kahlo's husband, Diego Rivera, fetched $34.9 million, the highest price ever paid for a painting by a Latin American artist.

Completed in 1949, Kahlo's "Diego y yo" ("Diego and I") painting was sold to an unidentified buyer. The price included $3.9 million in fees, the auction house said.

"This is one of the most important works by Kahlo ever to come to auction and we're thrilled that it should be at Sotheby's," Oliver Barker, Sotheby's auctioneer and senior director, said as he opened the bidding.

The painting shows a teary-eyed Kahlo with her hair loose around her and a third eye embedded above her brow.

Kahlo, who spent long periods bed-ridden after a traffic accident in her youth, created some 200 paintings, sketches and drawings – mainly self-portraits – in which she transformed her misfortune into works of bold color and emblematic strength.

After she died in 1954, she attained international fame during the 1970s as she rose as a feminist icon.