Story of Red Crescent on display at Istanbul Airport 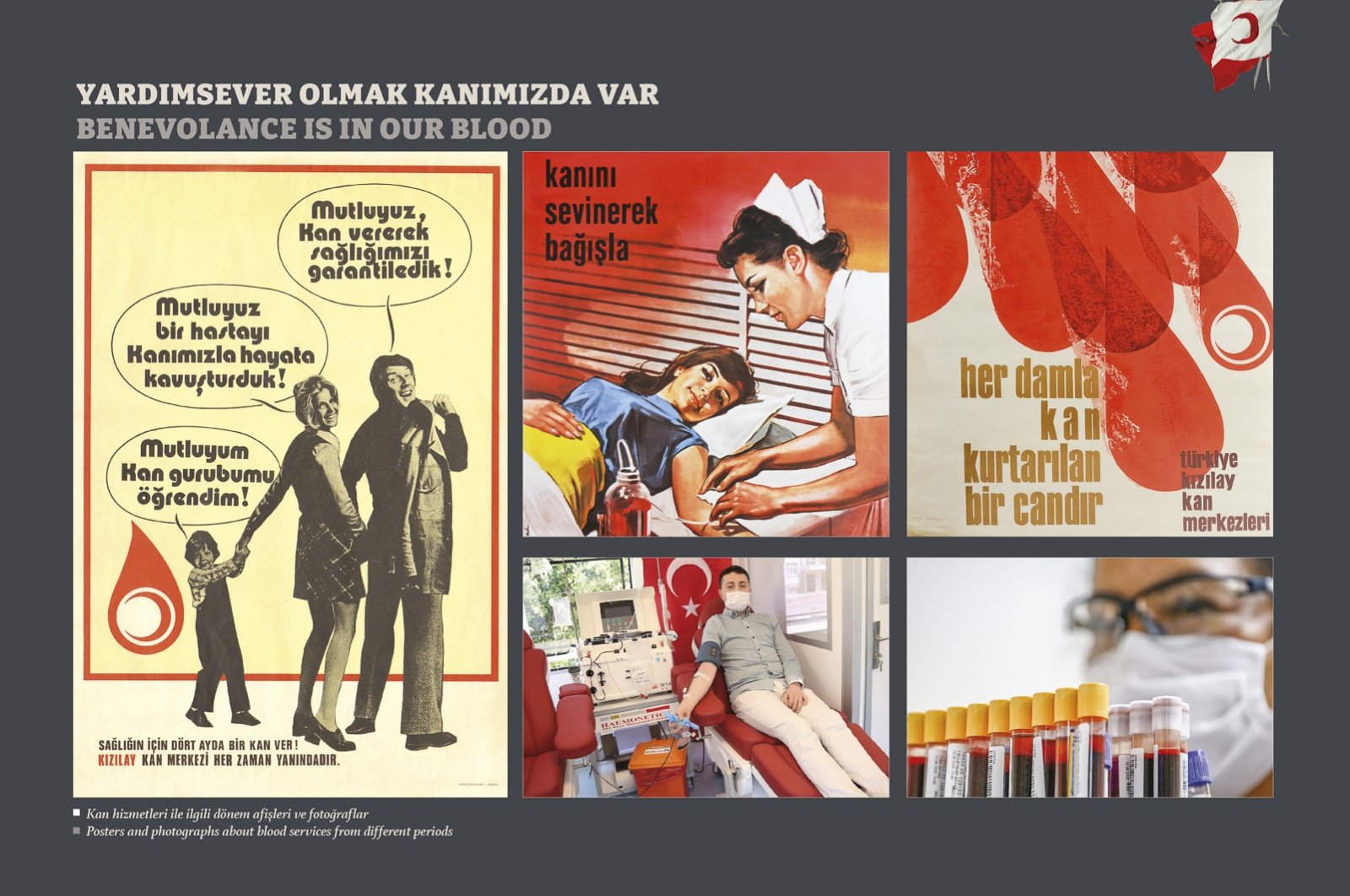 The Turkish Red Crescent’s mission is to provide "aid for needy and defenseless people in disasters and (in) normal periods as a proactive organization, developing cooperation in society, providing safe blood and reducing vulnerability," according to the institution's official website.

The volunteer-based, nonprofit organization was founded under the Ottoman Empire with the name “Hilal-i Ahmer Cemiyeti” on June 11, 1868. It later took on various different names, including the Ottoman Red Crescent Society and Turkish Red Crescent Community. The modern name of Kızılay was given to the institution by Mustafa Kemal Atatürk, the Turkish republic's founder.

The exhibition presents the history of the institution, which has been providing unconditional aid and service since its foundation, through photos and various documents. Curated by the Red Crescent Art Director Mehmet Lütfi, the show was launched in cooperation with Istanbul Airport's operator IGA.

Visitors will learn about the story of the "Hilal-i Ahmer," which was established to help the soldiers injured in the war and which turned into today's Turkish Red Crescent. Topics include the figures who played an important role in the founding of the institution, critical assistance provided during historical events such as the front line of World War I in which Red Crescent ships were turned into sailing hospitals, the stories of aid and health workers during the Turkish War of Independence (1919-1923), and Atatürk’s visits to Red Crescent General Center.

Speaking at the exhibition's opening, Turkish Red Crescent President Kerem Kınık said that their institution has conducted work in more than 150 countries to date. He noted that this exhibition, which was also opened on Istiklal Street in Beyoğlu district last month, will continue under different themes. “This exhibition is the story of the good side of humanity. It is our story that unites people. Therefore, we need to learn it first and then tell it to the world.”