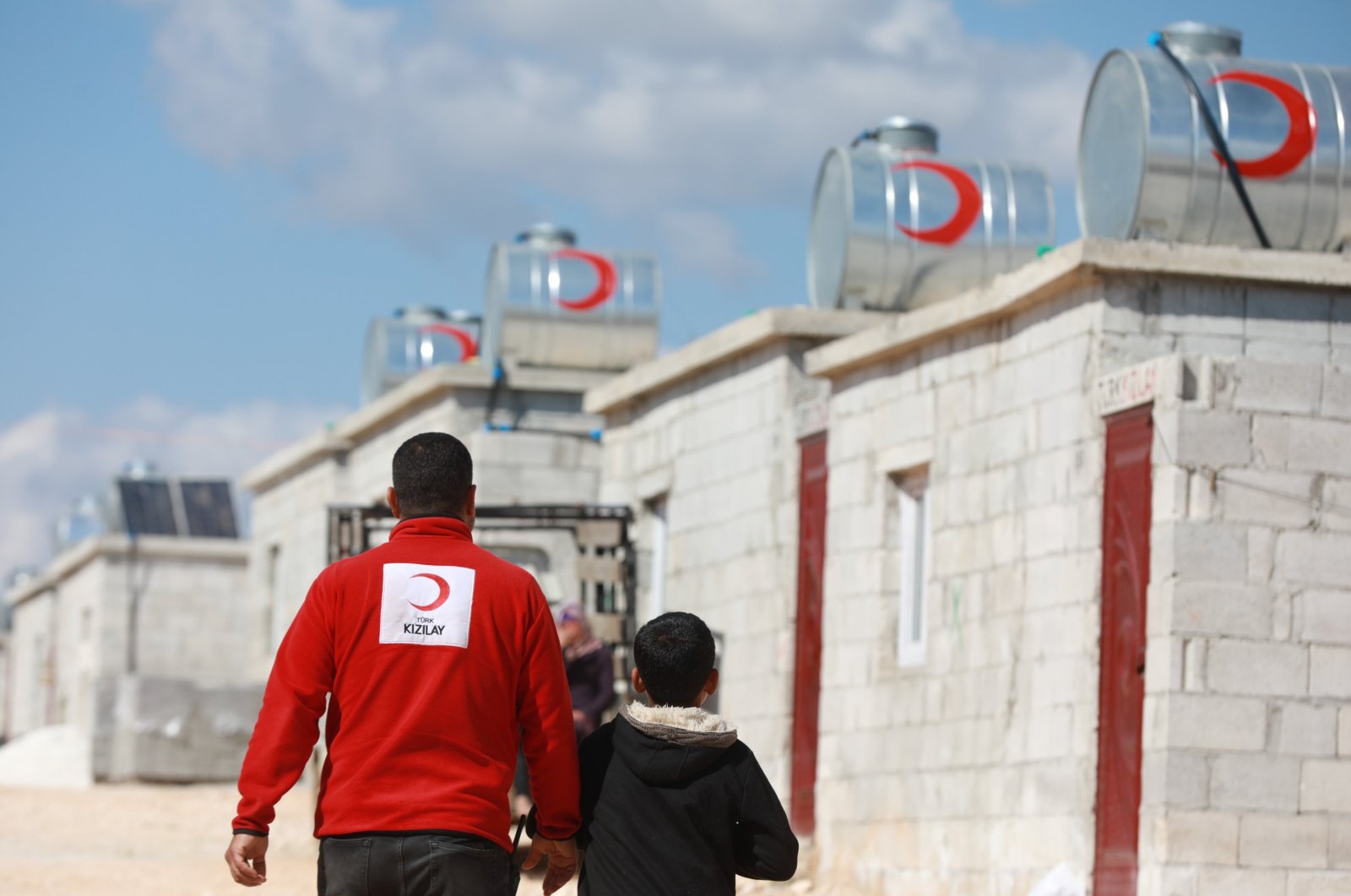 The Turkish Red Crescent (Kızılay) continues to support people under temporary protection in Turkey and across the world.

For World Refugee Day on June 20, the Turkish charity released a statement on the situation of those under temporary protection who have to migrate from their homes and take shelter in different countries for various reasons.

The state-run aid group has reached 1.7 million people who took refuge in Turkey through 16 active community centers and 521 personnel in different cities, it said.

Despite the coronavirus pandemic, the number of people fleeing wars, violence, persecution and human rights violations rose to 82.4 million in 2020, according to the statement that cited a recent annual report by the United Nations High Commissioner for Refugees (UNHCR).

Through cross-border aid, the Turkish Red Crescent aims to reduce the effects of humanitarian crises and improve living conditions, it added.

Access for cross-border aid from Turkey was reduced last year to just one crossing point after opposition from Russia and China – permanent Security Council members – to renewing other crossings. Another showdown is expected over the issue at the U.N. Security Council next month as Washington and several other members of the 15-member Security Council are pushing to expand the cross-border operation, which U.N. aid chief Mark Lowcock has described as a "lifeline" for some 3 million Syrians in the country's north, more than half of whom depend on food aid.

All of that filters through the Bab al-Hawa crossing where currently around 1,000 U.N. trucks enter a month through Turkey. The U.N. Security Council first authorized a cross-border aid operation by the U.N. and nongovernmental organizations into Syria in 2014 at four points. Last year, it reduced that access to one crossing point from Turkey due to opposition from Russia and China over renewing all four.

In the past decade, the council has been divided over how to handle Syria, with Syrian regime allies Russia and China pitted against Western members. Russia has vetoed 16 resolutions related to Syria and was backed by China for many of those votes.