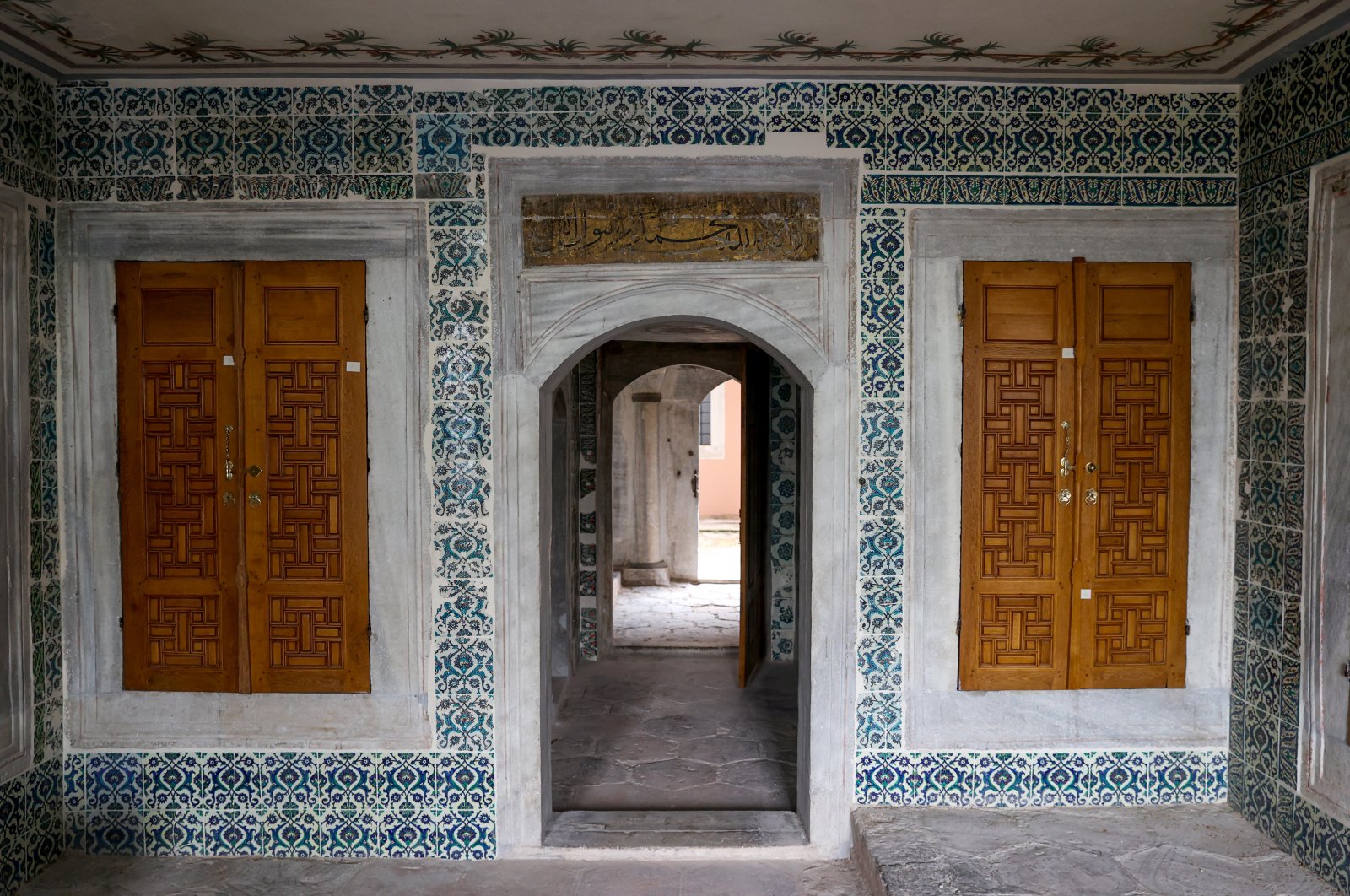 The restoration of the Courtyard of the Sultan's Consorts and the Concubines and Hospital of the Harem in Topkapı Palace, one of the most famous landmarks of Istanbul that once housed Ottoman sultans while the city was the capital of the empire, has reached its final stage. With the completion of the restoration in these sections, it is expected the visitor capacity of the palace’s Imperial Harem (Harem-i Hümayun) will triple.

In the restoration of the Courtyard of the Sultan's Consorts and the Concubines, which resembles a classic Anatolian house in terms of its architecture, works to conserve the domes and vaults were launched at the very beginning. Concrete plaster, thought to date to the 1940s, was removed, and authentic brick joint techniques were applied. Then, the restoration of the wall tiles and paintings was completed.

The restoration work of the Harem Hospital has also reached the final stage. The hospital, which is thought to have been built in the farthest point of the harem in order to prevent the palace people from being affected by a possible epidemic, was used during the cholera epidemic during the period of Sultan Abdülaziz (1861-1876). After the palace was turned into a museum, the hospital was used as storage for years. However, it will be open for visitors following the latest restoration.

Speaking to Anadolu Agency (AA), National Palaces Administration head Yasin Yıldız said the Courtyard of the Sultan's Consorts and the Concubines and Hospital of the Harem carry the traces of the 16th, 17th and 18th centuries. Noting that these places are the ones decorated with the most outstanding tile examples in the palace, Yıldız added: “We will present a highly qualified museum when we open these sections following their restoration. We are planning to open these parts to visitors by using all the opportunities of modern museology this year.”