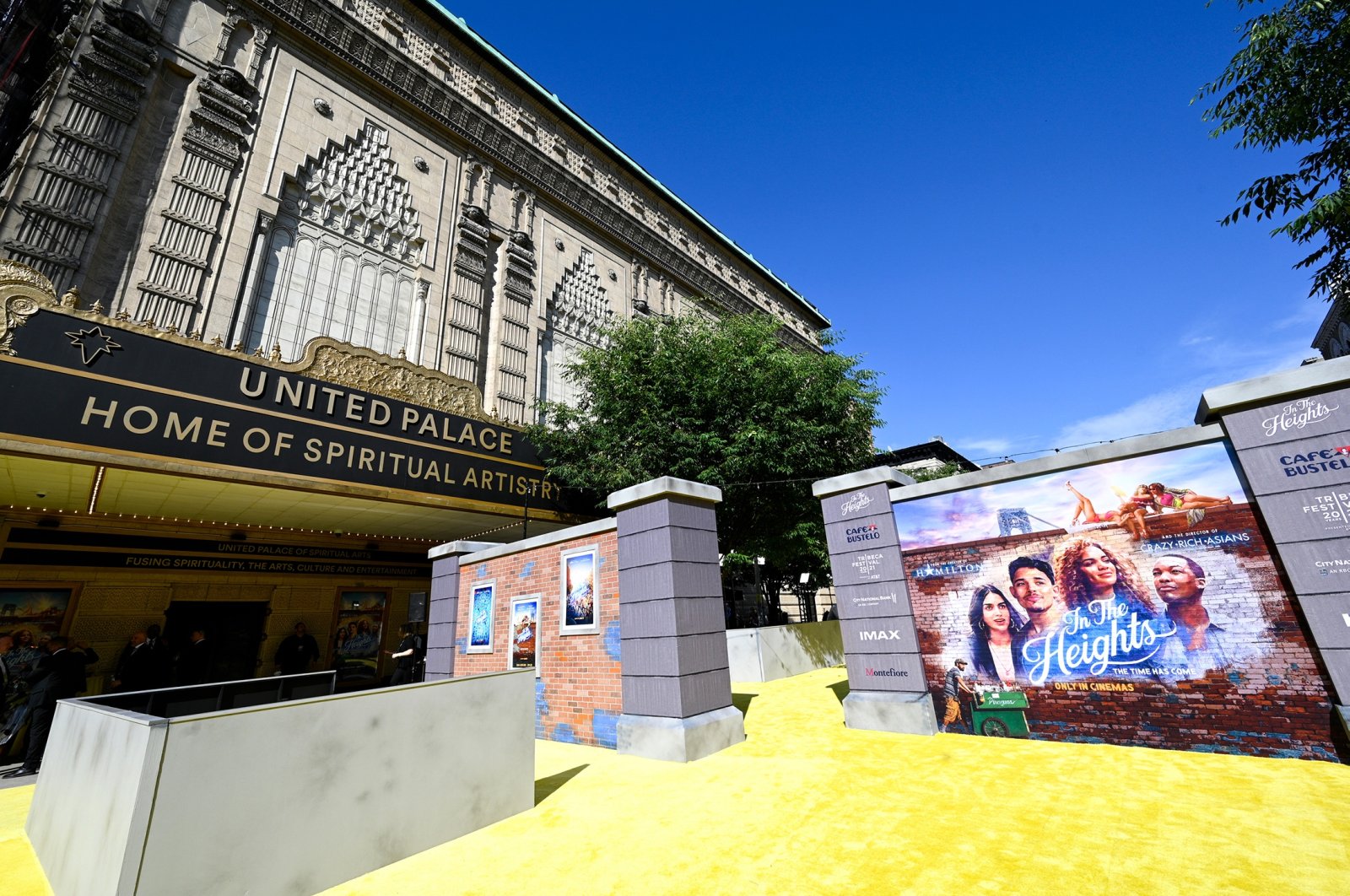 The moment has finally arrived for New York City's 20th Tribeca Festival after its 2020 edition was overshadowed and spoiled by the COVID-19 pandemic. The city, and the organization, are ready, in fact buzzing, to get past the wounds of last year as restrictions have eased to allow for an in-person event of film glory.

This year's Tribeca, which opened Wednesday with Jon M. Chu's adaption of the Lin-Manuel Miranda musical "In the Heights," will be spread throughout all five boroughs of New York with a mix of in-person and virtual screenings, ultimately culminating in a full-capacity premiere at a newly reopened Radio City Music Hall. For a festival founded in the wake of 9/11, coaxing New York back to life is a familiar role.

"Our founding mission felt more poignant, more important than ever," Jane Rosenthal, who started the festival with Robert De Niro, said in a recent interview. "That original mission of the festival was to use the power of film and storytelling not just to entertain but to rebuild our city – emotionally more than anything else."

Tribeca, which this year is being held two months later than usual, will be one of the biggest film festivals yet this year to go forward with a mostly in-person event. But instead of the usual theaters that are home to the festival, its primary venues this year will be outdoor screenings dispersed around the city. There is still a virtual component to the festival but the emphasis will be the energy generated by perhaps the largest cultural event held in New York in more than a year.

"Eighteen months ago, we all had to isolate," says Rosenthal. "Now that we're coming out of it, I talk to so many people who are in some ways struggling to come out. It's been interesting the emotional toll this has taken on so many of us, not to mention the families that lost loved ones and all the front line workers."

A massive summer concert in Central Park was announced, and on June 20, the Foo Fighters will reopen Madison Square Garden to concerts after a 15-month shutdown.

But Tribeca, which includes 56 world premieres and programming across television, videogames, podcasts and virtual reality, had to start planning its 2021 incarnation – its 20th year – last August. Permits needed to be filed and selections needed to be made.

Organizers had to try to guess how health restrictions and vaccinations would evolve as they put the festival together. The rules of the road, as Rosenthal says, kept changing. Ultimately, they gambled that an in-person festival would be possible.

"We said the only way to be sure that our festival is happening is to pursue everything in parallel – to look at outdoor screenings, to look at indoor screenings and to look at a virtual platform," says Cara Cusumano, festival director. "Then as we keep getting closer, we'll understand which of these we need to turn the volume up and down on. The outdoor screenings ended up being the centerpiece."

Films will have fewer showings than normal. Seats will be distanced from one another. But premieres will be on rain-or-shine. On Wednesday, Morgan Neville, director of the anticipated "Roadrunner: A Film About Anthony Bourdain," was relieved to see that the forecast had brightened for Friday, the day his film debuts.

Fewer seats mean the Tribeca Festival, which has dropped the "film" from its name this year because of its multimedia program, will hope to sell more virtual tickets, as well as all-access passes starting at $999.

That includes anniversary screenings of "Fargo," "The Royal Tenenbaums," "The Five Heartbeats" and Charlie Chaplin's "The Kid." Steven Soderbergh's "No Sudden Move" will premiere as the festival's centerpiece, playing outdoors in the Battery. Tribeca will also feature programming timed to Juneteenth, and hand an award to Georgia political powerhouse Stacey Abrams.

However, the festival is bookended by two marquee events. "In the Heights," one of the summer's most anticipated movies, premiered Wednesday at the United Palace in Washington Heights, as well as in the other boroughs. Though the film has already bowed in Los Angeles and opens imminently in theaters Friday, its arrival in its namesake neighborhood was a special occasion.

"It's going to be quite another thing to see it on 175th Street," Miranda said ahead of the premiere. "There are community screenings the next day. I plan to be at those, too, because I want to soak up every bit of it. The whole show is a love letter to this neighborhood and all I want is for them to feel proud."

Running through June 20, Tribeca will conclude with an untitled Dave Chappelle documentary by Julia Reichert and Steven Bognar, makers of the Oscar-winning "American Factory." It will be the first time Radio City Music Hall opens its doors since the pandemic began. The historic Art Deco hall in midtown will be filled to capacity with vaccinated attendees, and without masks required.

It's possible that in the 12 days of the festival, New York will grow a little more comfortable gathering again – that just between opening night and closing night, the city will be a bit brighter and little livelier.

"There's a little bit of a come-on-this-adventure with us," says Cusumano. "We can't control the weather. We hope that everyone has that spirit of excitement that we went into it with: This is just exciting that this is happening and that there are movies again."