Tribeca returns with premiere of Soderbergh's 'No Sudden Move' 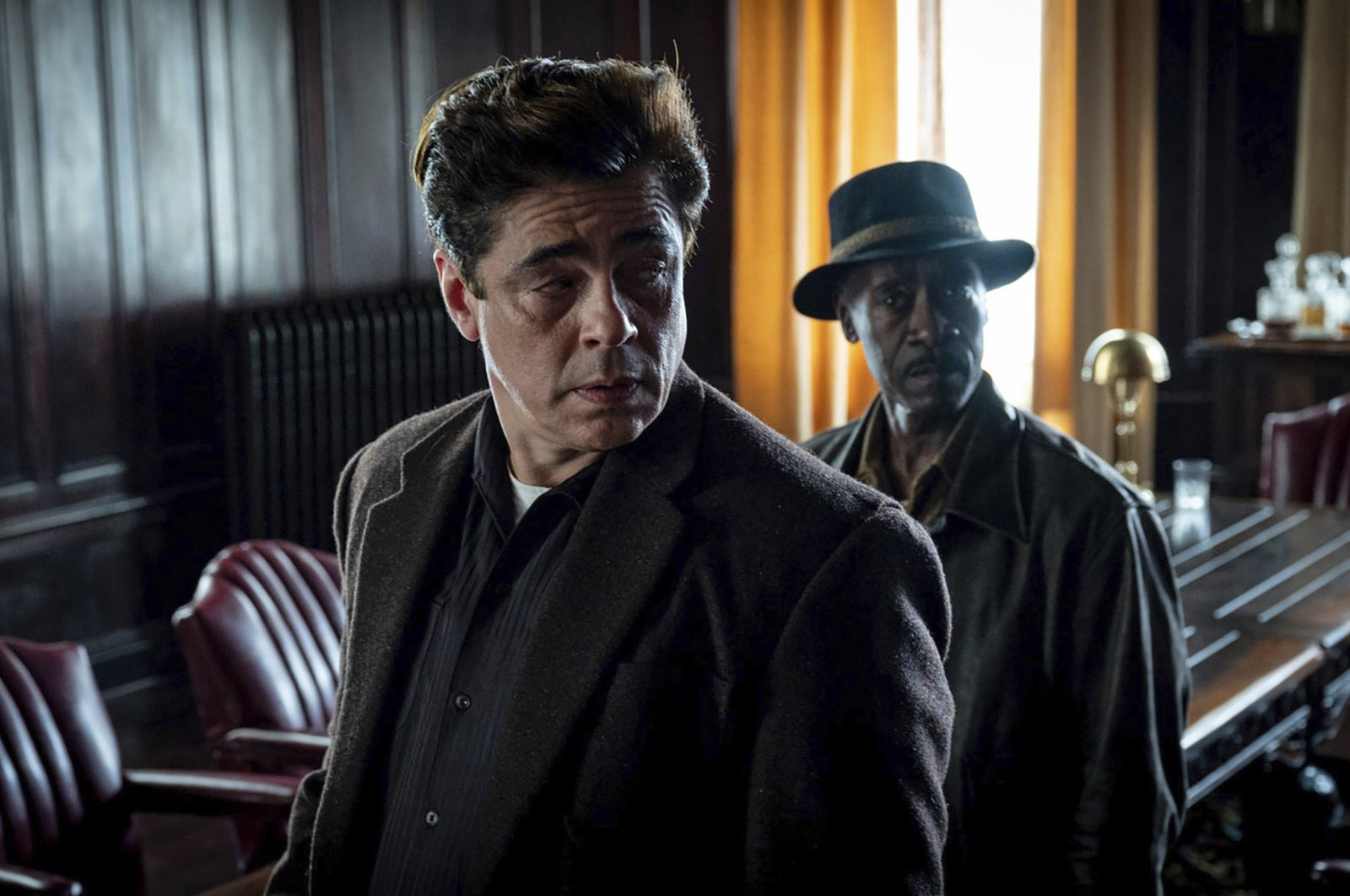 Benicio del Toro (L), and Don Cheadle look off-camera in a scene from Steven Soderbergh's "No Sudden Move," a film that will premiere as the centerpiece of the Tribeca Film Festival next month. (Warner Bros. Pictures via AP)
by Associated Press May 24, 2021 4:34 pm
RECOMMENDED

The famous annual Tribeca Film Festival will return next month with in-person open air screenings after having to cancel the event last year due to the global COVID-19 pandemic, and the centerpiece of the festival is set to be the delayed premiere of Steven Soderbergh's new crime drama "No Sudden Move," which was originally scheduled for 2020.

Festival organizers said Thursday that "No Sudden Move" will debut June 18 at an outdoor screening in Battery Park during the New York festival, which is to be held with a mixture of indoor and outdoor screenings throughout the city.

"A year ago I was on lockdown in Tribeca, so I never imagined we could return 12 months later with a new movie screening for a live audience in our neighborhood," the New York-based Soderbergh said in a statement. "I'm VERY happy."

The film follows Soderbergh's high-profile moonlighting gig as co-producer of the Academy Awards. With fellow producers Stacey Sher and Jesse Collins, Soderbergh steered the Oscars telecast through COVID-19 protocols and managed an intimate, in-person ceremony at a time when many other awards shows struggled to do more than bring nominees together by Zoom.

Still, the Oscars suffered a steep ratings drop and one gambit, to shake up the usual awards order, ended the ceremony awkwardly with an absent best-actor winner in Anthony Hopkins.

"No Sudden Move" – which also stars Jon Hamm, Amy Seimetz, Brendan Fraser, Kieran Culkin, Noah Jupe and Julia Fox – centers on "a group of small-time criminals (that) are hired to steal what they think is a simple document.

When their plan goes horribly wrong, their search for who hired them – and for what ultimate purpose – weaves them through all echelons of the race-torn, rapidly changing city."

Soderbergh last year helped lead the Directors Guild's efforts to safely resume production. In an interview in December, the filmmaker said the protocols on "No Sudden Move" didn't slow him down.

"The bottom line – I don't care what anybody says – if you're shooting on a film set, there's no version of that that includes physical distancing. It's impossible. It's an anthill," he said.

"So what that means is: For the people that in are in that anthill, you've got to test them three times a week and you need the results within 24 hours," Soderbergh said. "If you can do that, you can choke off an outbreak before it's gotten anywhere. We created a bubble of sorts. We took over a hotel and the densest part of the anthill stayed there. It's a production within the production."

The Tribeca Film Festival runs June 9-20. Earlier this week, Governor Andrew Cuomo announced the closing night of Tribeca is to be held at a newly open Radio City Music Hall with a 100% capacity vaccinated audience.