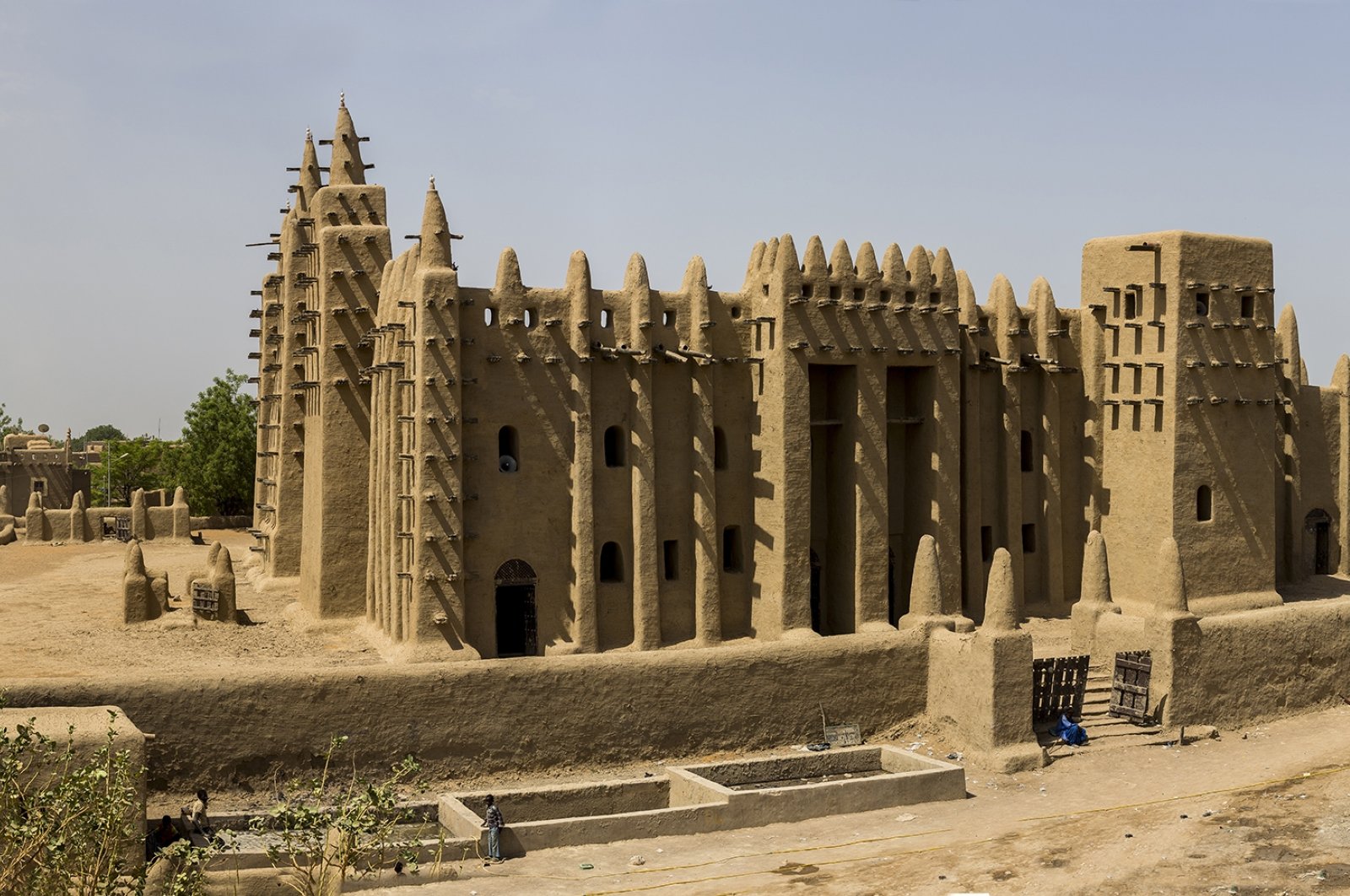 A photo of the Great Mosque of Djenne in the city of Djenne, Mali by Orhan Durgut. (AA PHOTO)
by Anadolu Agency Mar 07, 2021 3:33 pm
RECOMMENDED

Turkish photographer Orhan Durgut will launch an exclusive exhibition about the common ground and values in the Islamic world in Termez, the southernmost part of Uzbekistan.

Speaking to Anadolu Agency (AA), Durgut said this exhibition is the second show of the "Islamic Cities" project. Underlining that the project emerged after his observations in Mecca, Saudi Arabia, he said Muslims coming to Mecca from different countries love, help and communicate well with each other. After leaving Mecca, those people start to quarrel, he said. He aimed to introduce the Islamic world to each other.

He said he started shooting in Saudi Arabia and continued in the Aleppo and Damascus provinces in Syria. "We have identified 100 cities from 40 countries that have a place in Islamic history. We have completed the shooting of 64 cities so far," he said.

He said the first exhibition was held in the Bukhara province in Uzbekistan at the invitation of the Imam Bukhari Research Center.

"We shoot the Friday meetings of cities. This is one of the most common points of Islamic cities. Some countries have Friday mosques. All mosques are closed, and everyone is gathering in these mosques," he said. "We are shooting Islamic lifestyles. We photograph the beautiful movements of someone in such a way that they can set an example for others."

He said his team also shot in Baghdad, Najaf, Kufa and Karbala in Iraq, Egypt, Tunisia, Morocco, Mali and Somalia. "You cannot introduce the entire Islamic geography with 64 cities, but you can introduce a large spectrum," he said.

Highlighting that exhibitions play an important role in creating a memory, Durgut said another exhibition will also be held in Tashkent.

The team will hold two exhibitions in Palestine, simultaneously in Hebron and Jerusalem, he said, adding that it will exhibit 90 photos.

Underlining that his team started to make an "Atlas of the Holy Quran" project in parallel with the "Islamic Cities" project, Durgut said: "We will make an album that contains the photographs of the places mentioned in the Holy Quran, especially in the countries we travel to in the Middle East." "People do not understand the Quran only when they read it in Arabic. They must definitely read its meaning and interpretation. It is necessary to imagine the things we read and understood. We want to make this album to be a source for that dream," he added.