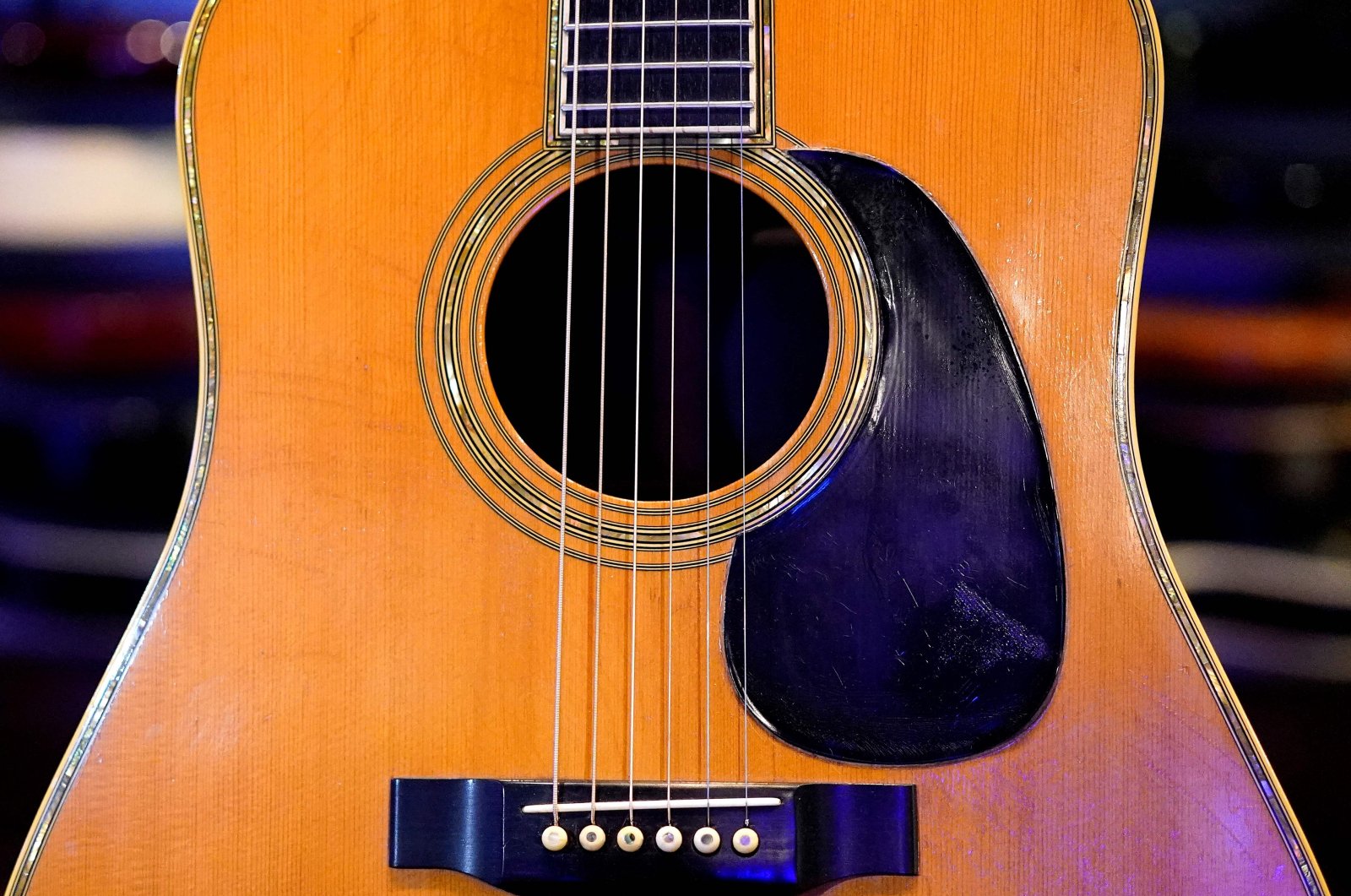 Heralded as the highlight of the sale that concluded late Saturday at the city's Hard Rock Cafe and also took bids online, the acoustic 1968 Martin D-45 instrument was played by Clapton in 1970 during the debut live concert of his band Derek and the Dominos.

The group was behind the classic song "Layla."

While outperforming expectations, the price came up well short of the record $6 million that was paid in 2020 for the acoustic guitar that late Nirvana frontman Kurt Cobain strummed during a famous "MTV Unplugged" appearance in 1993.

The 76-year-old Englishman Clapton, a rock and blues legend, in recent years, has made a very public turn to far-right conservatism, taking ardent stances against the COVID-19 vaccination and lockdown measures and facing accusations of racism.

Other guitars that went under the hammer include a 1976 Gibson Explorer stage played by U2's lead guitarist The Edge that brought $437,500, and a Fender Stratocaster used by Pink Floyd guitarist David Gilmour, which sold for a cool $200,000.