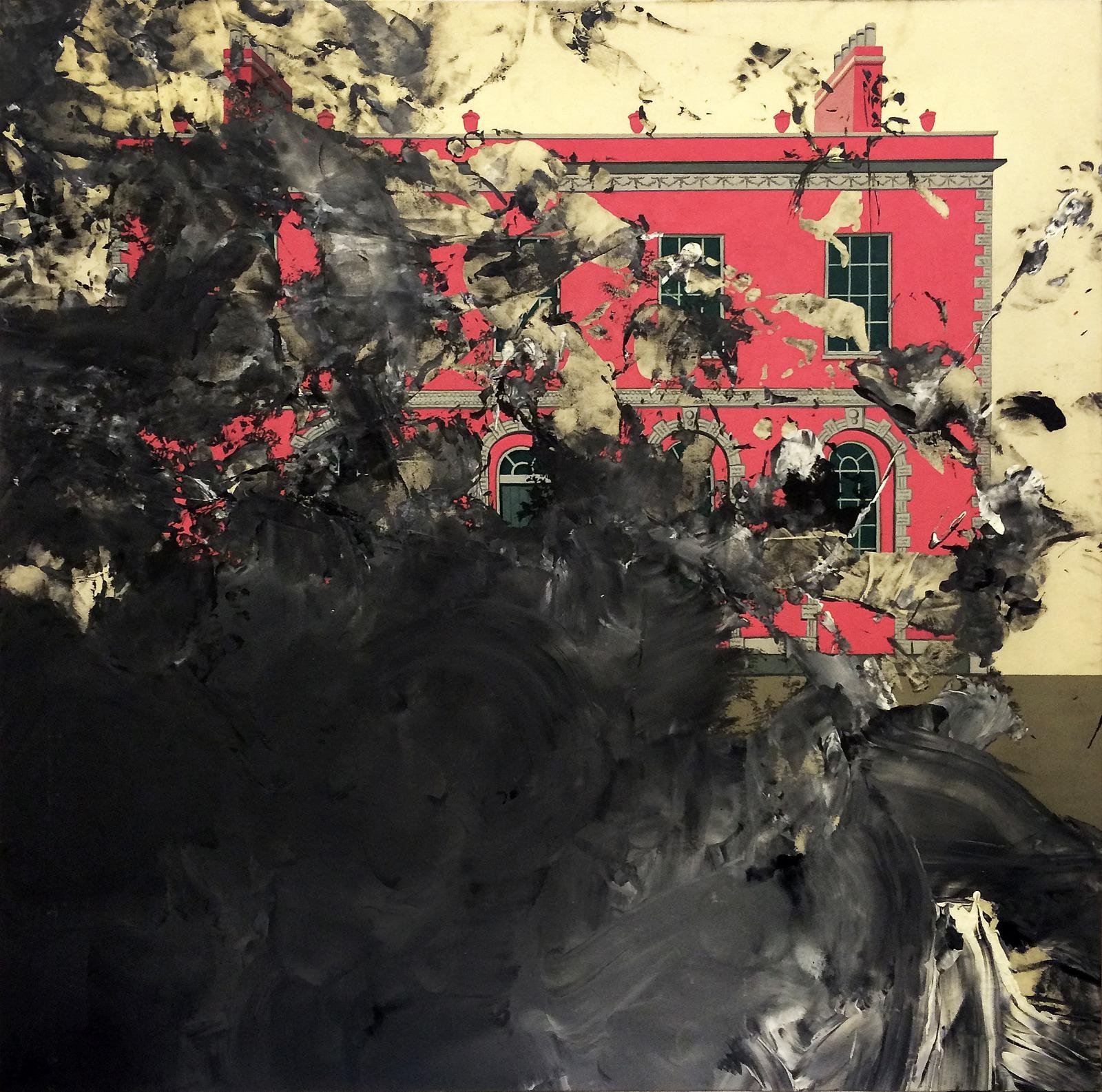 Prominent Istanbul gallery Vision Art Platform is set to debut its latest online exhibition bringing together four prominent artists from the Turkish art scene and curating a show tied together by the theme of the cycle of life. The "Beyond Vision" exhibition can be visited from April 15 to May 15.

The exhibition, which has been prepared to be experienced digitally and in 3D format, will be the gallery's first show since moving to its new space in the Akaretler neighborhood in the city's Beşiktaş district. The gallery will also take part in Senkron, an art event consisting of exhibitions that will be held simultaneously and focusing on video art, with this show taking place April 15 - 30. The artists Gökhan Balkan, Mehmet Öğüt, Özgün Şahin and Sabo Akdağ, also known as SABO, will present their works of art of various forms to viewers.

The show comprises of Öğüt's paintings created using the technique of burning paper, Şahin’s videos titled “Müşterek Alanda Kusursuz Tekrar” (“Flawless Repetition in the Common Field”) and oil paintings, SABO’s series of paintings titled “Magus,” which were inspired by English novelist John Fowles as well as Balkan’s ultraviolet (UV) printings on paper that examine culture and nature through a post-human perspective, establishing a multilingual narrative in the exhibition. This methodological diversity in the exhibition reaches a conceptual unity while questioning the relationship of the visible with the fluid being.

“Beyond Vision” questions the possibilities of the image in making flow, repetition, transformation and life cycle visible to the eyes. While the idea of this cycle is placed in an ontological context in Öğüt’s works, it finds its roots in an urban depth in Şahin’s pieces. It appears with its ecological aspects in Balkan’s printings and is blended with literary perspective in SABO’s creation.

Painting with the marks left by matches on paper, Öğüt actually lets the fire and air create the artwork. Thus, he places the mastery of nature against the representation traditions of classical art. The debate on the contradiction of culture and nature is also central to Balkan's work. The sense of rhythm felt in his compositions is also echoed in Şahin's works. Şahin captures the geometrical order and perhaps the peace hidden in the chaotic urban life in kaleidoscopic images and isolated moments. SABO focuses on an experience of vision where isolation sets the boundaries between delusions and reality. In his work, while the times of the hero of the novel, the writer and the painter create different layers, traces that cover each other are reflected on the canvas.

Participating in “Beyond Vision” from different routes, these four artists seem to be after a meaning hidden in coincidence, flow and repetition. While this meaning escapes as it is caught, like a stain on the retina, the paths of the artists intersect beyond what is seen.