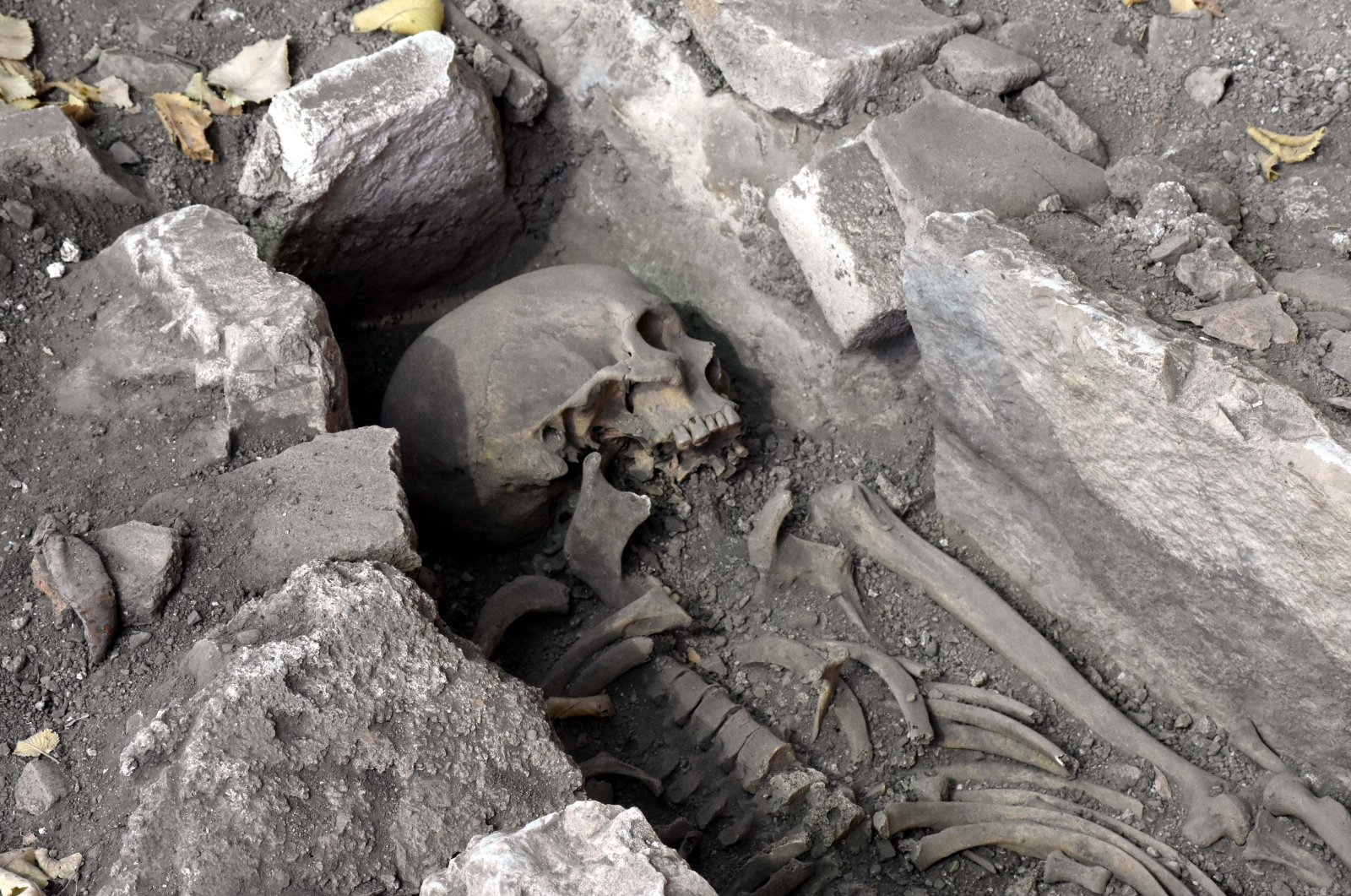 Archaeologists unearthed a Byzantine church, graves and inscriptions during their latest excavations in the ancient city of Kaunos, located in the town of Dalyan in southwestern Muğla province.

The ancient city of Kaunos was included on the UNESCO World Heritage Tentative List in 2014. According to UNESCO, it was the capital of the "Kaunos region" between Caria and Lycia until the beginning of the 4th century B.C.

In today's context, the coastal area starting from the south plains of the Aegean resort province of Muğla and extending to the mountains between Muğla and the Mediterranean province of Antalya was under the sovereignty of Kaunos, which kept these borders until the 4th century B.C. but then ceased existing as a sovereign state after the Persian invasion.

The city was constructed on terraces. Significant religious structures like Baselius Kaunios Temple, Apollon Sanctuary, and Demeter Sacred Rocks are located on one side and the bath, theater, and other structures, including Palaestra on a large terrace called the Upper City, are located on the other.

Following a 10-minute journey by tour boat and walking for 15 minutes through the woods, the visitors can reach the site, which opens the doors of a 3,000-year-old civilization.

The 2,400-year-old rock tombs and a 5,000-seat ancient theater welcome visitors to the area.

Visitors walking around the basilica, bath, and agora can also examine the 1,300-year-old mosaics and take photos at the sacred Temple of Demeter.

The excavations that started in the region with the efforts of Baki Öğün in 1966 were later led under the chairmanship of his student Cengiz Işık, and lasted until 2020.

Speaking to Anadolu Agency (AA), Çörtük said the ancient city became famous for many "first breakthroughs," such as the rotary curtain system in the ancient theater, the money box for donations to the gods, world-famous rock tombs, as well as the Carian-Greek bilingual inscriptions.

He emphasized that the excavations in Kaunos have been carried out by the Turkish scientific delegation for the past 55 years.

"Excavations in the ancient city have been taking place in the Roman basilica bordering the western side of the port agora for the last three years. During the excavations we carried out in the basilica, which dates back to the 2nd century A.D., we encountered a Byzantine church," Çörtük said.

He explained that the Roman basilica is a gigantic structure, 98 meters (321.5 feet) long and 22 meters (72 feet) wide. "We continue the excavations in the church that was unearthed. During our work in the church, we came across the tomb, which most likely belongs to the church's high priest, and has very fine workmanship. This tomb contains at least three or four burials in a row. So, it has a very interesting structure," Çörtük said.

He went on to say that two more graves – Byzantine tombs – were found in the place adjacent to the western wall of the church.

The excavations head underlined that two huge blocks were also unearthed in the eastern part of the church.

"There are inscriptions on them. It is among the important troves of this year. Work is underway to fully understand the inscription," he said, adding that the Greek inscription "is not so easy" to read.

Kaunos "sheds light on the unknowns of archeology" and very important historical structures were unearthed in the city in half a century, Çörtük also noted.