From Bosnia to Himalayas, Turkish people united in common culture 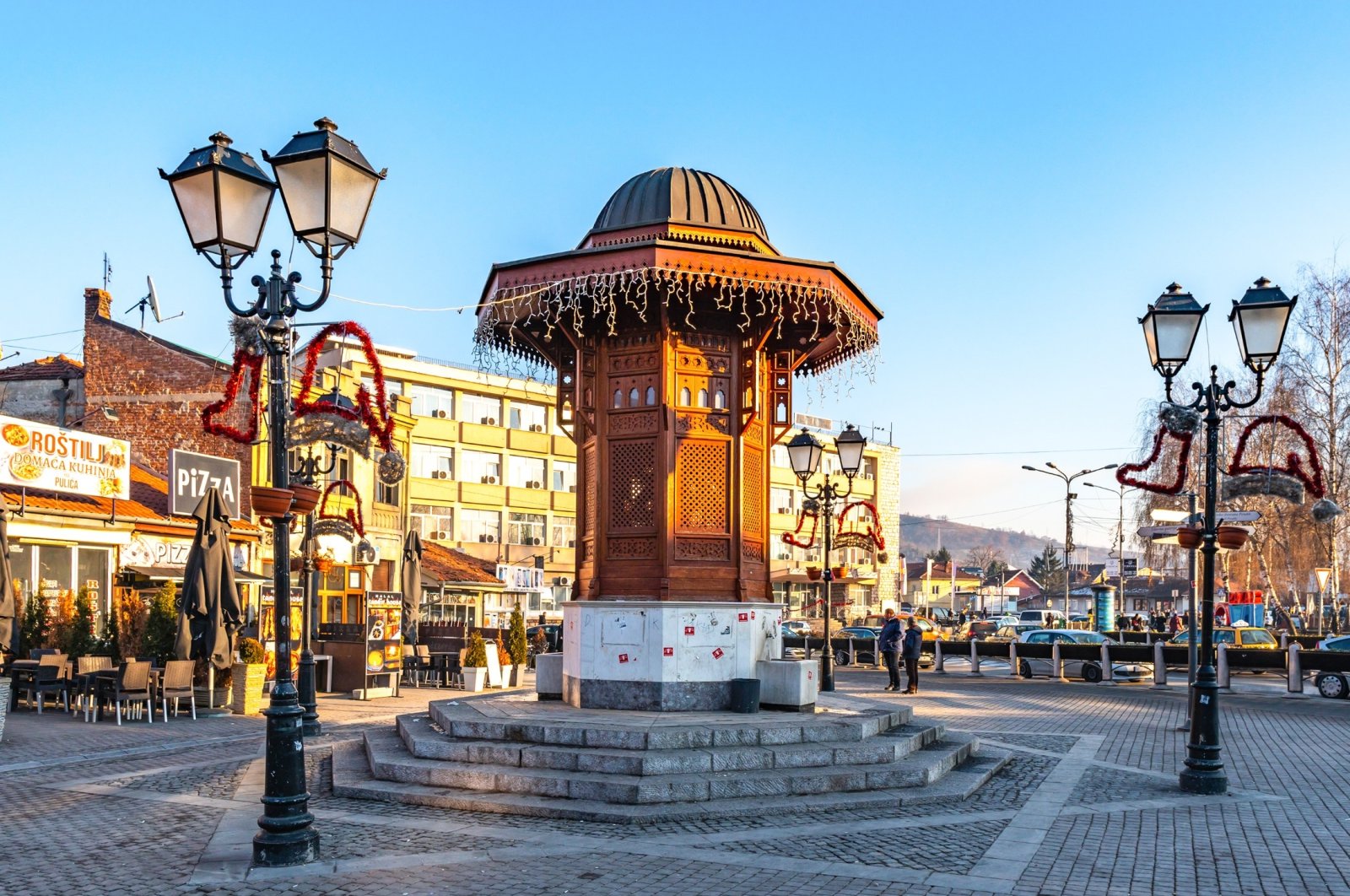 If you go to Serbia's villages in Novi Pazar you shall see the traditions of historical Turkish culture on display, and if you venture into the Himalayas you can see the same culture vibrant as ever. Across continents, Turkic people are united in culture and ancestry

The superhit Turkish drama series “Diriliş Ertuğrul” (“Resurrection: Ertuğrul”) has opened up avenues for exploring Turkic connections to the north of Pakistan. Not many people know the stunning links between the Kayı tribe, whom the Ottomans belonged to, and the Karluk (Karlugh or Qarluk) tribe to date – although both were the descendants of Oghuz Khan, the legendary leader of Turkic people.

As Turkey heads toward the 2023 project, it is perhaps the best time to reconnoitre Turkey’s associations with the Middle East, Eastern Europe, South Asia and the Central Asian countries. So, let us refresh our memories of the past and learn more about Turkic traces in Pakistani lands. Many of you may not have heard that the north of Pakistan is home to thousands of the Kayı tribe’s blood brothers, Karluk Turks.

Historical documents reveal that great Turkic leader Tardu Khan – which is also written as Khagan – and his descendants ruled Gilgit, Ladakh, Hunza regions in Kashmir and vast lands of present-day China for centuries. The names of the several villages and towns such as “Daulat Beg” and “Turtuk” reflect the ancient Turkic presence here. There is also Kaghan Valley in Pakistan, whose name is derived from the word “khagan.”

For centuries, Turkic clans also ruled the north of Pakistan stretching to India and China alongside the Himalayas. These lands, which were home to Timurid’s Turks, still host these descendants of Oghuz Khan.

Nineteenth-century renowned philosopher and poet Sir Allama Muhammad Iqbal’s famous saying is: “Laws of nature are always being preserved by either a man living in the mountains or a nomad living in the desert.”

The epic story of ancient Turkic wanderers, great horsemen and fearsome fighters have one common distinction: the mountains that are the symbols of strength and courage.

Mountains have played a significant role in the lives of Turkic nomad tribes by not only uniting them but also protecting them against the invaders. For example, the Ladakh mountains served as Turkic links and a gateway to South and Central Asia for centuries.

There are still amazing resemblances in the lives of people across the Turan, Taurus, Himalayas, Karakorum and Hindu Kush mountain ranges.

Evidently, the ancient “Silk Route” always served as a bridge in uniting Turkic tribes from the Turan Mountains to the Himalayas, and the Hindu Kush to the Karakorum ranges. Peter Frankopan's well-researched books “The New Silk Roads: The New Asia and the Remaking of the World Order” and “The Silk Roads: A New History of the World” best sum up the historic connections of ancient Turkic tribes and how they used the “Silk Road” to link the East and West “through trade and conquest, leading to the spread of ideas, cultures and religions.”

Notable studies reveal that different tribes, nations and regions have created treaties to further strengthen mutual cooperation, cultural exchanges, military collaboration, and boost trade, and economics. A long list of these trade agreements includes those with the Trans-Pacific Partnership, the European Union and the Regional Comprehensive Economic Partnership (RCEP).

Several right-wing Western media organizations and conservative writers like Paul Goble and Yeghia Tashjian frequently construct discourses and debates that the Turkic world's cooperation in trade and economics would threaten regional peace and boost Turkey’s political influence in Asia and the Middle East.

It would be a turning point in modern history if Turkey takes an initiative to build a new road (Turkic belt) uniting all Turkish tribes stretching from the former Ottoman Sanjak in Serbia to the Central and South Asian countries.

Strange though, Turkey’s efforts to extend trade ties with Central Asian states, the Balkans, South Asian and the Middle Eastern states are quite often seen as a “terrorist threat” and termed as “neo-Ottomanism,” “Pan-Turkism," “Pan-Islamist” and “calculated risk.”

The question is why are there growing anti-Turkey feelings? Not a single day passes without either the sections of the Western media or political elites talking of Turkey in a negative light.

That is Edward Said’s concept of Orientalism, the negative way the West perceives and represents people living in faraway places, for example, Muslims in the Middle East and beyond.

While traveling in Turkic lands across the European and Asian continent, you would be surprised to see how people of Turkic origin share amazing resemblances in heritage, languages, values, traditions and lifestyles.

Even though Turkic people living in the Balkans, and Central and South Asian regions are thousands of miles apart, their habits and attitudes are stunningly similar. First, I personally witnessed Turk’s hospitality while visiting Novi Pazar (the New Market), located in a former sanjak (a division of a province in Ottoman-era), once the Ottoman Empire’s glorious region and now part of Serbia.

Everywhere I visited in the surrounding villages of Novi Pazar, my host Mr. Rizvanovic and Dzevad Hoot used a word, "musafir" (traveler), to introduce me to locals that treated me as a brother.

Notably, the young generations of Turkic tribespeople have kept many old traditions of their ancestors alive. For instance, the way of welcoming and seeing off guests, marriages, bereavement ceremonies and cuisines.

Novi Pazar habitants interpret the Turkish government’s projects as a sign of brotherhood. My host's son, Abdussamed Rizvanovic, and daughter, Fahira Rizvanovic, received scholarships to study in the Turkish universities that they admired.

Traveling in and around this former sanjak, I observed, learned and counted numerous traditions that are a common feature of the Turkic people stretching across the Himalayas, the Hindu Kush and Karakorum mountains in the north of Pakistan.

The current chief of Karluk Turks, Sultan Raja Iftikhar Khan, said that after invading the subcontinent, while returning to Uzbekistan, Timur stationed 1,000 Turkic soldiers in the northern areas to protect the region that was the gateway to Kashmir and Gilgit.

A list of authentic sources is evident that “Turks in Pakistan” are mostly descendants of Karluk and Seljuk tribes.

Currently, Karluk Turks dominate the major villages across three districts, Haripur, Abbottabad and Manshera. Although most Karluk Turks still prefer the hoary title “Khan” as a surname, the subcontinent dwellers use the local title “Raja,” meaning "king for Turkish rulers of the north."

Today, the centuries-old Turkic villages of Manakrai, Bayian Ahmed Ali Khan, Pharhari, Nartopa, Singeri, Mohar Kalan, Behali, and RichhBehn in the Hazara region are living monuments of the glorious past. Whilst many historic villages of Turks are present in Gilgit, Baltistan and Kashmir.

In 1818, the Turk chief of Manakrai, Hashim Khan, killed his fellow chieftain Kamal Khan and that incident allowed the Sikh army to penetrate into the Hazara region. Later, the Sikh army torched Behali village after the Turks lost the battle of Pakhli in 1819. The prominent Turk leader Asalat Khan rebuilt the village and named it Behali.

Both the Manakrai and Behali villages are famous for natural springs and are surrounded by beautiful mountains. In Behali, I was amazed to see a young boy used a whistle language to speak to an elderly man in an adjacent mountain cave.

Though it may appear strange, whistling is also a common language of a Turkish village.

Though centuries have passed, the Turks have maintained their traditions surrounding celebrations, remembrances and family gatherings.

Despite being thousands of miles apart, certain customs like greetings, eating habits and pastimes remain notable features in the lives of Turkic people from the Balkans to the Hazara region.

In the Balkans, being barefooted inside the house is seen as a disrespectful gesture; whereas in the north of Pakistan covering heads and using both hands while greeting the elderly are signs of respect.

Most Turks are of fair complexion, tall and strong and perhaps that is why their favorite game is lifting heavy stones, a famous tradition that is associated with marriage ceremonies.

Some people believe in an old tale that a friend or relative of the shauwala (bridegroom) had to lift a heavy stone in order to enter into the village of the bride. Dances like "Ghatka" and "Khumar," local to the Hazara region, resemble traditional Turkic folk dances like "Dugan."

Further up in the Himalayas, life in Hunza, Nagar and Gilgit, for instance, weddings, festivals, hunting, storing dry meat for winter, cuisines, wardrobes, traditional woollen shawls, handmade carpets and crafts all bear a remarkable resemblance to Turkic peoples' way of life from the Balkan to Central Asian regions.