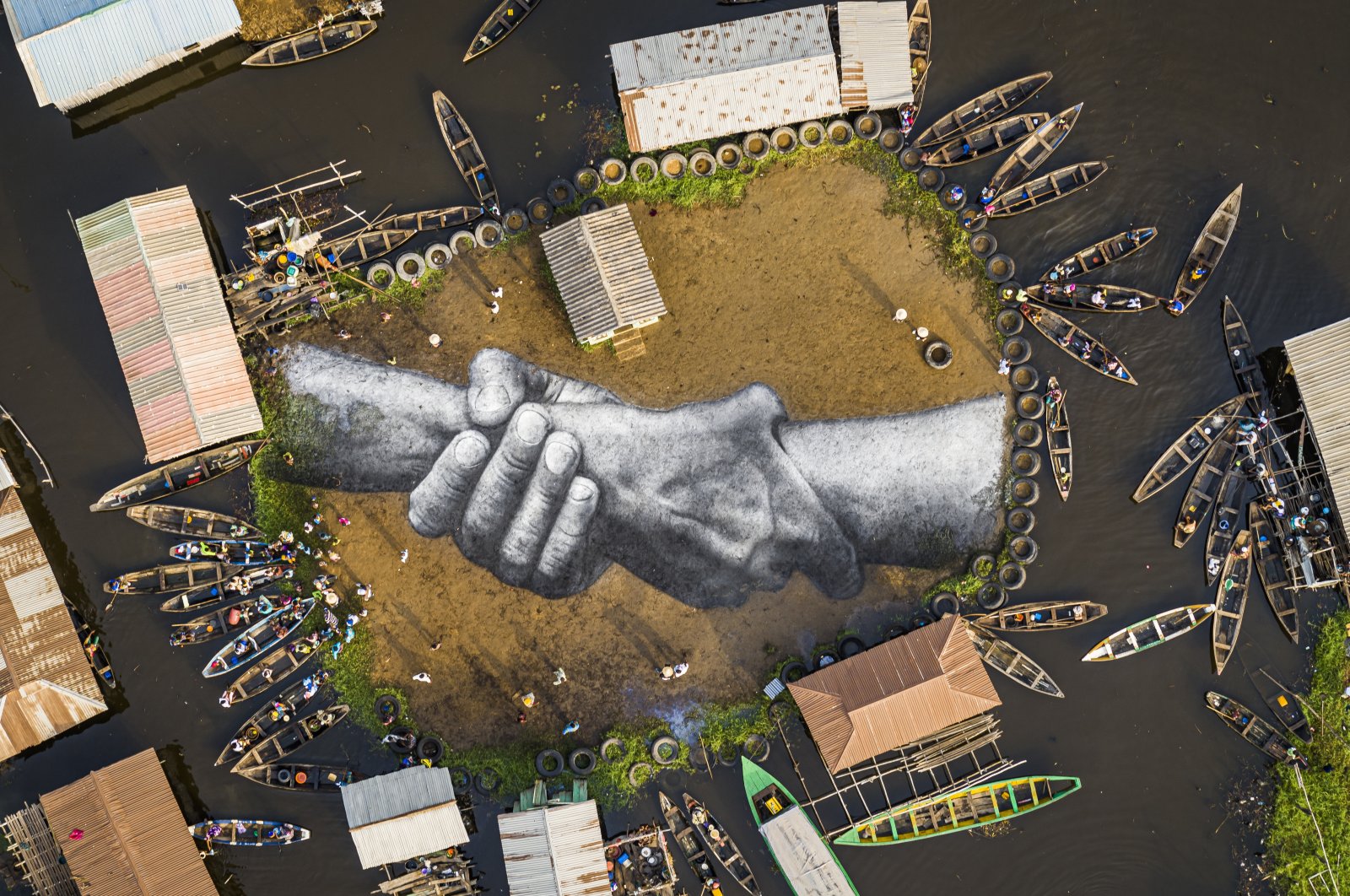 An aerial view shows a giant land art fresco by French-Swiss artist Saype, painted for the 10th step of his worldwide 'Beyond Walls' project in Ganvie, village on stilts, Benin, Wednesday, March 3, 2021. (Valentin Flauraud for Saype via AP)
by REUTERS Mar 12, 2021 1:25 pm
RECOMMENDED

As waves were hitting the shore of Benin beach, Guillaume Legros, known as Saype, was spray painting a huge fresco of two giant interlaced hands on the local beach.

Known for his monumental frescoes made with biodegradable paint on lawns and beaches in different parts of the world, Saype arrived in Benin's village of Ouidah to finish the tenth step of the "Beyond Walls" project.

The aim of the project, which started in 2019 at the Champs Elysees in Paris, is to create a human chain of hands around the globe, which will cross borders to carry a universal message of friendship and togetherness.

Although Saype's paintings of hands look very similar in each of the 10 locations, each fresco has elements from the local culture and history.

In Benin, the artist chose two locations that were tragically marked by slavery. Ouidah village was one of the main slave trade hubs in Africa and the other, Ganvie was where people fleeing the slave trade raids found shelter.

After almost two years, Saype has visited three continents and spray painted 37 pairs of hands over 77,300 square meters (832,050 square feet) of land, with biodegradable paint developed by the artist himself.

In October last year, Saype passed through Turkey's metropolis Istanbul, painting the hands on both the European and Asian sides of the city.