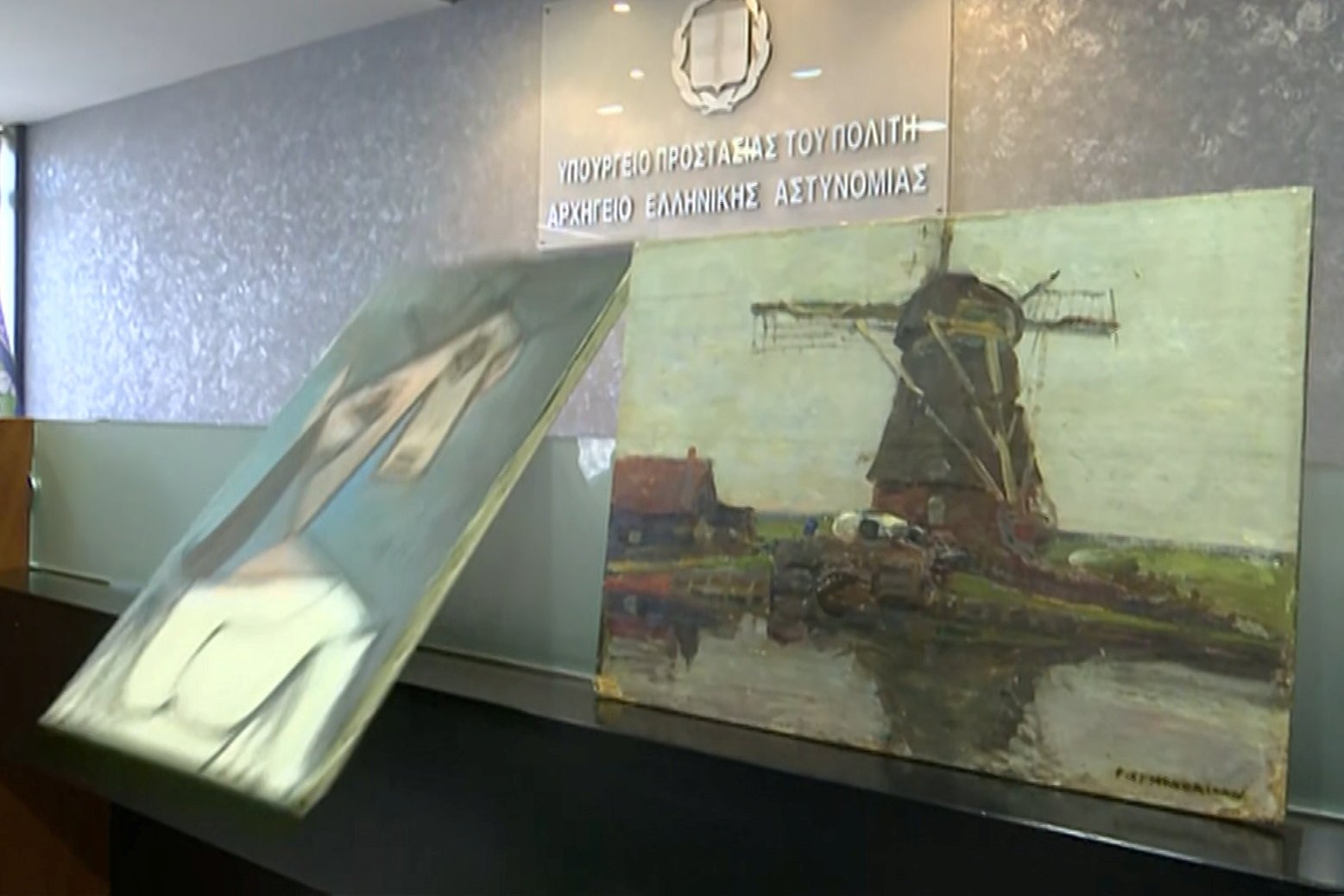 The painting "Woman's Head" by Pablo Picasso, stolen from Greece's National Gallery in 2012, drops to the floor during a presentation to the media at the Ministry of Citizen Protection in Athens, Greece, June 29, 2021. (Reuters Photo)
by French Press Agency - AFP Jul 01, 2021 6:36 pm
RECOMMENDED

Police in Greece have been mercilessly thrashed for letting a Picasso crash to the floor just hours after they recovered the invaluable painting, nearly a decade after it was stolen from the national gallery.

Television footage of a news event to announce the recovery on Tuesday shows the 1939 painting, "Head of a Woman," slowly slide from the podium of the police ministry's conference hall and hit the ground.

A man in a T-shirt and mask, but no gloves, quickly props it up again.

Ikea Greece posted a snap image on Facebook of a picture ledge the do-it-yourself (DIY) furniture giant sells under the hashtags #picasso and #oops.

Fellow DIY chain Plaisio was more direct, with a photo of the actual painting resting on a frame tripod, and the hashtag #itwillneverfall in Greek.

Culture Minister Lina Mendoni on Thursday criticized the accident but insisted both paintings "appear to be in good condition."

Gifted by Pablo Picasso to Greece in 1949, "Head of a Woman" had been stolen alongside "Stammer Windmill," painted by Dutchman Piet Mondrian, during a break-in at the gallery in Athens in 2012.

A state report found that security had not been upgraded for over a decade, with the then-police minister calling safeguards "non-existent."

Police said a 49-year-old builder had confessed to stealing the works of art and had been arrested.

Mendoni has said the painting would have been "impossible" to sell as it has a personal inscription by Picasso on the back – "For the Greek people, a tribute by Picasso."

The Spanish master had gifted it to the Greek state in recognition of the country's resistance to Nazi Germany during the painful 1941-44 occupation.

The self-confessed thief said he had initially stashed the paintings at home, but later hid them in a gorge in Keratea, 45 kilometers (28 miles) southeast of Athens.