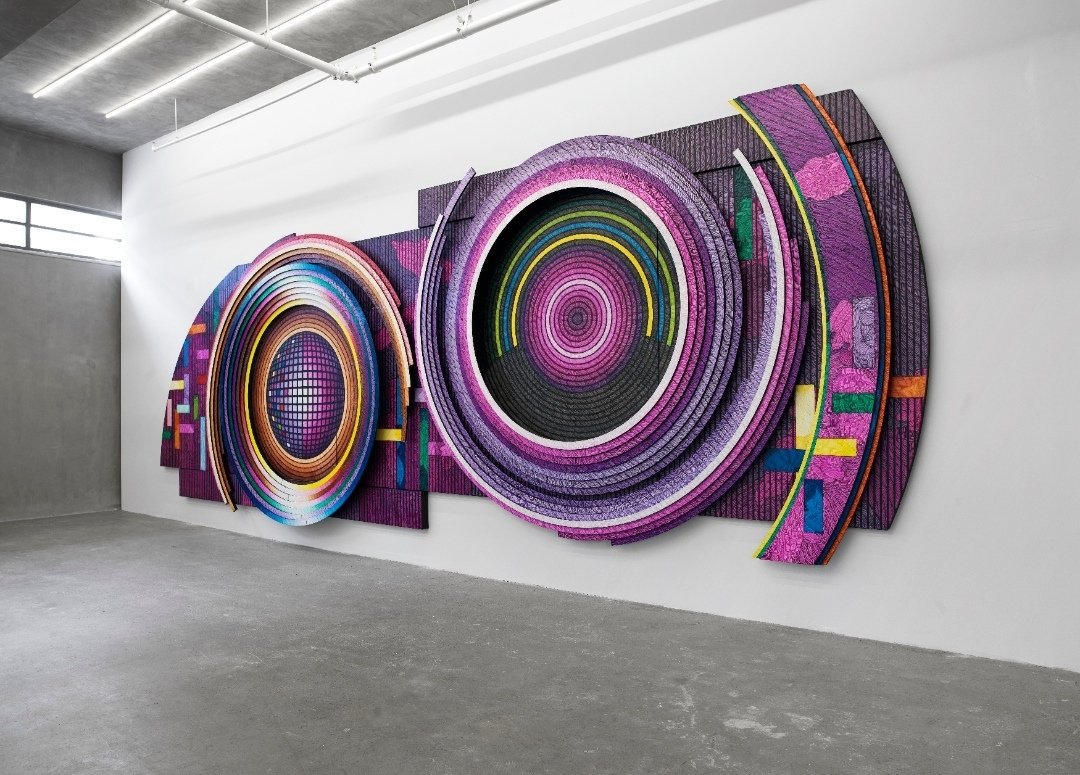 'Memory Chamber,’ presenting works that investigate the notion of memory politics through Güneştekin’s imaginative use of evocative objects, will go on display in Keçi Bastion

Istanbul’s Pilevneli Gallery is preparing to open “Memory Chamber,” an exhibition by famous artist Ahmet Güneştekin, at the Keçi Bastion in southeastern Diyarbakır province between Oct. 16 and Dec. 16. Creating a space for counter-memory in solidarity with the fragmented memories of the past, the exhibition demonstrates epistemic forms of resistance by using artistic forms of remembering and reminding.

"Memory Chamber” consists of object and video installations that bear witness to the oblivion and absence brought about by erasure and constantly remind us that this oblivion will continue to haunt the present with the insistence of being remembered. Dimensional works, sculptures and patchworks, where Güneştekin creates a new narrative by using mythological and iconographic elements, are also among the works to be exhibited.

The use of objects and space, the feelings they bring up and the memories they evoke differ according to personal experience, historical context, age and gender experiences. The same objects and spaces evoke different meanings, emotions and experiences for each individual. To show this, Güneştekin welcomes us with a confrontation of object and space beyond mere meanings through various installations.

“Memory Chamber” fundamentally points out that an object might transform into a thought, helping one better understand the world at different times. When broadly evaluated, objects are stubborn reminders that confront people so that what’s collectively thought and lived through isn’t forgotten. Focusing on the artist's ways of rearranging sound and images, the exhibition asks various questions. Where is the memory of historical events without witnesses? Where do the memories of witnesses go when they die? Where are unphotographed images stored? What are the traces left behind by events not recorded with a camera?

Güneştekin's installations form a narrative construction that testifies to the inevitable return of erased events to the present and the resistance against the oblivion brought about by erasure. The works do not try to speak on behalf of those whose voices are not heard, namely those who are not remembered. They represent the incomprehensible, overflowing excess of silenced losses and turn into a residue that stubbornly resists oblivion.

For the artist, memory is an amorphous, ever-changing field of view. Open to be shaped, it stands at the intersection of the personal and the collective, the past and the future.

On the other hand, the artist approaches the relationship between language and ways of thinking. Language, spoken or written, is a central element of creation and design in artistic works that revolve around memory.

Güneştekin uses the possibilities of moving images to communicate compressed messages in combination with language.

Fascinating for its cultural richness, Diyarbakır has magnificent 2,000-year-old walls, consisting of over 80 bastions, that are on the UNESCO World Heritage List. Keçi Bastion, literally meaning “goat” bastion, is the oldest and largest bastion on the city walls.

An inscription on the bastion, whose exact date of construction is unknown, indicates that it was repaired by the Marwanids in 1223. It is thought that this bastion with 11 arches was used as a temple for a period. The forms used in the column capitals are thought to have been used as a spolia as they appear to belong to the Roman period. It is possible that the bastion is a construction from the pre-Islamic period.