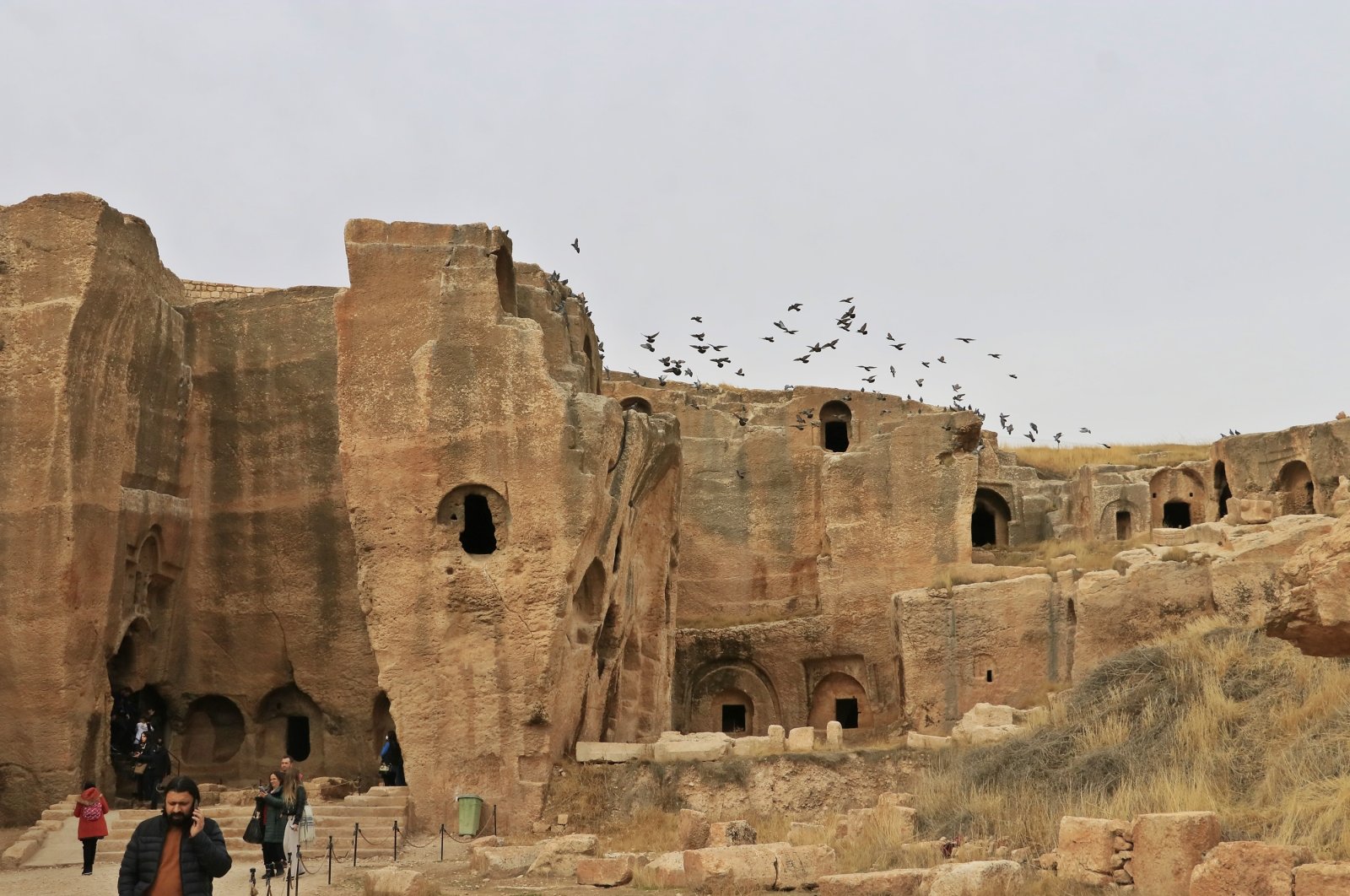 Serving as an important trade center centuries ago, the ancient city of Dara in southeastern Turkey's Mardin province is brimming with life again. Foreign and local visitors have been flocking to the site as archeologists continue their excavations to further tap into Dara's touristic potential.

Nearly a million tourists visited the ancient site this year, a figure that came as a shock even to the head of the excavation team. "The number of visitors is increasing day by day. We did not expect such a number, but it is a very pleasing result," professor Hüseyin Metin of Kafkas University was quoted as saying by broadcaster NTV.

Inviting everyone to see Dara at least once in their life, Metin explained that excavations began in 2020 with an aim to unearth new findings to boost tourism.

"We had two different plans regarding Dara when we started excavations on behalf of Kafkas University in 2020. The first was what we would do scientifically, and the second was what we could do in terms of tourism."

The strategy appears to be working. More and more tourists are venturing to the Ephesus of Mesopotamia to see the signs of ancient life carved in rock with their own eyes, to explore its "dungeon" cisterns and to take in the 1,500-year-old gallery grave where hundreds were laid to rest.

Despite the project being initiated with tourism in mind, the amount of interest staggered the team. "There were close to a million visitors in 2021. We couldn't believe it either. This has taken us by surprise," Metin confessed.

Metin was more confident about drawing in a million tourists to Dara by the end of 2023, describing the target as something "we can do in terms of tourism."

The excavation head earlier stated that the ancient city, once considered the last bastion of the Byzantine Empire, would be eligible for the UNESCO World Heritage tentative list within a few years.

In 2020 Dara attracted nearly 500,000 visitors, a figure attributed to the outbreak of the COVID-19 pandemic.