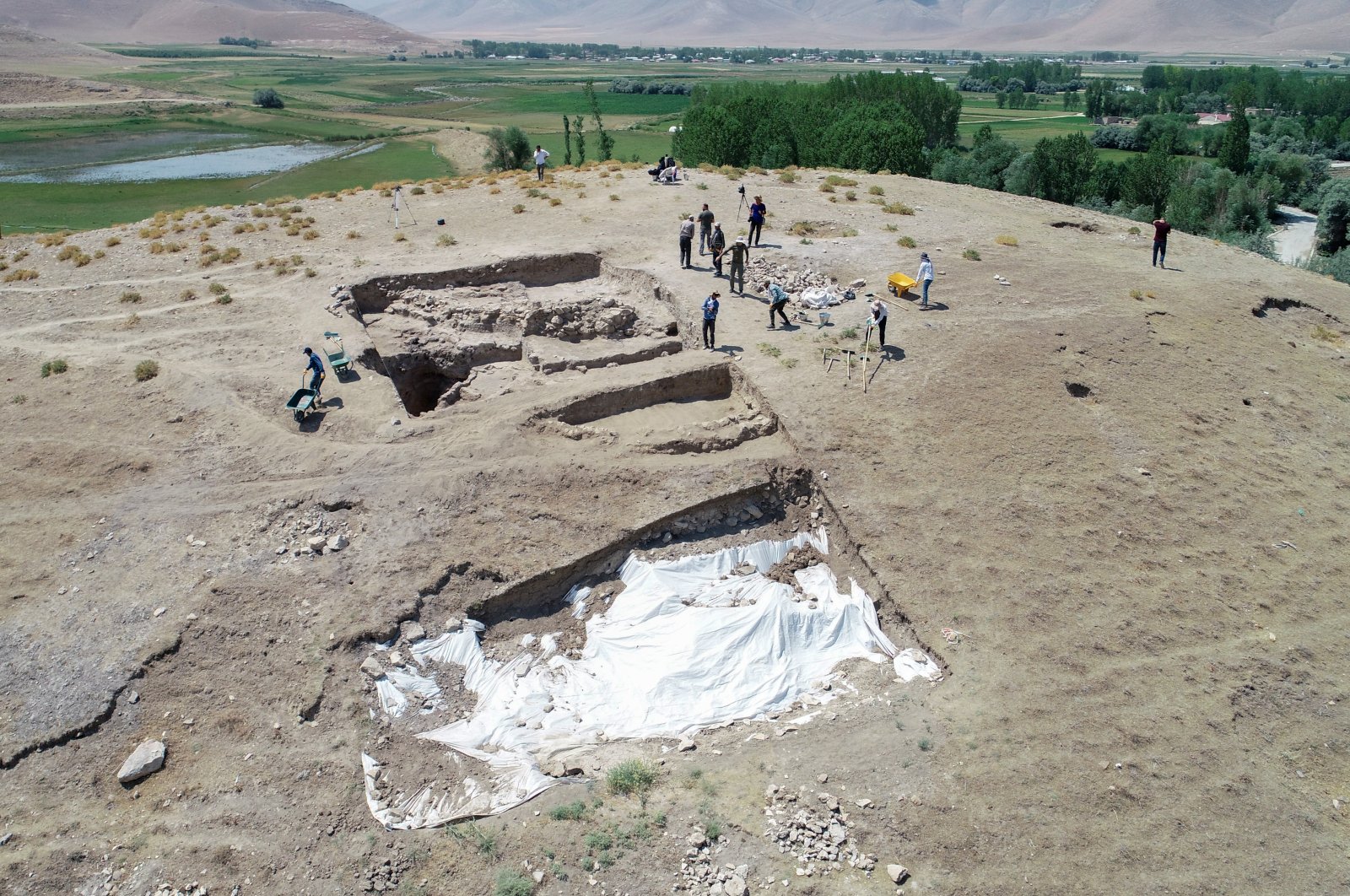 The archaeological discoveries unearthed during the excavations carried out on the Iremir Mound in the Gürpınar district of Turkey's eastern province of Van are expected to reveal new information about the pre-Urartian period in the city.

The excavations on the mound were launched last year with the permission of the General Directorate of Cultural Heritage and Museums under the presidency of Van Museum Director Erol Uslu and with the consultancy of associate professor Hanifi Biber, lecturer at Yüzüncü Yıl University's (YYÜ) archaeology department. The excavation team discovered traces of life dating back to the Early Bronze Age in their previous work.

While a team of 20, consisting of anthropologists, archaeologists and art historians have been sustaining the excavations meticulously, they have reached new findings that will shed light on the history of the city this year.

Excavation head Uslu told Anadolu Agency (AA) that their recent findings on the mound are very important in terms of the city's past and pre-Urartian period here. "There are layers where Iron Age and Early Bronze Age meet at different points of the mound. We think this is especially important in terms of discovering the pre-Urartian period in Van. During the current excavations, we unearthed findings from the beginning of the Iron Age and the Early Bronze Age. Our aim is to reach traces of the Chalcolithic Age. The historical and cultural richness of the region will be documented in this way.”

Biber also said that they recognized the intense use of architectural elements in the region during the excavations and added that they found ceramics unique to the Early Transcaucasian culture in pieces.

"We think that these are local productions and belong to the last periods of Transcaucasian culture. We also found human bones, which our anthropologists have been examing recently. Moreover, we unearthed animal bones such as sheep, goats and cattle. Therefore, we can say that the fauna of the region has been determined. What is interesting is that these bones were used as tools. In other words, they were turned into sharp objects. All this shows us that life was lively here. While we feel hopeful about the recent discoveries, we are also waiting for new findings that will shed light on the history of the Van region. We have great expectations from the Chalcolithic period."