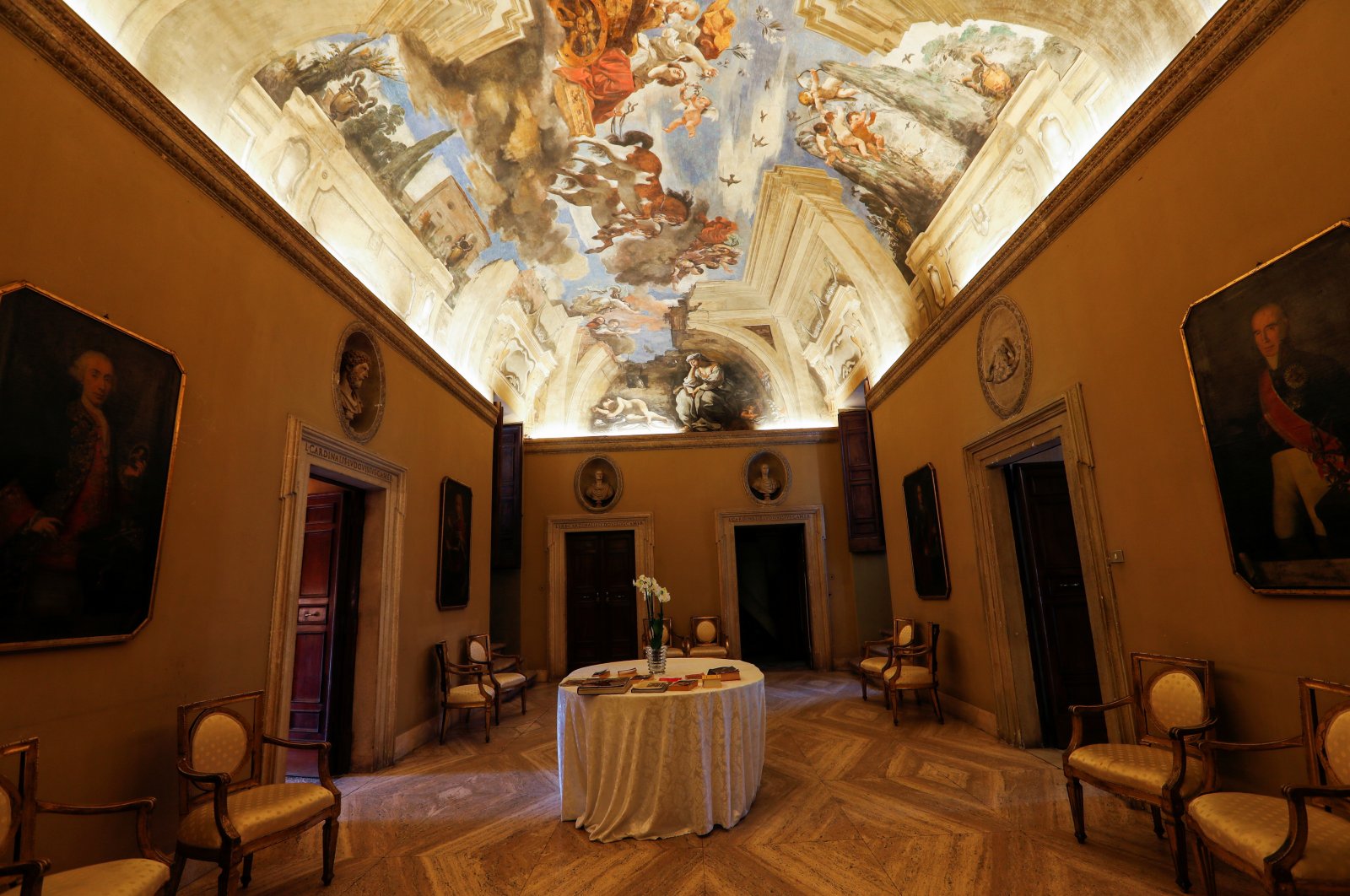 Imagine a glorious villa in Rome housing an art gem that would leave most art collectors speechless. If you have a spare half a billion euros, this opulent residence in the heart of the Italian capital could be yours. Look no further, enter Villa Aurora.

The property, which sprawls over 2,800 square meters (30,140 square feet) including a lush garden, is home to the only known ceiling mural by Italian baroque artist Michelangelo Merisi da Caravaggio, better known as just Caravaggio.

The villa is what is left of a country retreat established in the 16th century by Cardinal Francesco Maria Del Monte and later sold to its current owners, the noble Ludovisi family.

The sale is the result of a drawn-out inheritance dispute after the death of its former owner Prince Nicolo Boncompagni Ludovisi in 2018, and involving his third wife.

Princess Rita Boncompagni Ludovisi, who was born and raised in Texas but has lived in the villa for 18 years, told Reuters that Microsoft co-founder Bill Gates had once been interested in buying the property, as well as an emir of Qatar.

"I just pray and hope that whoever buys it will love it as much as we have," she said, her voice breaking with emotion.

In 1597 Cardinal Del Monte, a diplomat and art patron, commissioned Caravaggio, then in his early 20s, to paint the ceiling of a small room on the first floor which he used as his alchemy laboratory.

The 2.75-meter (9-foot) wide mural was painted in oil directly onto the plaster and depicts an allegorical scene with the gods Jupiter, Neptune and Pluto representing the transformation of lead into gold.

Caravaggio painted his own face and body on each of the three figurines. The mural alone is valued at 310 million euros ($350.33 million).

The villa owes its name to a fresco by another baroque artist, Il Guercino, which adorns the huge ceiling of the entrance hall and depicts Aurora, goddess of dawn, riding her chariot.

Protected by high walls, the villa is near the famed Via Veneto, where Federico Fellini's "La Dolce Vita" was filmed in 1960.

Villa Aurora is also filled with sculptures, antiques and statues, including one of Pan attributed to Renaissance master Michelangelo.