Kashmiri papier-mache: Its story, how it's crafted and more 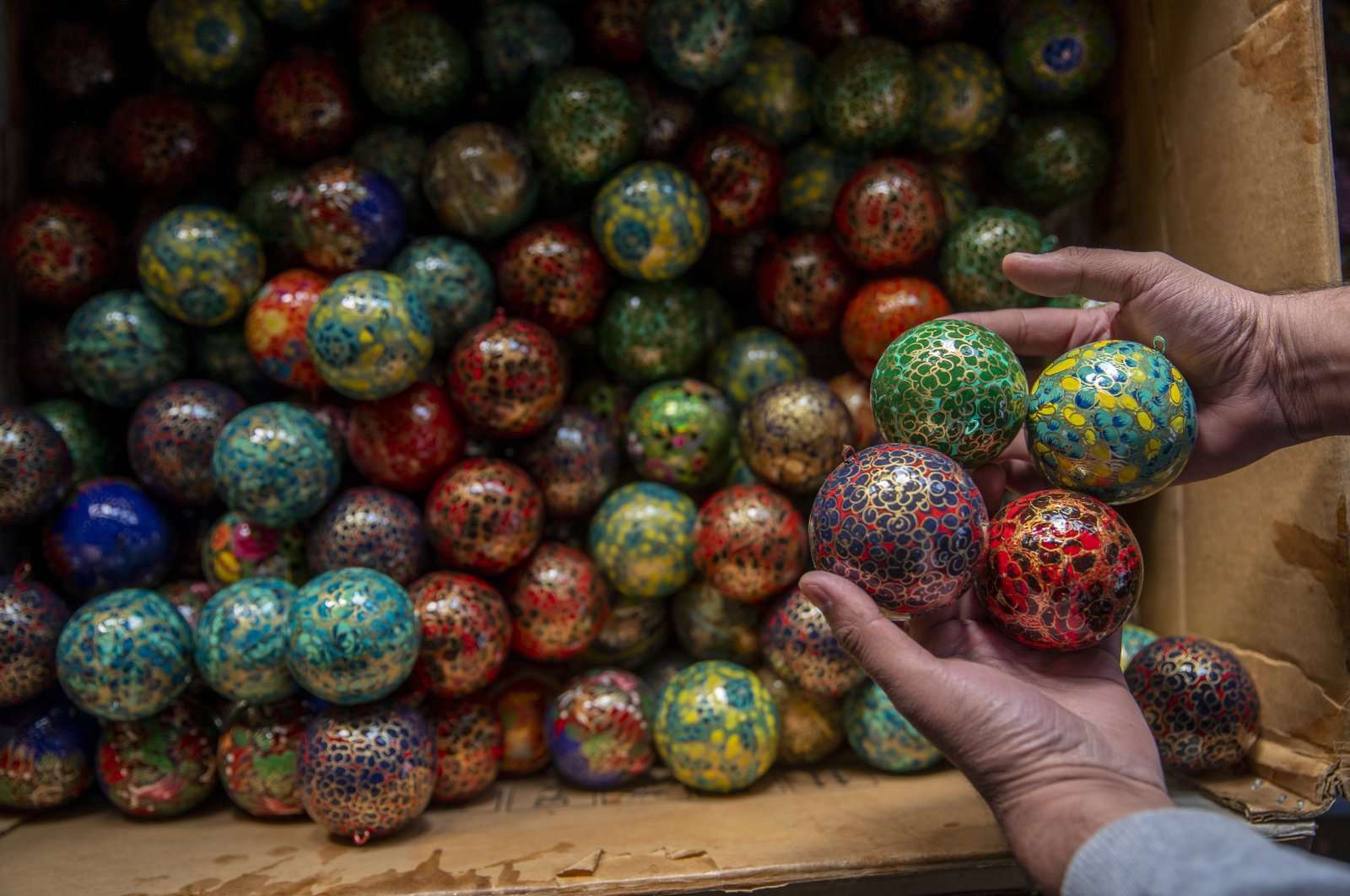 Kashmir’s traditional papier-mache artworks, which are closely associated with the advent of Islam in Kashmir, are a staple of the ornamental market throughout the world. However, this art form is vanishing with only a handful of artisans left practicing it

Handicrafts, in which skilled people produce many types of creative pieces using various materials from paper to stone, are one of the important ways of preserving and promoting cultural and artistic traditions along with the talents associated with the people's history and lifestyle. And when it comes to handicrafts, the erstwhile state of Jammu and Kashmir is widely known for its artwork, cultural heritage and handicrafts. Kashmiri handicrafts include sophisticated products made manually or with the help of hand tools.

Papier-mache, among these handicrafts, is an age-old craft that was introduced to the valley by Mir Sayyid Ali Hamadani, who arrived from Persia with skilled craftsmen in the 14th century. The Sufi Muslim Mir Sayyid Ali Hamadani, also addressed honorifically throughout his life as "Shah-e-Hamadan," meaning "King of Hamadan," was instrumental in spreading Islam in the region and introducing many crafts and industries to Kashmir. With the advent of Islam, papier-mache became one of the core artistic professions, holding considerable religious relevance in the valley. It is one of the oldest handicrafts, which is deeply interwoven with the culture and tradition of Kashmiri society and whose legacy has been passed from one generation to another for centuries. Besides, it generates employment for hundreds and thousands of Kashmiri households. The locally manufactured papier-mache products are brought to local retail shops and tourist attractions for sale and are also exported to international markets, mainly in Europe.

Papier-mache is a French word that means chewed paper and the process of making it involves two steps: Sakhtsazi and Naqashi. Sakhtasazi, the initial stage of preparation, includes the making of the figurine from the mixture of paper pulp with the help of rice straw and copper sulfate. In the final step of Naqashi, several coats of paint are applied and the figurine is decorated. Artists prefer to use organic colors to paint their mesmerizing products. The entire procedure, which is done manually, requires much care and deliberation and is tedious and time-consuming.

Also, papier-mache products feature a wide range of intricate designs and depictions of Kashmir flora and fauna in their decorations. Birds, animals, wall clocks, photo frames, wind chimes and more recently, Christmas trees can be an ornament for papier-mache products. Some common themes that artists use for their craft include flowers, jungle motifs, especially Kashmiri symbols like the chinar leaf and almond shapes. Some artisans have built a lasting influence with papier-mache by bringing life to the historical scenes from Mughal courts and depicting Persian poetry on them.

Some artisans produce rahles, or small reading desks for reciting the Quran, and Quran boxes using papier-mache, inscribing Quranic verses on them. These intricate designs appear to be of much touristic attraction with their sumptuous look, and their appeal lies in their uniqueness and mystic style. When adorned on a wall or inside showcases, these decorative pieces add a spark to it. Consequently, the prolific craft is not only traditionally, culturally or artistically important but aesthetically too.

The practicing artists of papier-mache have gained both fame and money but they are merely struggling to survive in the present day. Once considered a lucrative business, papier-mache is now the dying art of Kashmir. In the past several years, the unprecedented floods, abrogation of Article 370, which gave special status to Jammu and Kashmir, internet blockade, and now the COVID-19 pandemic lockdown have severely hit traders and artisans from the valley.

According to the Kashmir Chamber of Commerce and Industry (KCCI), a local union of traders, there is an estimated loss of $7 billion during the consecutive lockdown. Many artists are not able to make ends meet with meager earnings of just 300 rupees ($3.9) per day. Artisans are forced to shut down their workshops and give up their work and look for other jobs.

However, the recent lockdown is not the only reason behind this dying art. Kashmir insurgency that broke out in the 1990s has majorly impacted local traders, which led to reduced artistic enrollment and a decline in employment due to consistent turbulence. The only hope for the artists is e-commerce, through which they can sell their products directly into the international markets.

After the Kashmir floods, World Bank granted a 2.18 crore rupees ($287,140) to the valley. Several artists from the valley are coming forward with their grievances and uncertain future of this ancient craft. These workers are highly disappointed with the government and wish for better support regarding the handicraft industry. The Directorate of Handicrafts of Jammu and Kashmir must take all necessary steps to preserve and revive this dying craft to full potential. More and more research must be carried on the importance and promotion of the same before it is too late.