Kill the chill and socialize: Hammam concepts in Kashmir, Turkey 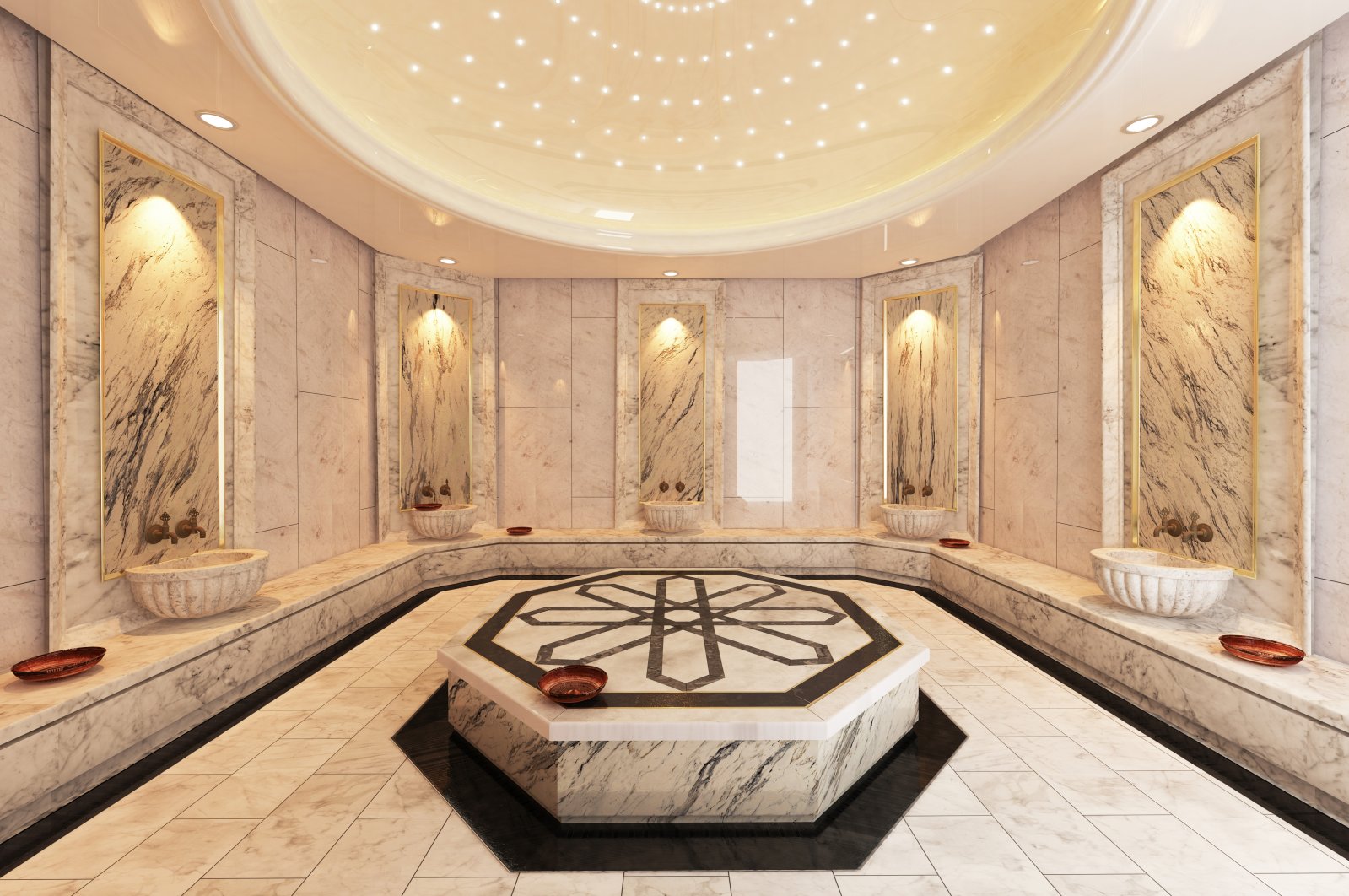 Turkish hammams are centers for people to socialize in addition to being places where people took baths. (Shutterstock Photo)
by Ambreen Yousuf Mar 18, 2021 2:00 pm

Although the concept and architecture of hammams in Kashmir and Turkey differ, they served as a popular spot for socializing in both places

Hammams utilize an age-old technique and a very eminent heating system in Kashmir. While the concept of hammam originated in Turkey, this system was introduced to the Kashmiris by Mughals, who came to India in the 16th century from Central Asia. Besides the popular cuisines, arts and crafts, hammams continue to be one of the most lavish traditions in Kashmir.

However, the hammam concept is different in Kashmir and Turkey. Hammams, the Ottoman variation of the steam bath, is a tradition of relaxation and self-care in Turkey. Before the Turks, hammams were also found in the ancient Roman era, but Turks revolutionized the culture of the bathhouses. With Turkish innovation, these places, which can be thought of as a wet version of a sauna, turned into centers for people to socialize in addition to being places where people took baths. Therefore, hammam culture was prevalent in the Ottoman Empire and is still a continuing trend in Turkey.

In Kashmir, hammams were initially used as baths and were especially enjoyed by women. According to experts, in the past physicians advised expecting mothers and people suffering from orthopedic ailments to spend time in hammams.

But then hammams changed in form and shape even though their basic features remained the same. They turned into rooms with a hollow base for burning firewood for heating purposes. These rooms also supply hot water through an attached copper tank. While these rooms were only reserved for nobility, they became an essential part of the Kashmiri sociocultural landscape in no time. Most of the new homes now feature a hammam. This wide acceptance of hammams in Kashmir is primarily due to the cold, harsh winter. People who have their own private hammams relish them because they are also a healthy alternative to gas heaters and coal heaters, which are silent killers. Hammams are a one-time investment, cost-effective and a majority of people in Kashmir have their own private luxurious hammam at home.

In the actual sense, hammams refer to a bath where a large amount of water is heated by burning firewood. The oldest of this type of hammam is still found in a khanqah, a Sufi spiritual retreat, in Srinagar, the largest city and the summer capital of the Jammu and Kashmir region. It was built in the 13th century and remains operational to date. It comprises a square chamber with a doom, a small cubicle for bathing and an adjoining low height mosque. Typical old hammams like this one in Kashmir usually had two pools, one filled with herbal and hot water and another with lukewarm water.

In Kashmir’s Srinagar, Hamambal (named after the word hammam), Saraf Kadal, Maharaj Gunj and Saraibal are also several places where public Mughal-type hammams are located. According to research, Mughal hammams in Kashmir had three main sections: a dressing room, a cold room and a hot room. The architecture and style of today’s hammam vary from those hammams built by Mughals. Modern-day hammams have bricks and slates beneath limestone slabs. Slates have better thermal properties and retain heat for longer durations.

As Turks possess one of the more sophisticated types of hammams, their buildings have properly segregated chambers for heat and steam. The hammam buildings include a hot room for steam and massages. They also comprise a warm room to get washed with soap and water and a cold room meant for resting and napping. The most luxurious hammams of the country are found in Istanbul and northwestern Bursa province, which was the first capital of the Ottoman Empire.

Çemberlitaş Hamam in Istanbul is one of the oldest hammams found in Turkey. One can experience lavish and one of the best bathing experiences in Turkey under its huge dome. The mesmerizing structure was built by renowned Ottoman architect Mimar Sinan in 1584. While the skilled architect kept the design of the hammam simple, he combined functionality, elegance and tranquility in the building with his experience. The architecture of the structure draws the attention of everyone from tourists to photographers. Çekirge Hamam is also a good example of the hamams in Bursa. The structure was built in 1365 with cut stone and bricks. It is believed that the water of this hammam has healing properties.

In short, the architecture and concepts of hammams in Kashmir and Turkey vary largely, but the concept behind it is still the same. When hammams were used for bathing purposes in Kashmir, they served as a center point for socializing. In Turkey, hammams still serve this purpose as people often enjoy the hammam experience along with a relaxing rose oil massage followed by Turkish coffee.