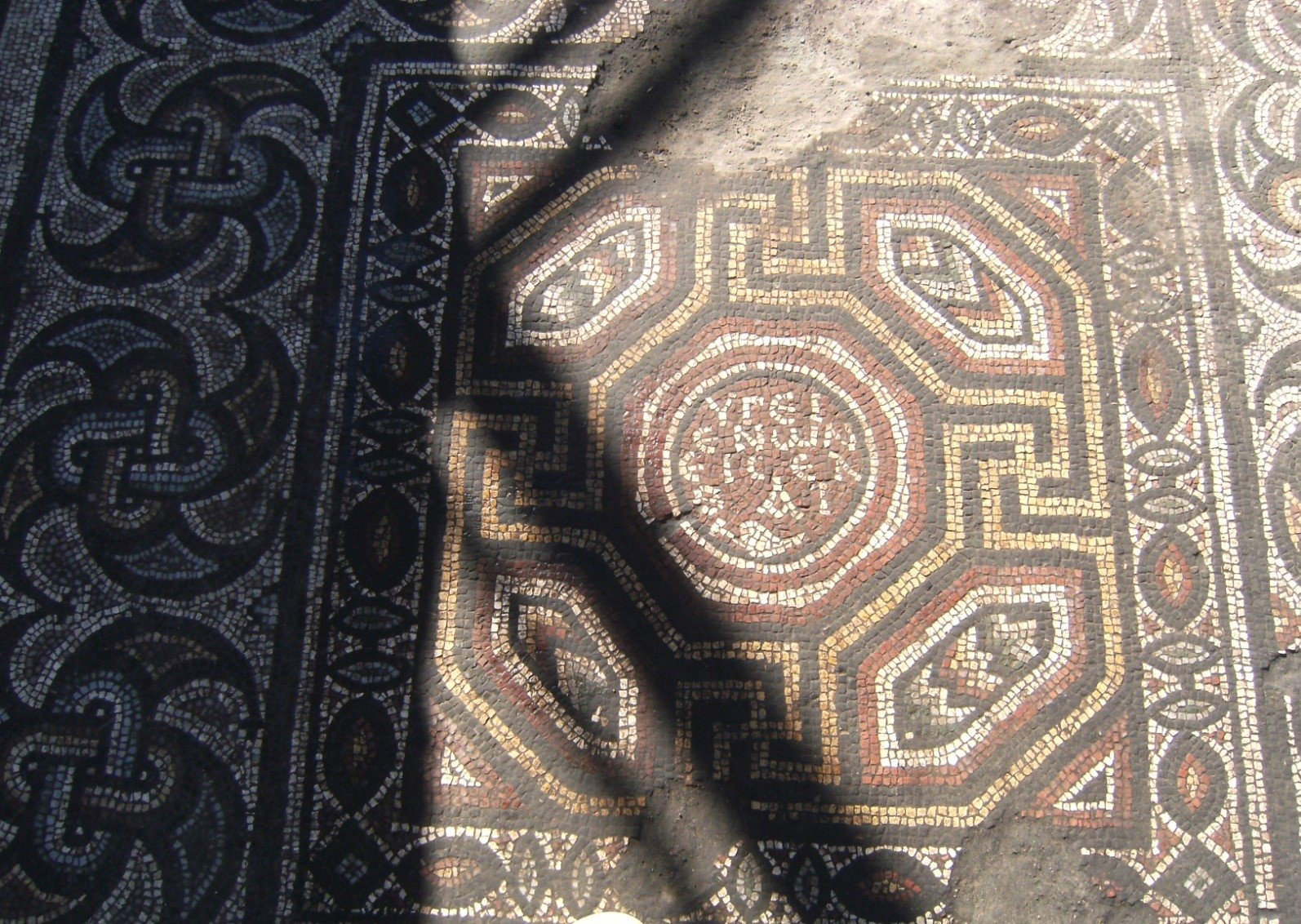 According to a statement by the Kayseri municipality on Wednesday, archaeological excavations were initiated under the supervision of the Kayseri Museum Directorate with the support of the Metropolitan Municipality in Incesu. During these works, examples of late Roman and early Byzantine houses, ornamental patterns in floral and geometric designs and Greek and Latin inscriptions were unearthed.

However, the Byzantine mosaic structure stands out among the discoveries for its well-preserved state. More than 10 rooms were discovered in the structure, which has approximately 300 square meters of solid mosaic floor tiles and is the largest mosaic in central Anatolia.

Two mosaic inscriptions were also unearthed in the building as a result of salvage excavations. A mosaic with Latin script was located at the base of a rectangular building, while another mosaic with Greek script was found on the floor of another partially well-preserved walled building.

The Latin mosaic reads: "On the occasion of its 30th anniversary and with our prayers for it to reach its 40th anniversary. This building (Fabrica) was built under the leadership of his friend (Comes) Hyacinthos. You, O building, have now reached the most magnificent level."

The Greek mosaic reads: "Enter in a healthy way" or "Enter if you are healthy."