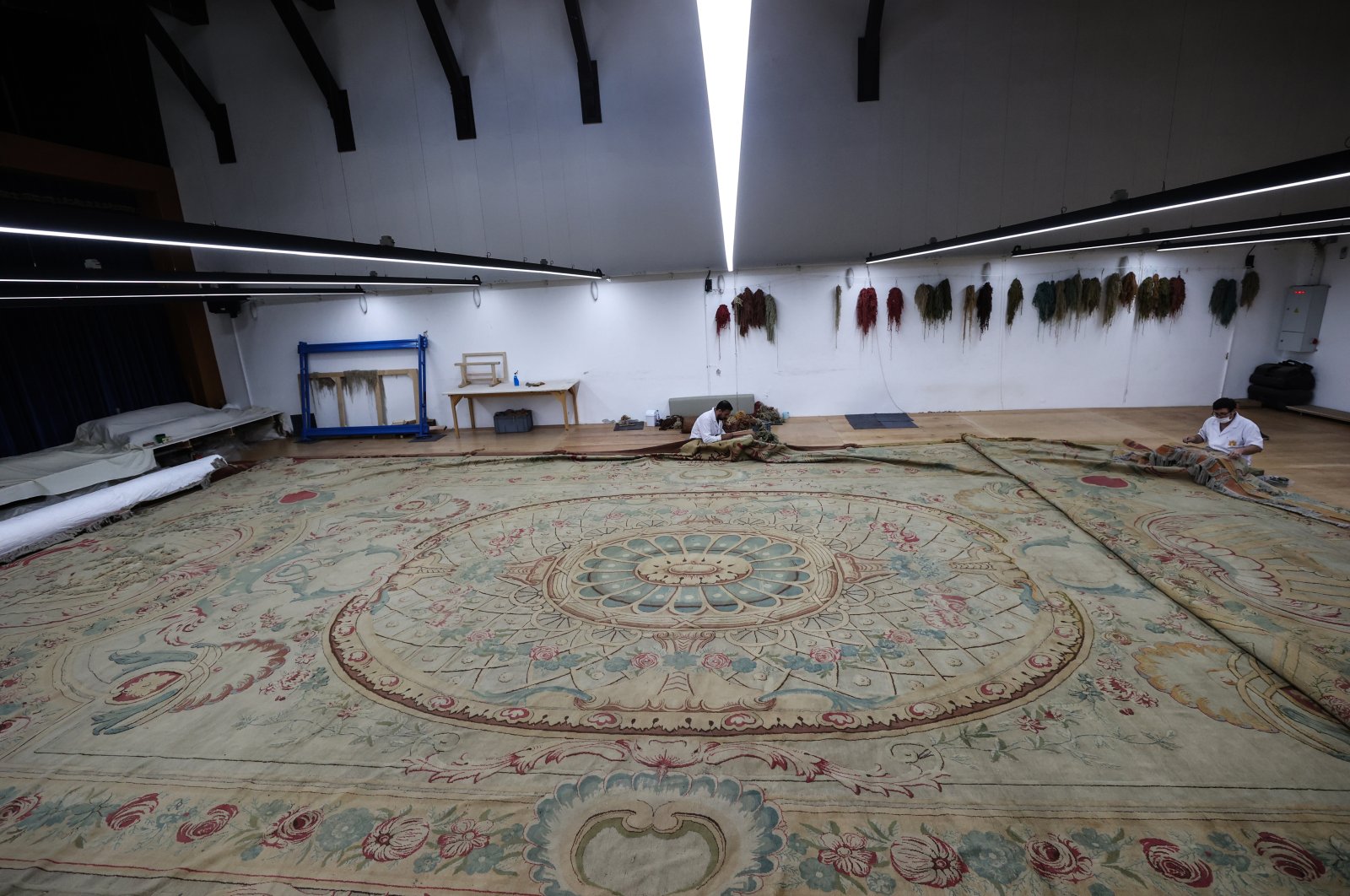 Restoration work has begun on the largest carpet in Istanbul’s Dolmabahçe Palace, which was once the residence of crown princes during the final era of the Ottoman Empire. The 124-square-meter Hereke carpet is being meticulously repaired by eight experts in the workshop of the Yıldız Şale Mansion.

The 119-year-old carpet adorns the floor of the Great Ceremonial (Muayede) Hall of the palace, where official ceremonies were held during the Ottoman period. It was woven at the Hereke Imperial Factory (Hereke Fabrika-i Hümayunu) for the hall in 1902 during the reign of Ottoman Sultan Abdülhamid II. The carpet is adorned with embossed rococo patterns and was produced in a European style with Turkish knots.

Mustafa Köksal, who is in charge of the Yıldız Şale Mansion Carpet Workshop, provided information about the carpet: “It is a carpet that has witnessed 119 years of history. Its weight is close to a ton. Some parts of it have been damaged due to the sun. We started working on it four months ago and plan to complete its restoration in eight months in total. We have completed 50% of the repair. After the repairs are completed and the examination is done, we will return it to its place."